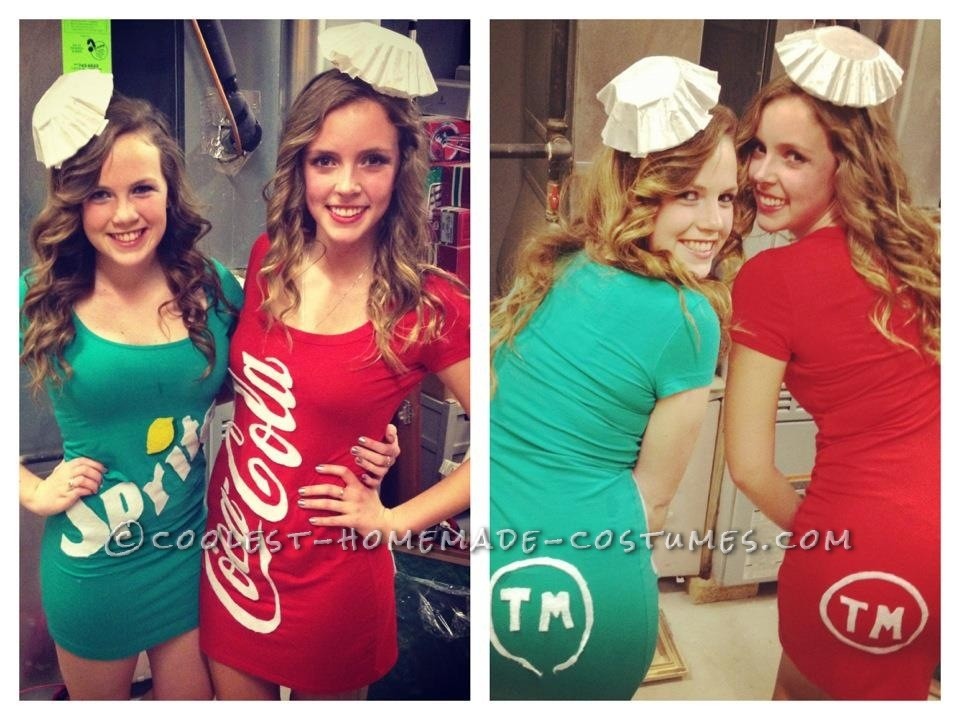 Weeks before Halloween, my best friend and I were pondering costume ideas because we had a huge costume party to attend. After long hours roaming boards on Pinterest and gaining inspiration, I came up with the idea of Soda Cans. We went to the store to find colored dresses before we decided on what flavor and brand of soda we would be. Red and green meant Coca Cola and Sprite.

We printed out the logos for the cans on a large scale, cut out the logos, traced them onto felt, cut out the felt, and then glued the felt on the dresses. The whole process took about four hours. After finishing the front of the dresses, we came up with a funny (and a little inappropriate) idea. We created trademark emblem on our butts. Those were a hit! And to finish off the costume, we spray painted coffee filters silver and mounted them to headbands to create “bottle caps.” In the end, we won the award for Best Costume and had a wonderful time in the making. They were by far my favorite Halloween costume to date!