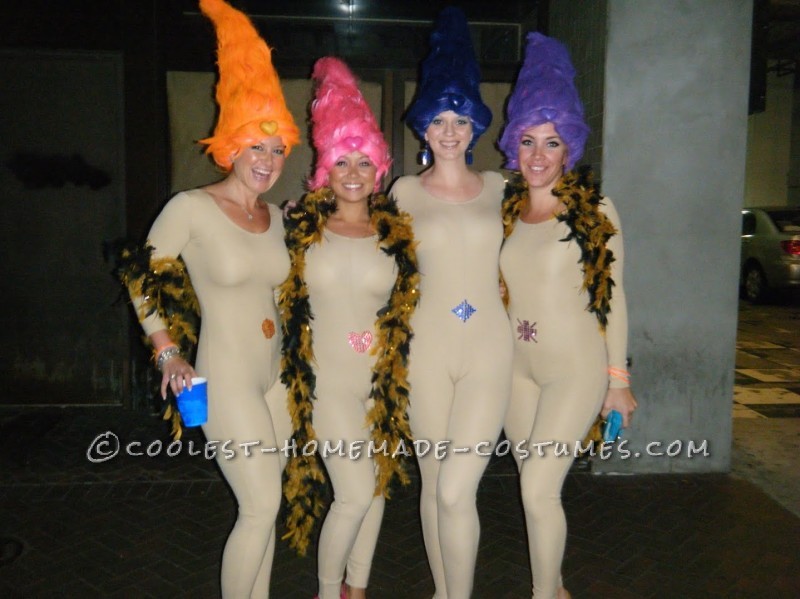 We decided to spend Halloween in New Orleans and to dress up as our Treasure Trolls. Our costumes were a huge hit on Bourbon Street!

We found a Treasure Troll wig online, it was about $25, but it only came in pink. We had to spray the other colors with hairspray color. It worked perfectly. We chose to do full nude bodysuits as the base of our costume (we purchased these online for around $40). They were super comfy and surprisingly forgiving in the areas you’d be extra self conscious about. We had originally planned to wear a tutu as well, but when we put them on it looked really weird. We created our shapes on our bellies from jewels we purchased from the craft store and used tacky glue to paste them onto the bodysuit. A few ended up falling off by the end of the night, but for the most part they stayed on.

We definitely did not anticipate how much attention we were going to get while walking around New Orleans. We realized that we basically looked nude because we didn’t have any skirts on, just our bodysuits. So, we bought some boas to fix that and the rest of the night was great! We were even able to make it to the Saints game. I do not recommend anyone with 3 feet of hair standing up to go to a football game, needless to say, the fans who had to sit behind us were not thrilled. We placed 2nd place in a random costume contest and had such a good time bar hopping and meeting new people.

We were astonished at how many people had no clue what Treasure Trolls are!! Made us feel so old!

This was one of the most fun costumes I’ve made and it was very minimal preparation for the costume. 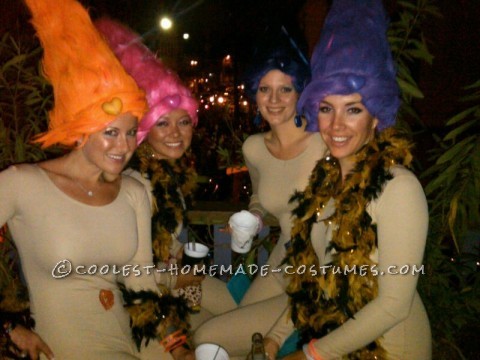 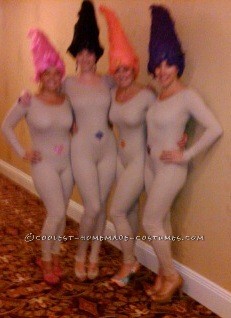