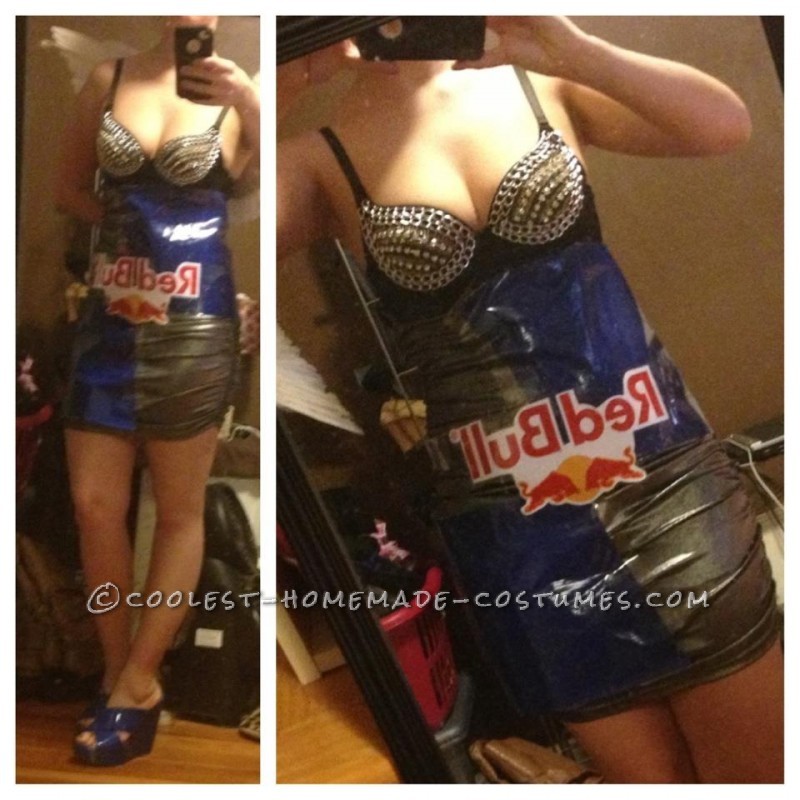 After several years of spending $100’s of dollars on one-time use Halloween costumes, I decided to get more original and make my own this year. The idea of being a Redbull energy drink came to me after consuming quite a few this past month to stay awake! Haha.

First I purchased a sexy silver dress. The one I found had a great bustier rhinestone chain top which made the bottom 3/4 of the dress the perfect size and shape to be a can. Next I printed out a classic Redbull logo, purchased these awesome blue duct tape sheets, and found a cheap set of angel wings.

I spent a few minutes trying to get the angels of the blue and silver checkerboard and logo centered right. I peeled the duct tape sheets and stuck them to some plastic wrap to make it more flexible with my body  (my main concern was not to ruin the actual dress itself because I wanted to be able to wear it out to the club and get more than a one time use out of it!). So originally I tried holding the pieces in place and wrapping plastic wrap around my whole body which would have worked, but I found it difficult to move, not to mention my body heat seemed to have doubled just from standing there, never mind when I’d be dancing all night. Ended up just using some clear packing tape which was sticky enough to hold the logo and squares in place without ruining the dress once I wanted to take it off. Throw on those angel wings and TA-DA!

I got so many compliments on the costume AND the actual dress which I’ll now be able to wear again and again! 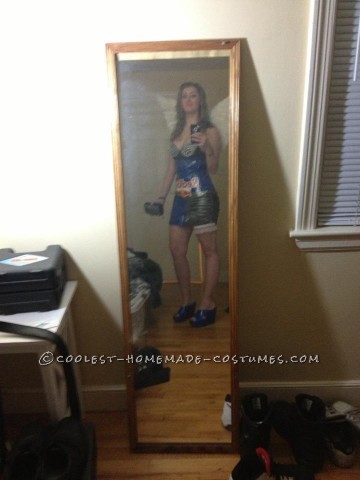