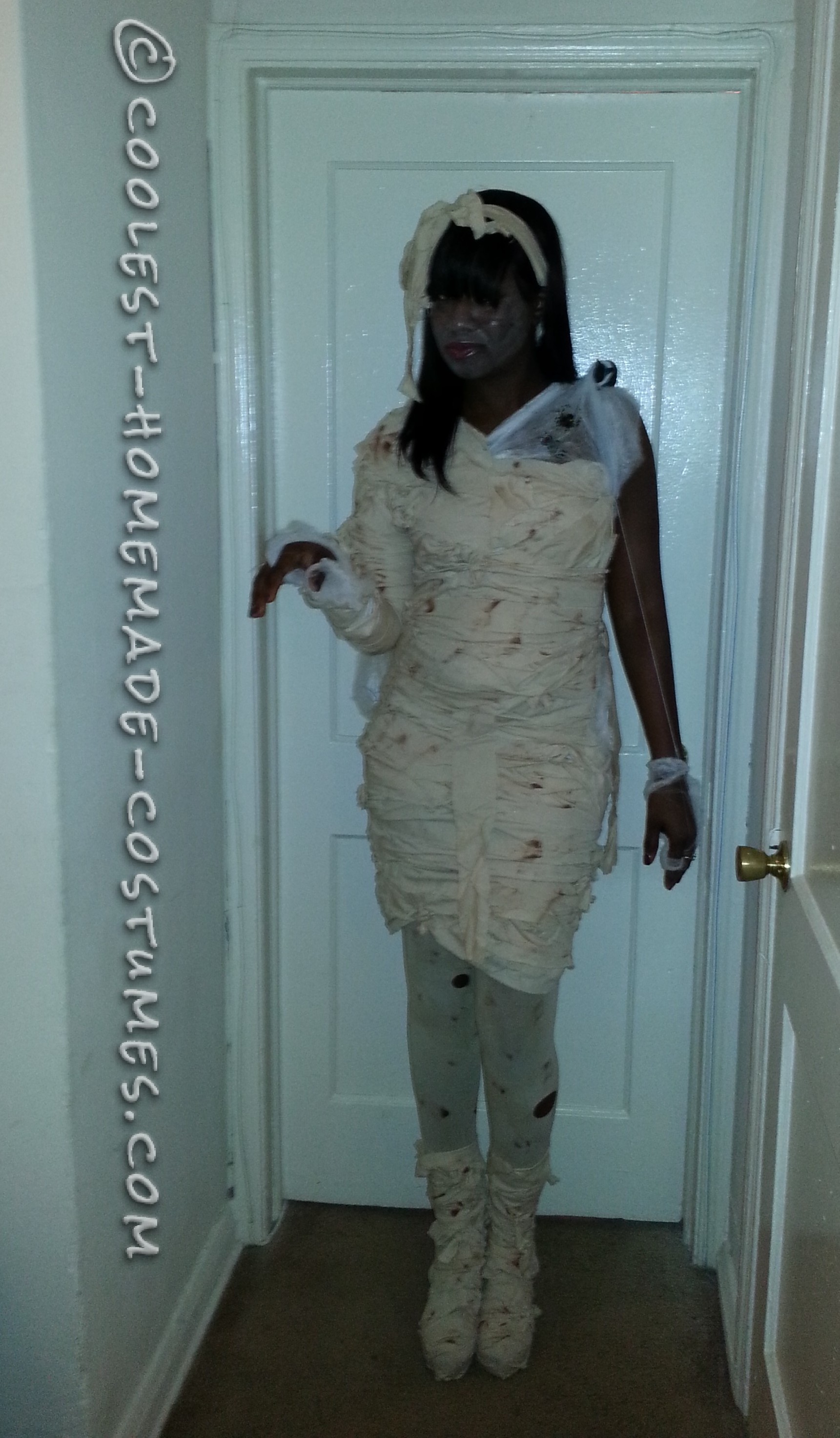 So I’ve been struggling to figure out what costume I wanted to be for Halloween this year. I refused to pay 50 dollars or more for an outfit I’d only keep on maybe two hrs, and then it hit me it would be cheaper to jus make my own. The easiest thing to me a mummy, or so I thought. I went in Walmart and bought some material that look like bed sheets, tea bags, bugs, a spider web, face paint, glue gun and glue sticks. These materials alonre cost a little over 20 dollars so I was winning. That evening I ripprd da meterial into strips and soaked them overnight in tea water to give it that ancient ruin color. About twelve hrs later I took the material out of the water and put them in dryer to dry of course. After they were dry I began to tie strips into pieces of five until all strips had bern used. Then came the easy part, the mummification. What seemed pretty easy was very difficult.First I began by wrappin my shoes which was nothing. A piece of cake. Then moved on to start my body. Every time I wrapped the material around my thighs it would fall.I had to get my mom to help me. After two hours of wrappin n gluing pieces I finally became a one sleeve dressed mummy! I then added webs, bugs, and brown make up to give it more shazam. People loved my outfit! It was original and unique. I was the only mummy roaming the streets that night. I was soooo proud of my wrk! 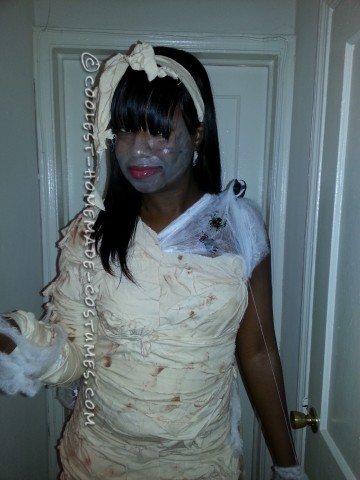 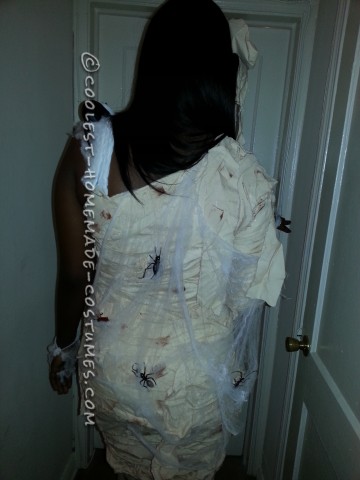