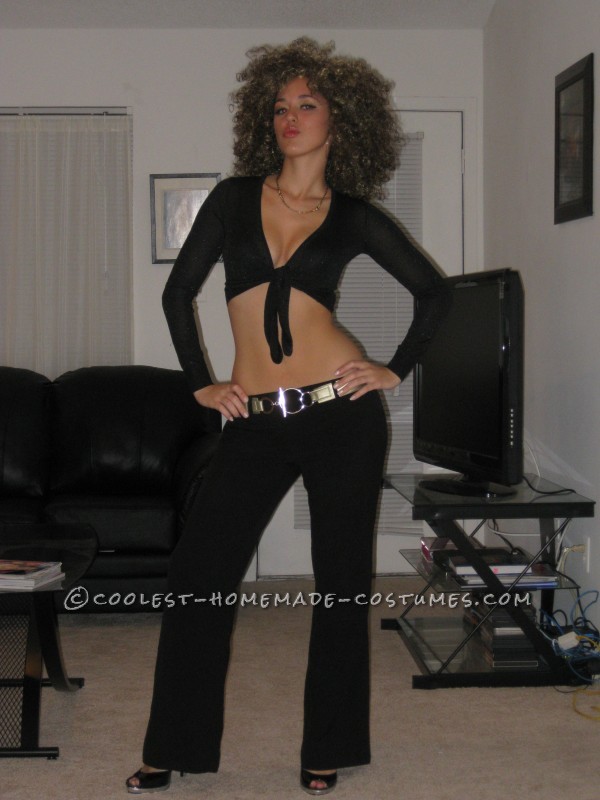 I was Foxxy Cleopatra (Beyonce’s character from Austin Powers), mostly because my friends wanted to be Austin Powers and Vanessa Kensington.  It ended up being a lot of fun though.  Unfortunately, I couldn’t get my hair to do this, so I used an Afro wig and luckily I just borrowed one my friend had from when she was Scary Spice.  I already had the black pants, belt, and silver/black stilettos.

I made my foxy necklace by printing out a color image of her necklace from the movie, cutting it out, and “laminating” it in scotch tape–hey, I was in college and broke.  Then I simply taped it onto a gold chain necklace I already had.  I bought the little black long-sleeved shrug at Plato’s closet and just wore it as a shirt (again, college!) and voila!  Although, I did wear a nude tank under it to make it a little more conservative for one party we went to.  I can’t tell you how my friends did their costumes, but it was fun. 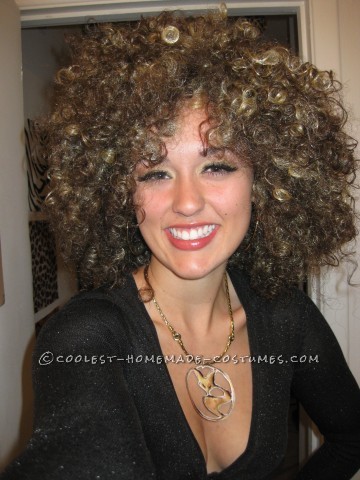 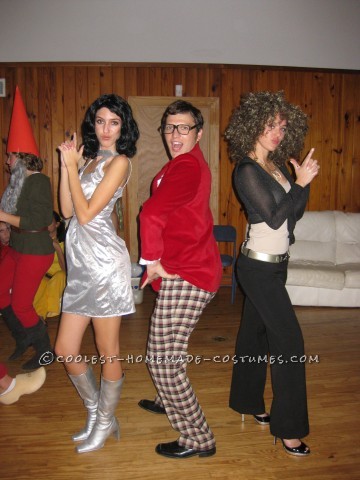