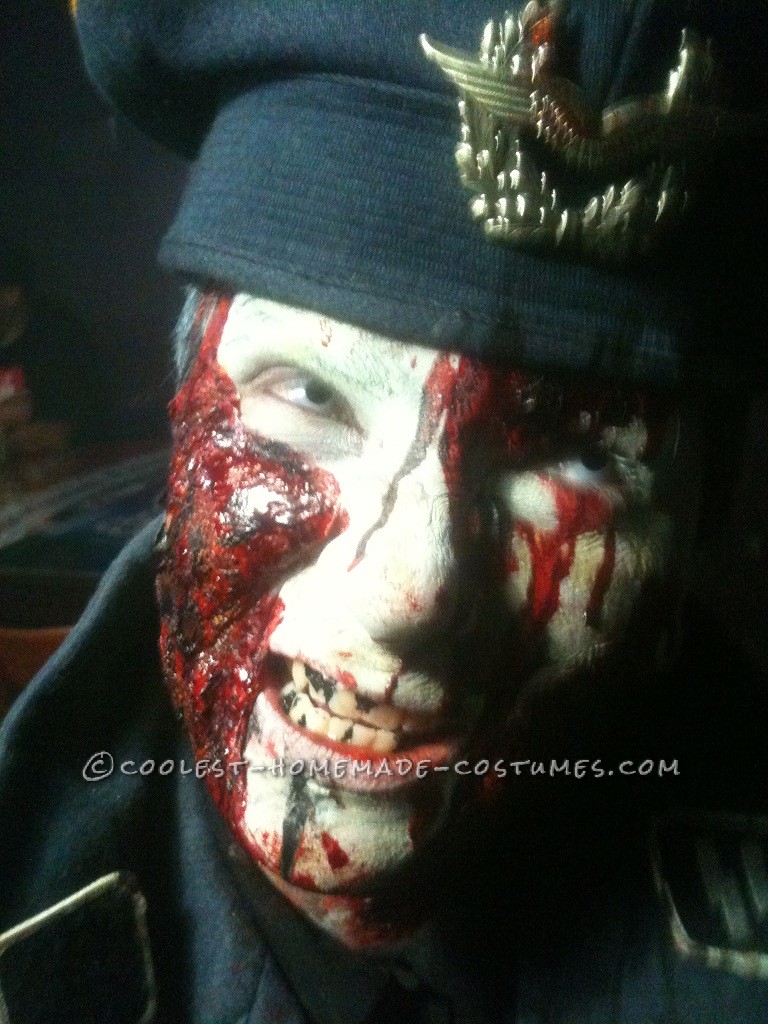 My boyfriend and I decided to be zombies this year. Sorry there are only two pictures and not full body but we were out and we forgot to take pics until the last minute. Since I have short hair, we decided to be military zombies. I was from Germany and he was from Russia. I had these old coats and military hats that I had gotten from an antique store years ago and thought they would be perfect. I know it’s hard to tell..but we both have military pea coats on.

We were green in color. I took just a dab of green paint that I got from the dollar store and mixed it with white until I got us just the right shade I was looking for. For the bloody parts…I put some liquid latex on different parts of our face and then laid a piece of toilet paper on it. I then busted out with the hair dryer and dried the toilet paper until it was hard. Once it was hard, I used red lipstick to color it, then dabbed blood over it as well and let it run.

We had white contacts for our eyes and used black wax for our teeth. People loved us and even thought that I was a boy. YIKES! I even had some girls hitting on me. O.o We had lots of fun and won best couple and my boyfriend won scariest. When I told him I was going to take a picture he decided to add some spit for the extra effect. 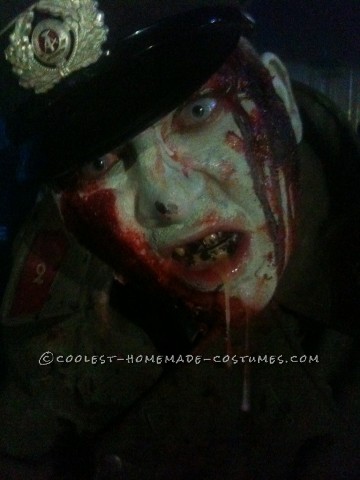