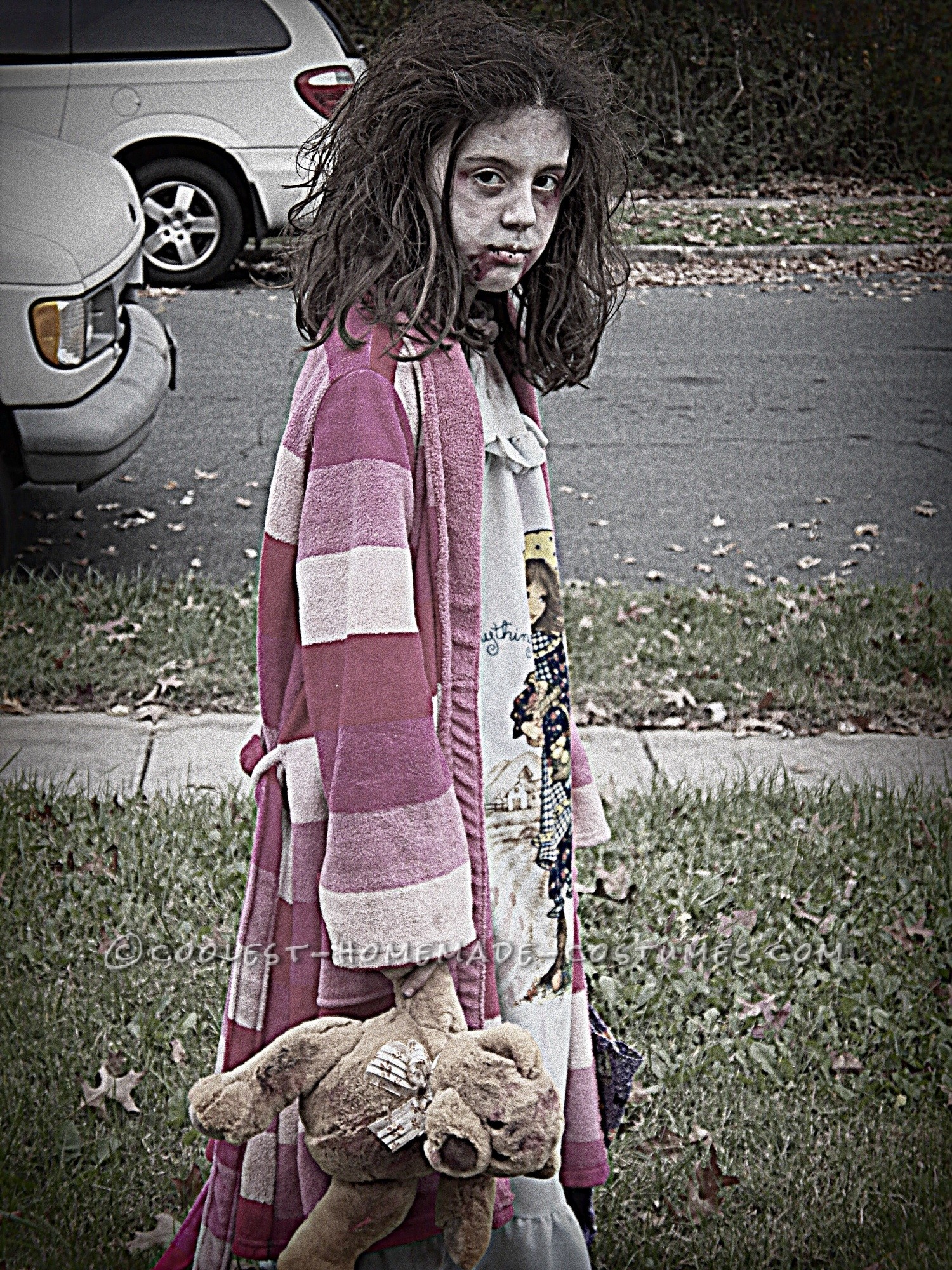 This is the second year in a row my daughter wanted to be a zombie! Last year was a zombie princess. This year she wanted to be like the little girl from the Walking Dead. The one that’s in her pajamas in the first episode.  Since we live in Maryland and its kinda cold, we had to go with warmer pajamas.  First place we went was the thrift store! We must have just been lucky! We found the perfect nightgown that was old school looking and flannel!

Then we found a robe, which originally we weren’t gonna get, but glad we did! It seemed to really make the costume!  She wore sweatpants underneath and some old slippers as well.  The last touch was an old stuffed bear that we already had.  The next step (after washing the clothes from the thrift store) was to dirty up the clothes!! We uses tea bags and brewed them up and soaked the clothes in the tea bags.  Then using sand paper we scuff up and even make some holes in the nightgown.  Using some fake blood or blueberries to bloody up the from of the nightgown.  I let her help and she got some mud to rub on along with leaves sticking to bottom of nightgown.

The best part was the hair and makeup! We tease and hairspray the hair to make it messy! She loves this part!! Then the face makeup. We wanted to to look kinda real so suttle is the key- she likes it when it looks real, not ridiculous and fake with real red blood- darkening the eyes and just the right about of bloody chin!! Don’t over do it!!  tear really gets into the part!!

She seems to love dressing up like a zombie!! She watches Walking Dead too! I know she’s faring, but she knows it’s fake and even loves to watch the shows when they show them getting in to makeup and how they make the zombies,  who knows maybe she will go into makeup design for shows one day!!? We got so many comments on her get up!! People really love her outfit! I think it’s because its not too much, just the right about of zombie!! We didn’t go overboard!! Especially this picture, so many of my friends commented on it and thought she had the best  zombie costume they saw!!