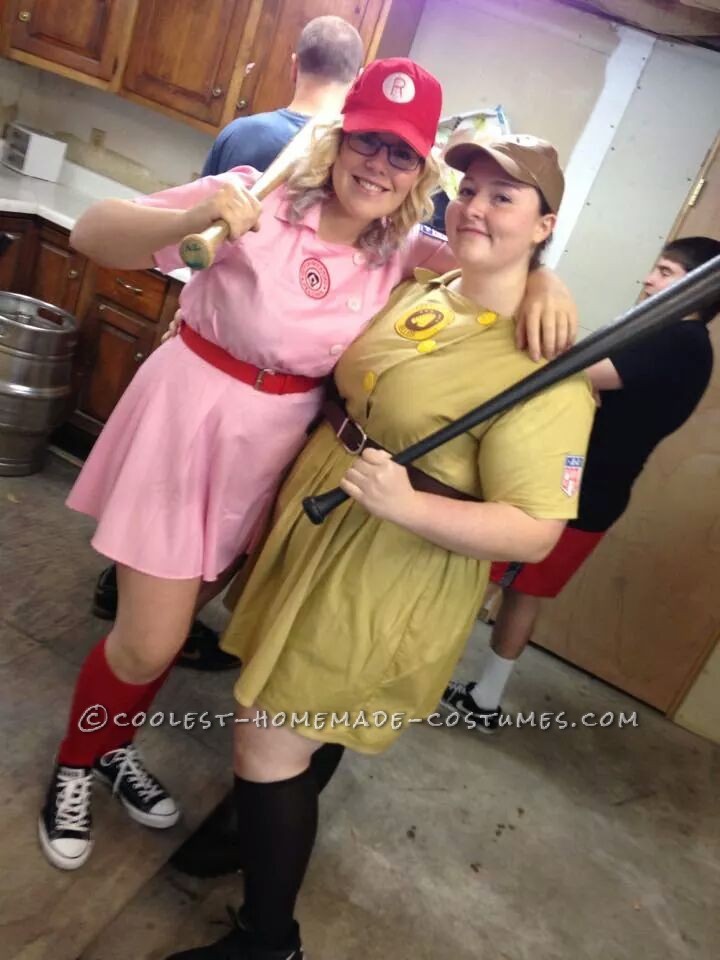 This was my second year making my costume and I think it went really well. My friend Tara decided we should do a league of their own. I was all for it, I mean it’s such an awesome movie. With about three weeks left before halloween Tara decided to buy her costume because it was getting down to crunch time. In an effort to not stress myself out I agreed and bought mine.

When I took my costume out of the package I was rather disappointed. The patch was half ripped off the hat and the chest pack was sideways. I thought to myself that I could do so much better than that that, so the next day I went to Joanns and bought three yards of fabric, buttons, dye and iron on paper. In one day I made the dress except for the sleeves. I was super pumped because it wasn’t too bad and it actually looked pretty good.

My next two weeks were super busy and I wasn’t able to work on my costume again until two days before I needed it. Super paranoid; I wasn’t going to finish, I stayed up late and did as much as I could. I used a T-shirt as a template for the sleeves and hoped for the best. I dyed it the night before and was rather upset with myself because I felt the color was so far from what I wanted. Much to my surprise it looked ok! Better than OK, it looked damn good. When I got to the party everyone was amazed that it was a homemade costume. I looked just as good as my friend who had bought hers.