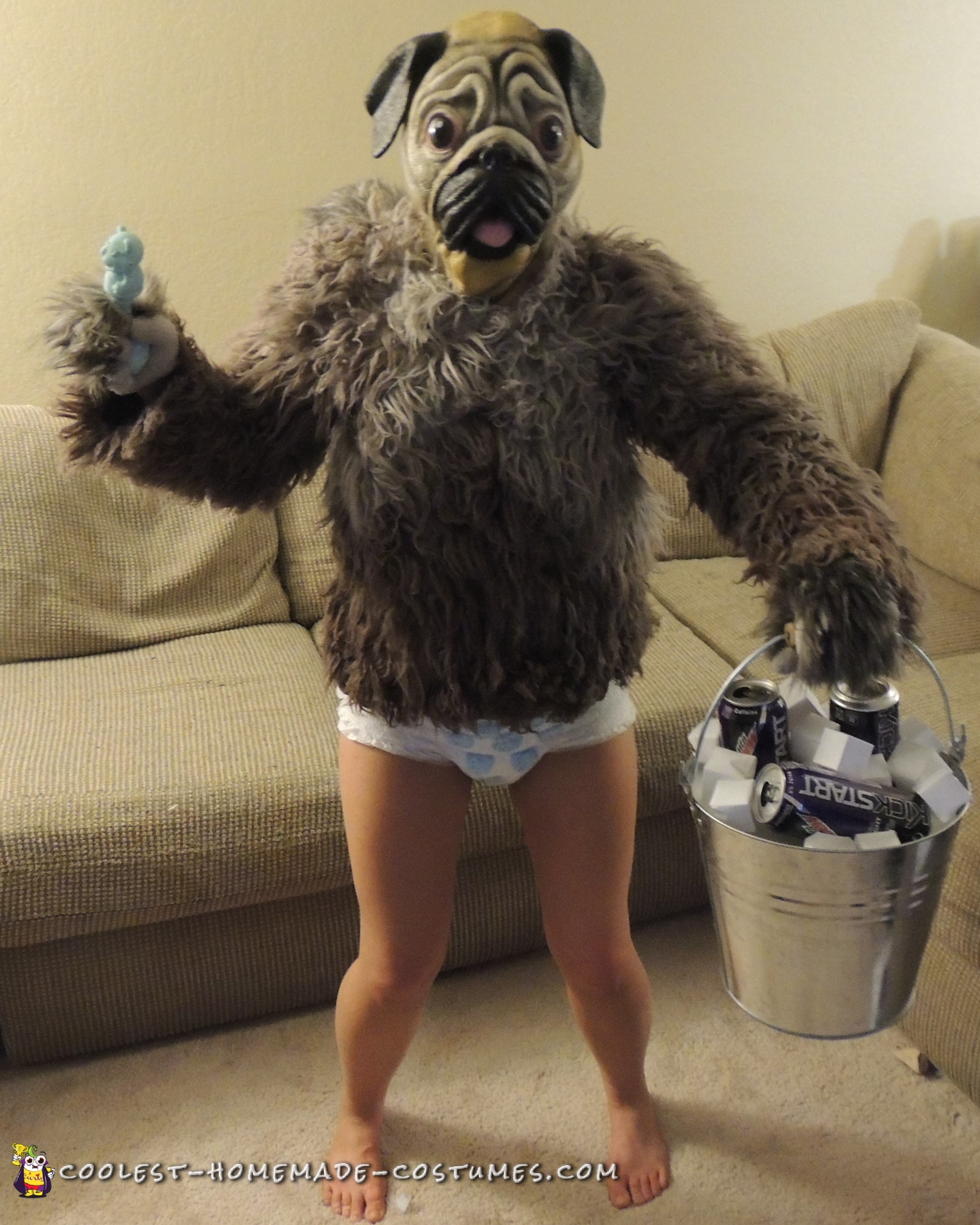 I knew I wanted to make a Puppy Monkey Baby costume since the moment I saw the commercial during the super bowl. I fell in love with the adorable/weird looking creature and knew it was so my style. Also, I only loved it more once I realized it also bugged my dad when I would go around saying Puppy Monkey Baby and doing the dance simultaneously:)

I would walk up to him and get in his face and say PUPPY (Lick his face) MONKEY (Try to lick his face but he would cover his face) BABY (Still trying while hes yelling LINSEY!!!).

First I bought a hairy jacket and some dye. It took many attempts to get it the right colors and the different shades throughout the body. I also sewed in a zipper and button so that it wouldn’t look like a jacket but an actual body suit.

I also got a pair of gloves. Then I cut my hand shape out of a piece of hairy fabric and sewed that onto the top of the gloves to give that hairy monkey hands look.

I bought a pool noodle and cut it in half then sewed hairy fabric to completely cover it. I took the end and bent it in a half circle then sewed it to the other end to give the tail look. Then I completely sewed the tail onto the jacket to give the full affect. It now moves as I move and looks very realistic.

I found and adult diaper (Which is very hard since they make them so discrete now, its hard to get that fluffy child look) and I painted the blue circles onto the diaper.

I found a bear rattle that makes the perfect sound and I painted it the exact light blue from the commercial. It took a few coats to really sell the color.

I also have a little voice recorder that I recorded the commercial with so I am able to press it and it sings the Puppy Monkey Baby song.

The mask is bought but i did make some alterations to fit my head better and make the face more centered. I also inserted a fan on the inside because that mask gets HOT!!!

And that is the creation of my Puppy Monkey Baby costume.

Omg do I get reactions!!!! Kids are either 100% interested in me, or 100% scared of me. Most adults know who I am and will even sing the song or do the dance with me, and of course insist on some photos. Even the adults who don’t know who I am laugh and take pictures and think it is the oddest thing they have ever seen. And of course if they admit to me they don’t know what I am it is straight to youtube to show them the video, because no one should be deprived of knowing Puppy Monkey Baby!!!!!

My cat is not a big fan of my costume however even though I know I have made her watch the commercial :) As soon as the mask goes on her tail puffs and she takes off running! She has even smacked at the mask when it was on the table by itself. My family and friends love the costume but laugh and shake their head as I wear it because they cant believe I would go out in public like that but I love it.

The only thing you need to know is the commercial is hilarious and odd and I love it. The costume itself makes me so happy, and it made me happy making it. I love to see people smile when they see it. Also, I loved reenacting parts from the commercial, recording it and sending it to people! I know tons of costumes will be iconic and known forever but this one won’t and I think that makes it special. In a couple years I bet people wont even remember this character so I knew I had to do it this year!!! 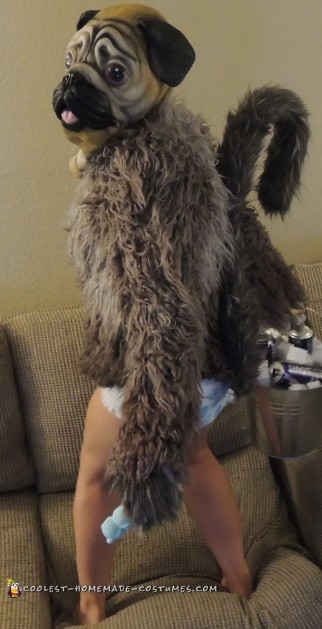 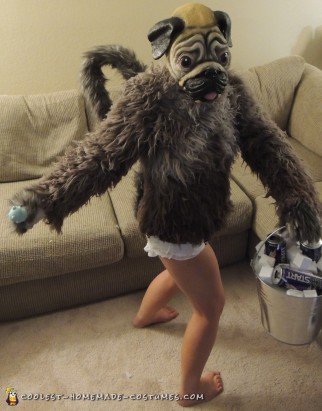 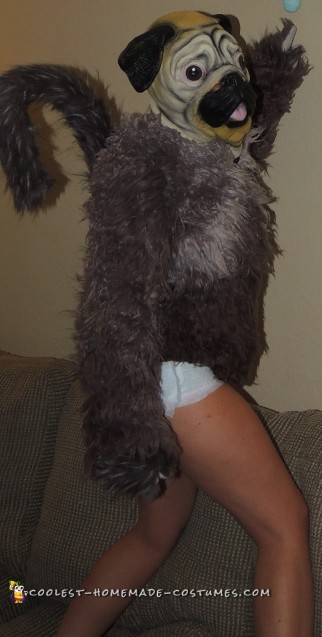 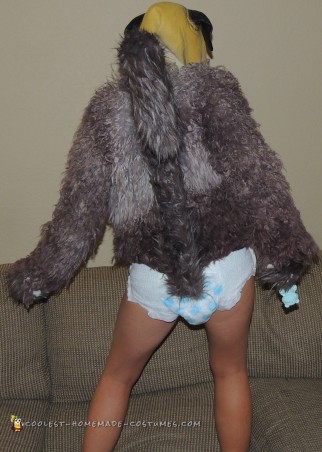 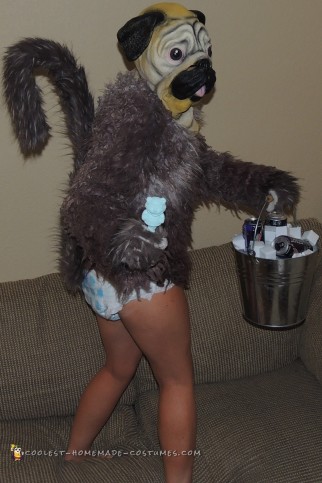 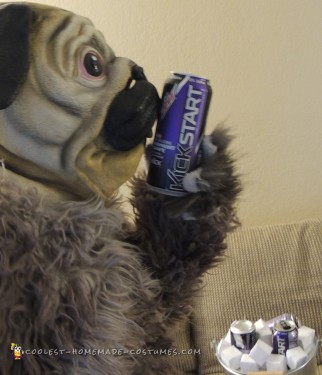 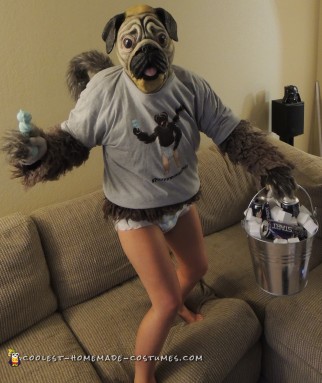