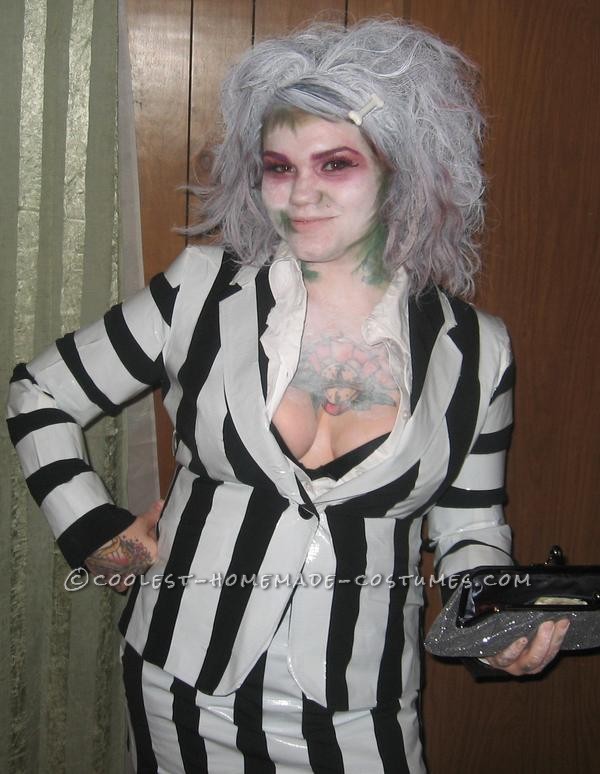 As years go by I always try to find new and inventive ways to become classic characters. What character embodies Halloween and the spirit as much as Beetlejucie?!?! In the past I had dressed up as Ace from Kiss which had turned out brilliantly. So I decided to make myself a cute female version of a punk rock female Beetlejuice costume for Halloween.

The costume was super simple and fairly inexpensive. I went to a local thrift store and bought plain black women’s suit jacket to pair with a pencil skirt I already had. Then (the most tedious part) I striped both the jacket and skirt with white duct tape. I wore a plain white button up women’s dress shirt under the suit jacket, a pair of fishnet stockings, black heels and a cute clutch.

For make-up and hair and I decided to go pretty simple…. I used white face paint as a base and used shimmery purple, pink, green and brown eye shadow to mimic Beetlejuice’s make-up. Then I just teased my hair sprayed white hair color spray over my red hair and finished it off with a bone hair clip.

My friends dressed up as other characters from the movie and we had a blast bar hopping. There are so many awesome one liners from the movie to play with. We didn’t, but definitely should have won best costume! To this day I still have people approach me and ask if I was the girl who was Beetle Juice! 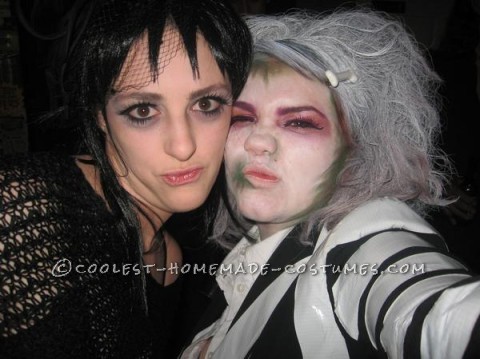