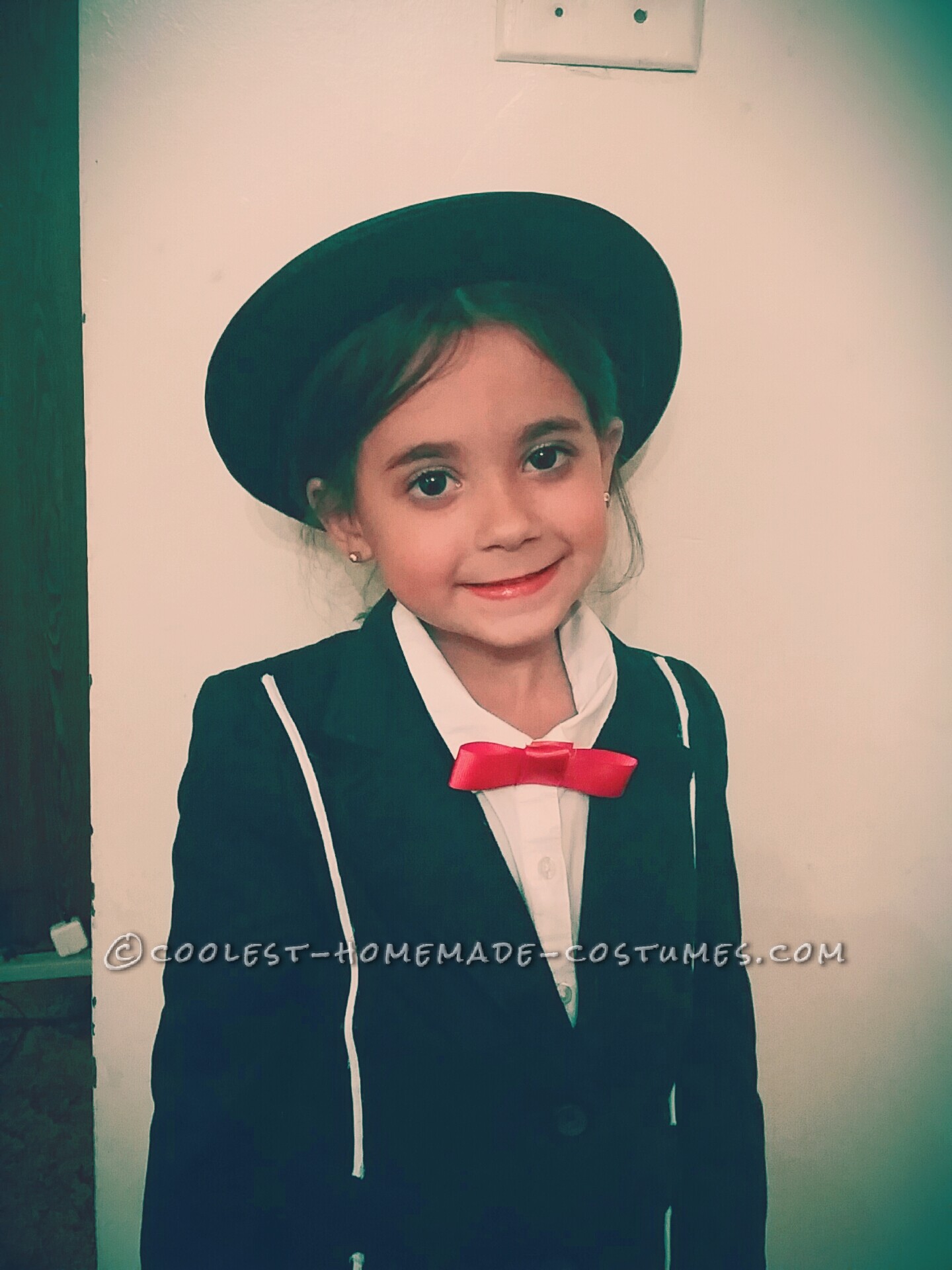 My daughter’s favorite movie is Mary Poppins, so of course that’s who she wanted to be for Halloween this year. At first I thought this would be a super simple costume but I was highly mistaken.

First I bought a Navy uniform jacket and took white piping and hot glued it to the front. Luckily, she already had a navy skirt and a white button up from her school uniform. The black tights are dance tights, and the shoes are just some black heels that she has around the house because obviously every 5 year old needs a pair of black heels.

The hat was a little difficult but not that bad. I bought a derby hat from a costume store in my area and folded it in work until I got to the height I wanted and then I cut it, covered the entire thing with black velvet and hot glued.

Then I hot glued daisies and little Christmas cranberries, even found it any hobby lobby during the season my daughter helped me out with this part and it was so much fun.

Now comes the hard part; I had to make umbrella. She had a Buttercup Powerpuff Girls umbrella, I put foil all over the top of it and then paper mache it into a Parrot-head which I then base coated with black spray paint and hand painted.

Everybody loved her costume and so did she. It was a lot of work but it was more than worth it to see how happy my kiddo was with her costume and I showed up the other moms a little bit.

If you’re thinking about doing this costume I know that there are a lot of options on Etsy and just buying them but it’s a lot more fun to be able to do it yourself. It’s a good bonding experience to hearing your kid or he doesn’t wear yourself you know that you have the best one out there. 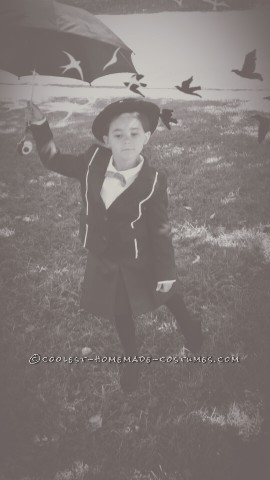 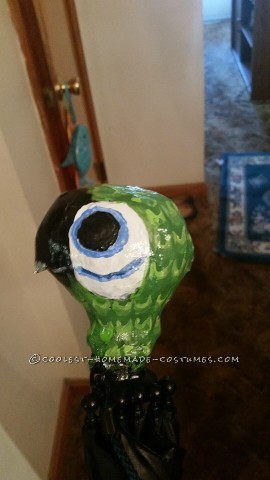 The History Behind Mary Poppins