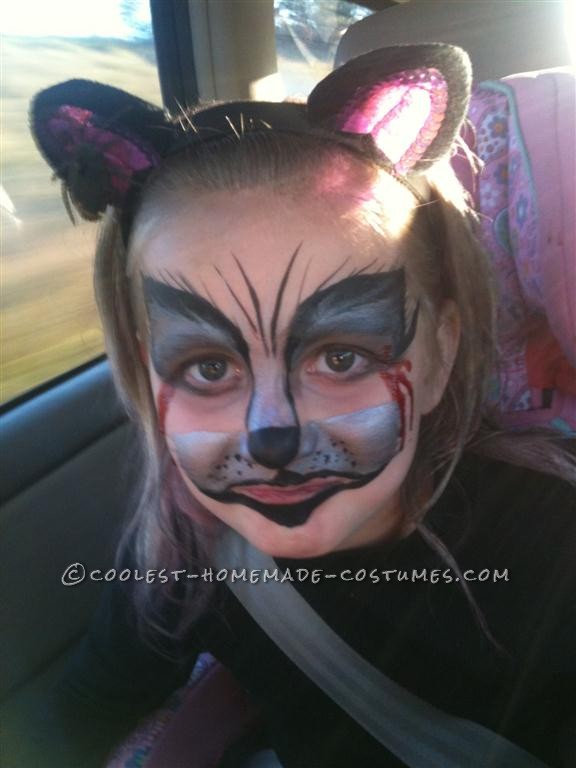 When I asked my 5 year old daughter what she wanted to be for Halloween, she responded: a cat. I thought, simple enough. But then she continued, “Except, I’m going to have blood coming out of my eyes and you’re going to be able to see my bones!!” Well, that’s creative but I knew I’d never find such a thing in the store.

She loves Halloween, and I couldn’t disappoint her. So, I bought a black fuzzy bodysuit, a life-size skeleton, and went to work. I removed the rib cage from the skeleton and sewed it on to the front of the bodysuit, but it wasn’t enough. I decided she needed a bone tail as well. I went on a hunt.

Finally, after many hours of shopping, I found (of all things) a beer-bong shaped like a scull with the tube part shaped like a spinal cord. Hooray! Once pulled apart, this became her tail. I sewed it on to the back of the bodysuit. Then, I added some black stringy yarn in patches to be the remnants of fur.

Of course, she is only five, so she had to have a little bling. She chose purple sparkly cat ears. She had black gloves that I hot-glued long, spooky, fake, purple fingernail onto for claws. I added some blood, additional patches of fur (with the stringy yarn), some roaches for added ickiness. Then I painted her face, and voila! She was a Zombie Cat!

Most people were quite surprised that my sweet little girl had such a dark side. It was a little funny watching her Trick-or-Treat next to a sailor girl and princess. But she had the best costume in town! 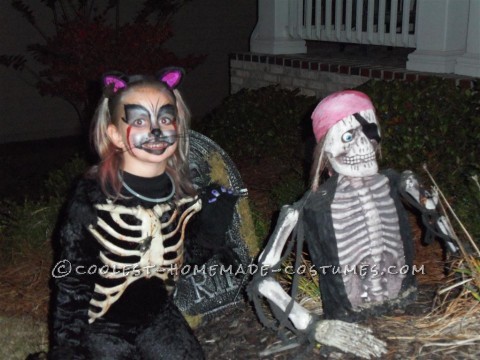 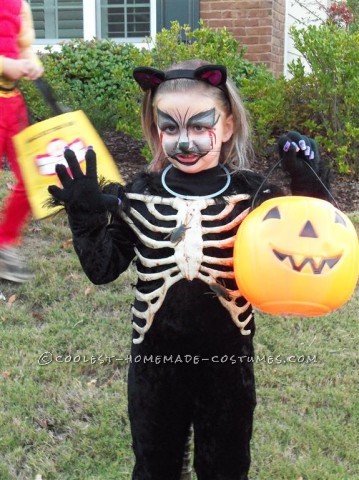 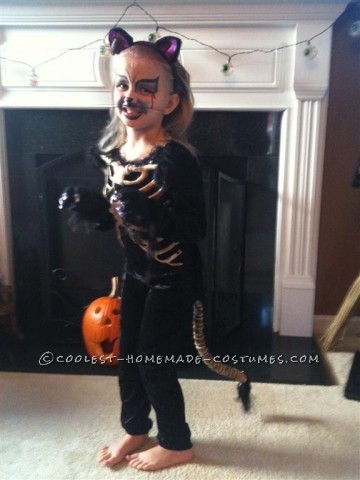