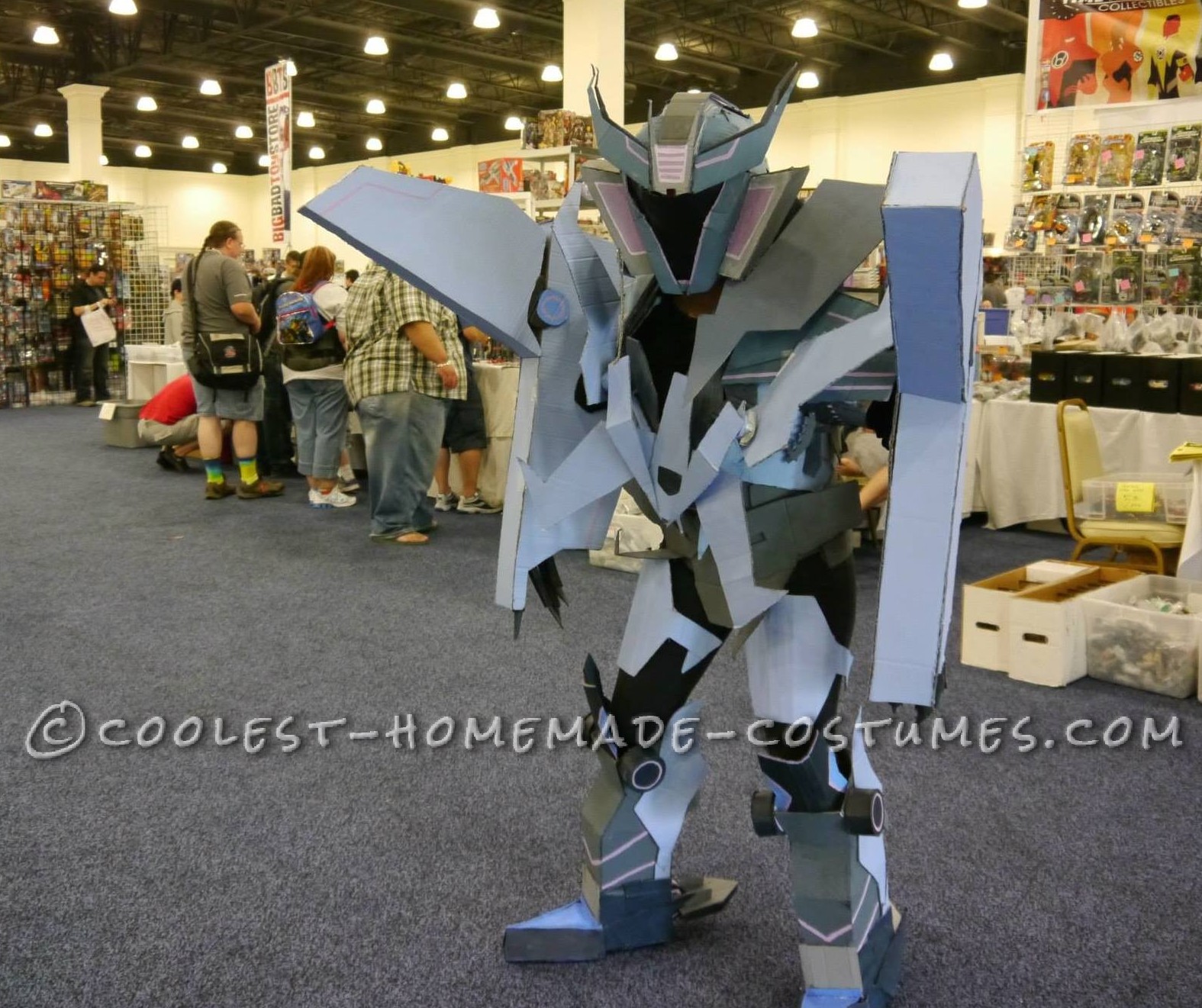 My costume was inspired by my favorite cartoon, Transformer Prime. I had no idea how I was going to pull of the complex design such as Soundwave’s, so I searched online for ideas and resources. Eventually, I found that the cheapest way to make my costume was to create it out of cardboard. So Costco became my sweet heaven, free-limited cardboard for the cos-player in need. At first I simply took small boxes, but then upgraded to the industrial size boxes that I carried home. I still laugh, remembering other people’s faces as I dragged those industrial boxes to my parent’s car. Once I settled in with the cardboard, I bought about six packs of glue stick and paint. I took me about two weeks to make this costume.

Cardboard is a harder material than it seems to be, I had some difficulties warping and cutting it, but eventually I got the hand of it. The most frustrating and hilarious part of this costume was creating the underwear. I kid you not, it took me twice as long to make a robot underwear than the head. It was like creating diapers for robots. But what I thought was even more hilarious were my neighbors who watched this happening. My most proud part was definitely the chest. Not only was it the hardest but it was increasingly complex with all the small details it had, but the end result was beautiful and I couldn’t have asked for a better chest. When I finished this piece, my parents were astonished by the details I had put into this work and with how little time I had done it.

I was really proud of myself, but I knew that others weren’t going to be as impressed. But I was wrong. I tried the costume out in a nearby convention and as my sister and her boyfriend started to put the costume, a group started to form. Once I was done, people started to ask for pictures and started giving me praises about my work. I was speechless. I had always been shocked by other costumes, but now that I built my own, I was living the dream. I entered the costume in a contest and even though I didn’t win, I made it to the second round. In my mind I could not comprehend how a first timer like me got so high up. On Halloween, I wore my costume to school and to treat-or-tick, I got the same reaction. Even better, I got extra candy. Overall, I am overly proud of this work. But unfortunately after two long usage, Soundwave broke apart and all that remains is his head. RIP SOUNDWAVE. 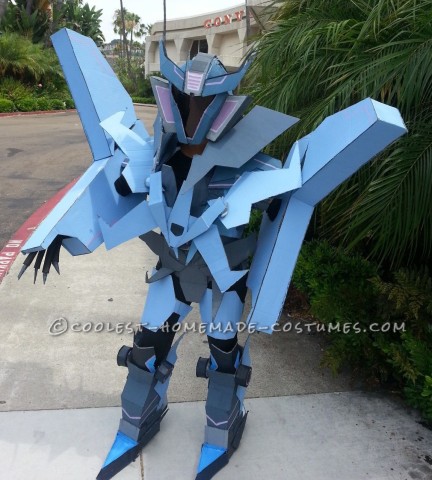 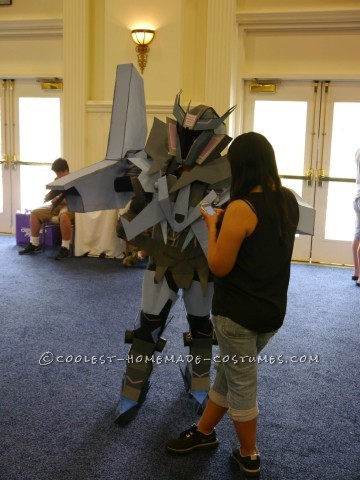 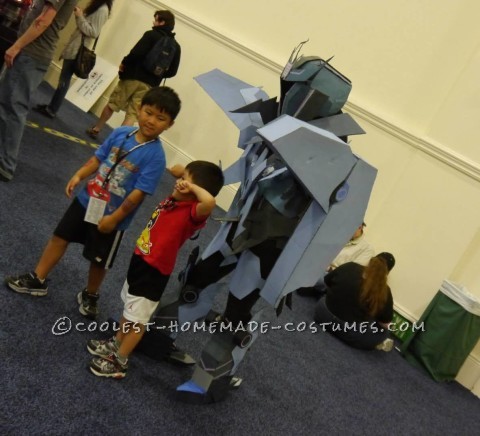 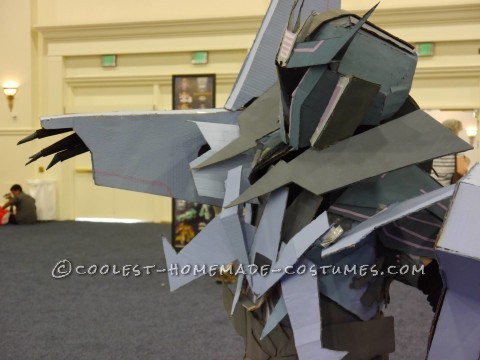 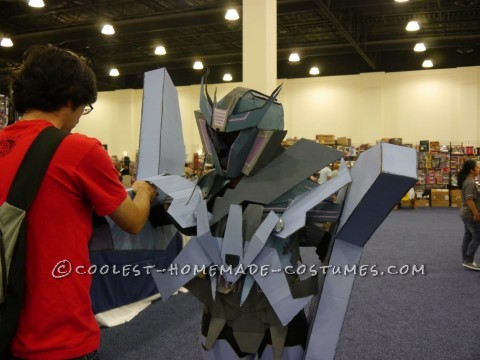 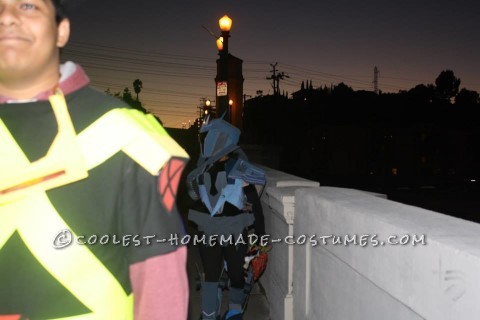 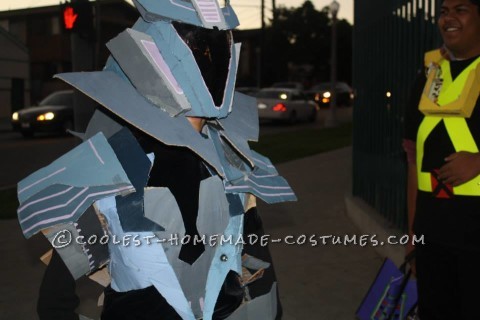