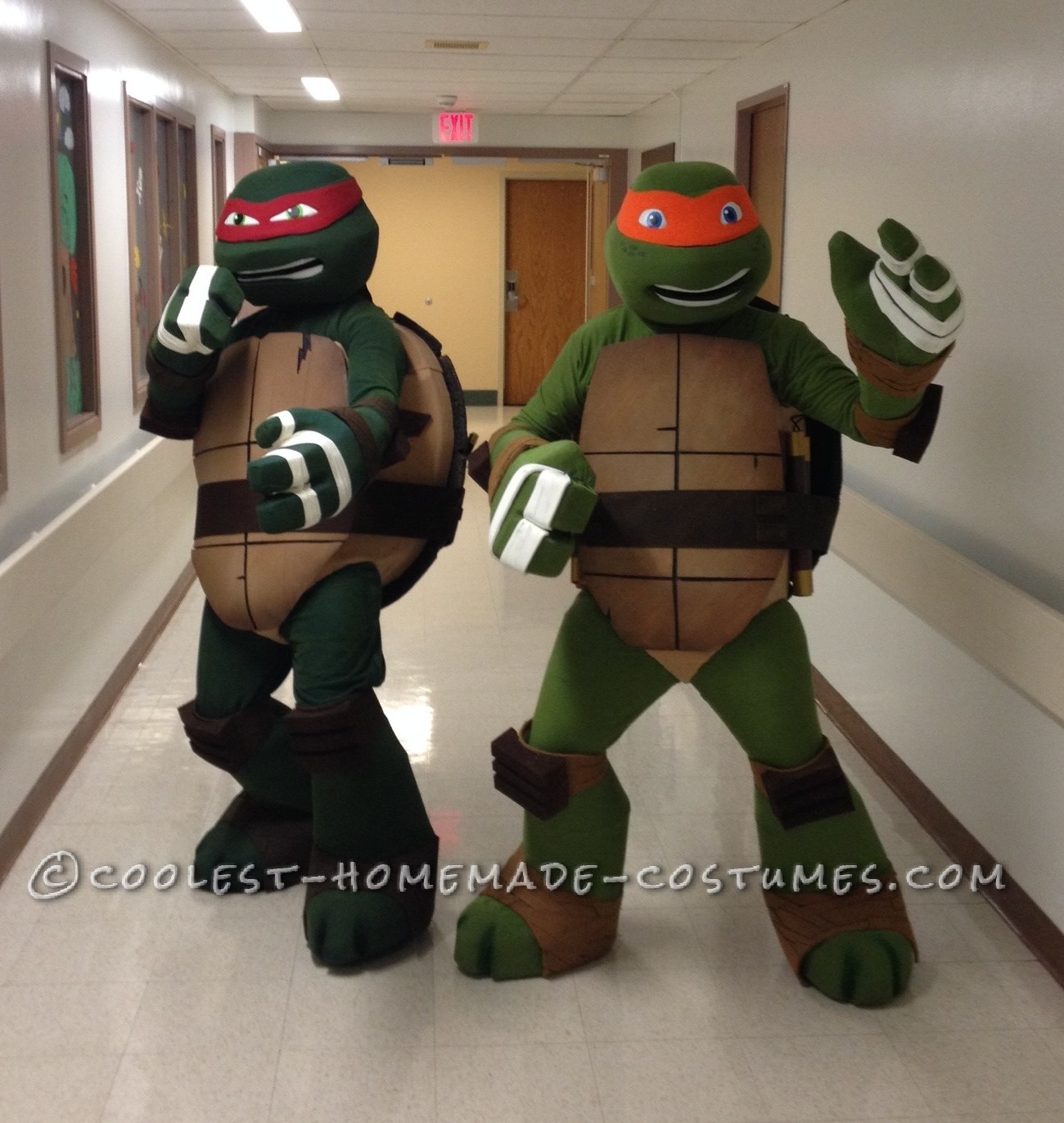 When we decided to make these costumes we only had one thing on our minds – what would the kids really like to see this year? See, we don’t just make the costumes to go out with our kids for Halloween. We also go to the Women and Children’s Hospital here in Buffalo.

he previous year 2013 we had the Monsters Inc. theme going. I (Raph) dressed up as a Scream floor operator, and Mikey (Chris) dressed up as the main star Sully. It was such a huge success that we decided to go again but this year as partners.

When we first arrived at the hospital I was very nervous seeing as I had never done it before in costume and wasn’t the center of attention. After seeing the first child though all the nervous flutters in my stomach went flying right out my mask. It was Tj’s birthday and he loves the Ninja Turtles. It made the whole costume well worth the time and effort.

Making the costume was just as fun as wearing it to the Hospital. We started with a few blocks of regular styrofoam that we had laying around the shop. We glued them together and Chris worked his magic sculpting them with his grinder which everytime he got into grinding, looked like a snow storm.

He started with the heads and then the shells. It didn’t take long to get them all done. Then a lil bit of light sanding and hollowing out the head and it was ready for fabric.

The shell is made up of some fence wire we again had laying around the shop, welded to fit our bodies (a lil snuggly I might add). Once the frame was covered in cardboard it was time for the EVA foam that we had bought. Some cutting and gluing and painting and we had out shells.

The arms and legs are both made out of the same EVA foam pepakura style laid out then joined and hot glued into shape. Once all shaped and fitted we covered them in more fabric. The legs and shirt are done a little bit differently from each other. I had made my shirt and shorts from scratch with a little help from YouTube. Chris glued his fabrics to an old pair of shorts and shirt and then stitched around the edges to keep everything in place.

Seeing it all come together was as exciting as wearing the whole costume for the first time and hearing everyone say how awesome it looked.