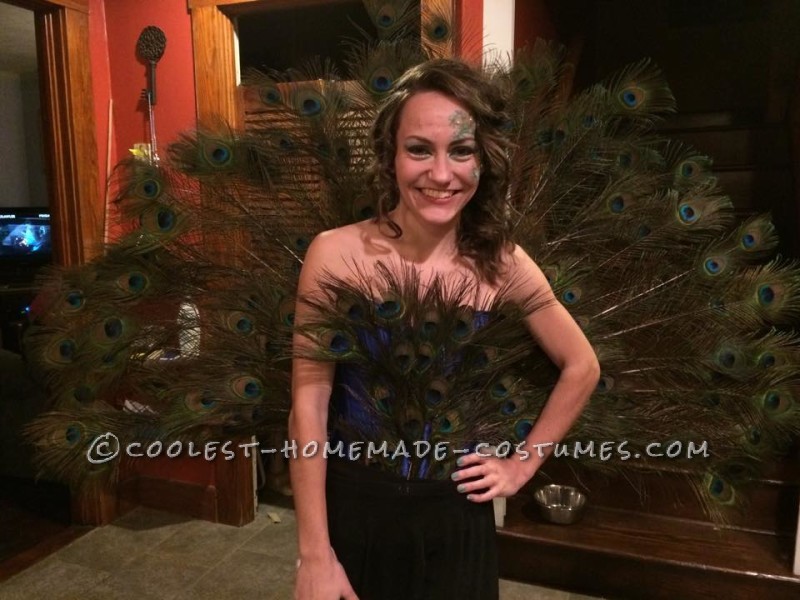 I bought my blue corset online from corsetchick.com it was one of the cheaper ones I could find, it was around $25 The tutu came from Walmart I found in the little girls dance section, it was very see through so I wore a black pencil skirt I had under it.

My corset had buttons on the front, so to hide them I took a few of the 10-12″ feathers and hot-glued them over them.

For the back part, I used a piece of cardboard, and cut it out into a half a circle. I covered both sides with black construction paper so you wouldn’t really see the back.

My makeup was hard to see because the blue eyeshadow I used wasn’t very bright and the green didn’t show up well in the pictures. I did a kind of feathery design on one side of my face and added little gems. I just used washable face-paint and a tiny paint brush.

The party I went to had a costume contest, and I won most creative costume. I got so many compliments. When I first decided to be a peacock I did not think the costume would come out that well. I was so happy with the way the feathers came out, they were the perfect height. It was just as much fun wearing it as it was making it

I’d recommend this costume to anyone, it was fun, and definitely got a lot of compliments. 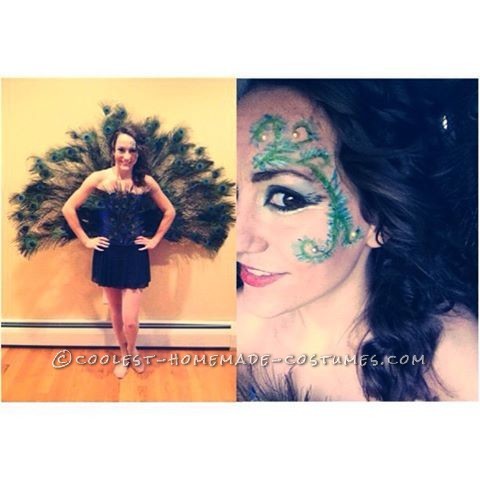 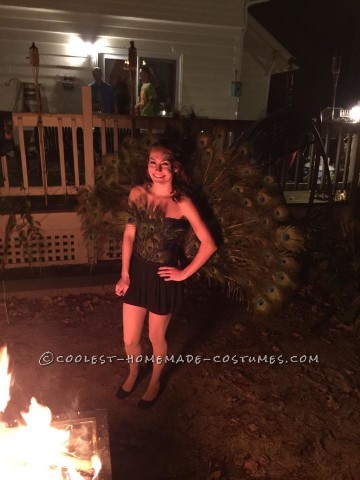