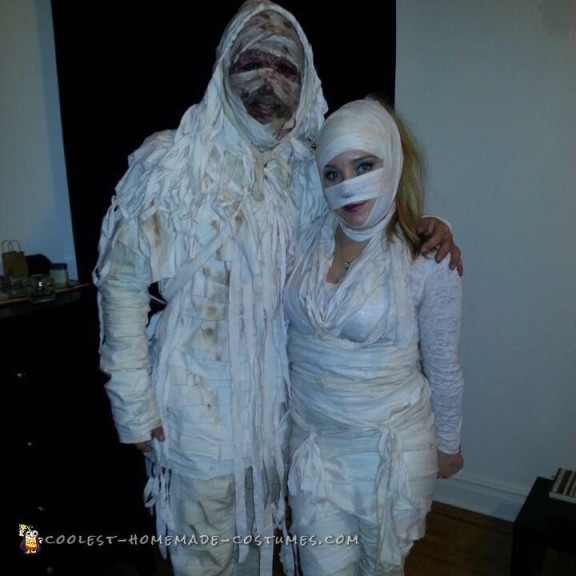 We decided to be Mummies for my boyfriends 30th Birthday and had to stand out from the crowd. It took about 2 hours to get ready.  We created these costumes by tearing sheets apart and dying them in tea to give them an old worn out look. For the mens costume we then sewed each oiece around the shirt and pants one by one overlaping the last one. we then shredded more tied them around to give it a shaggy look. We then used coffe grinds and halloween makeup to dirty it up a bit. My boyfriend used a prostetic mask on his face and used liquid latex and paper towels to give the rest texture and then used halloween makeup to make himself look old and decaying.

For the female (my) costume i bought white tights and a white skirt and a white shirt. For the skirt i glued gauze around to give it stretch so i could pull it up or down….for the legs i wrapped the torn up sheets around with spray glue and tied under the skirt. and for the top i did the same thing just wrapped and glued. as for the face i wrapped my head in gauze and did my makeup and used bronzer to give it a sort of older look.

We were being stared at and complimented the whole night and when my boyfriend walked into his surprise party they almost didnt realize it was him to scream surprise. Unfortunatly the bar we were at did not have a contest but we were told by numerous people that had they had one we wouldve won. My boyfriend was almost creepy to look at. It was alot of work and alot of preparation but in the end it was totally woth it. 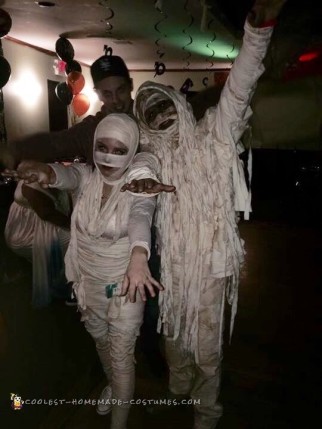 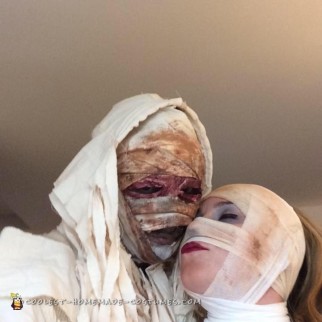 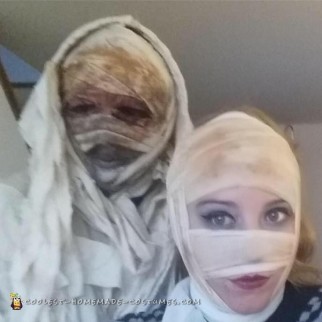