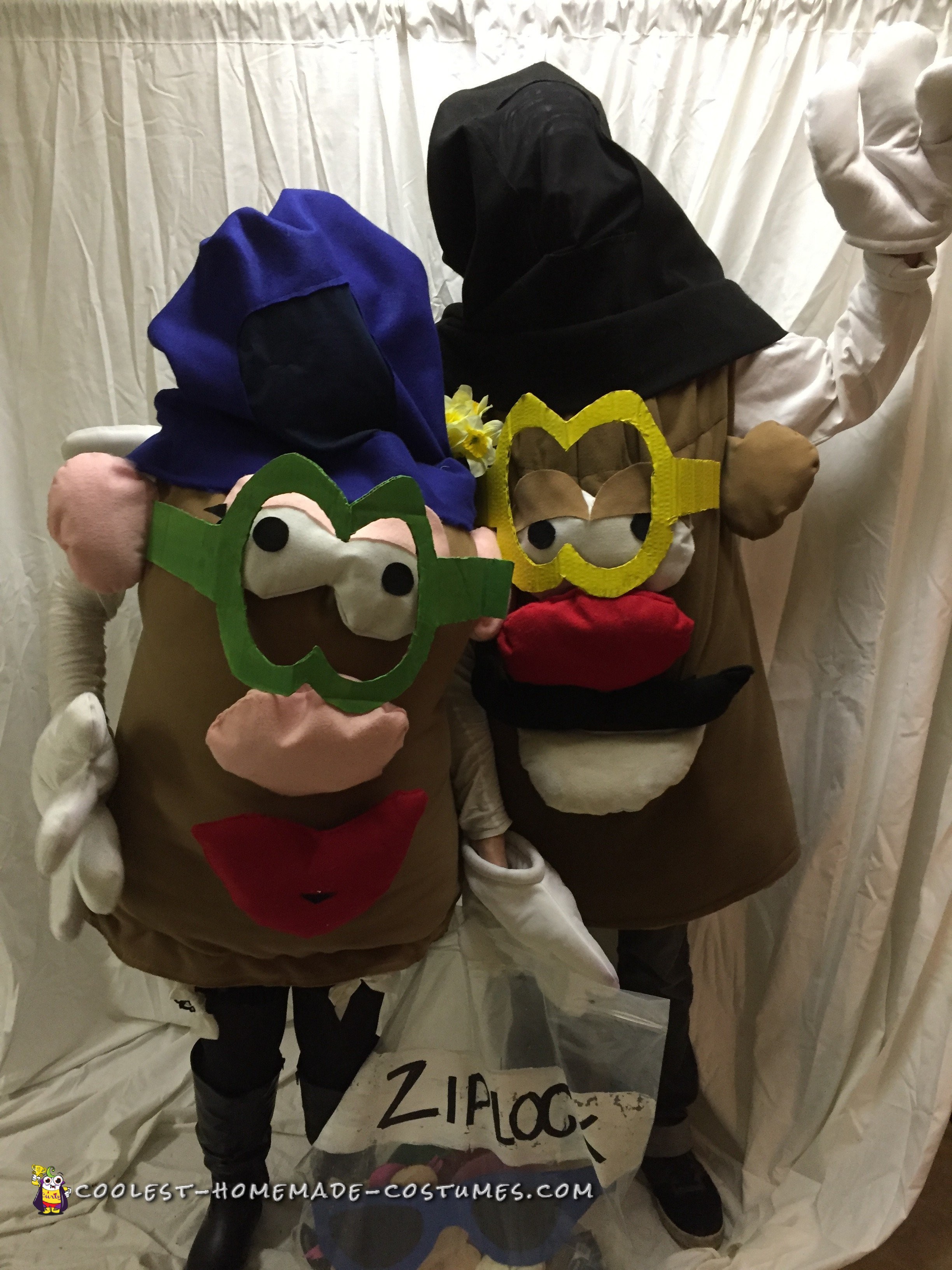 The idea for this costume was inspired by both Pixar and the original Potato Head toys. Inspiration also came from coming up with themed Halloween house parties we would host in the past with our friends where we would always have a specific theme for everyone to be a part of. This year several of us went with the Pixar theme.

We created this from felts and fabrics pieces and sewed and stuffed them ourselves from recycled pillows. All the face pieces (eyes, nose, mouth, moustache, ears) are hand sewn and detachable and connected by Velcro. The hats are made out of felt with see through mesh for visibility. The overall cost ended up rounding up to $170 combined for the two costumes.

The process took a really long time believe it or not. I know it looks simple enough, but I figure we spent over a week making them. Sometimes spending 5+ hours a night. The reaction we received however, made it all worth it. We were getting praised by everyone we bumped into. We were a pretty darn cute couple going in for Potato kisses and flopping around with each other haha. The costumes are really squishy and fun to hug as well!

It was definitely one of the best and most fun costumes we ever made together by hand. Thanks for the consideration! Fingers crossed! 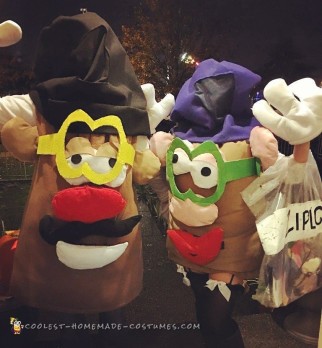 Cute Kevin Costume from the Pixar Movie UP