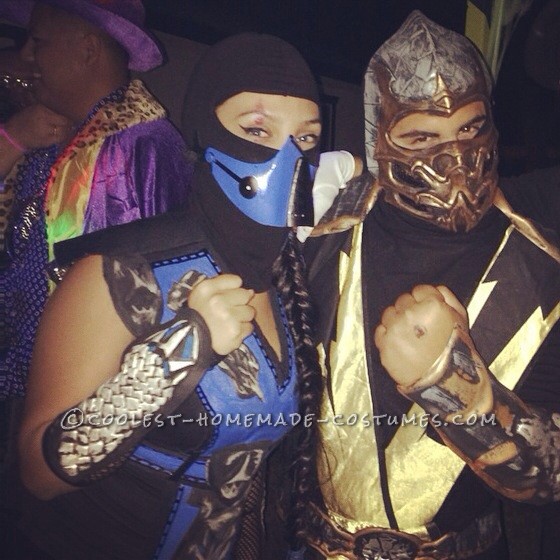 My name is Andrea and I transformed myself into Subzero from Mortal Kombat! I was actually inspired by my fiancé :), he was so excited to dress up this year as Scorpion. He wanted me to dress up with him and I knew everyone would assume I would dress up as a female character, so I thought I wanted to surprise everyone and dress up as the arch enemy!

I went thrift shopping for my Subzero costume, best idea ever! I found a young boy ninja over piece, as well as the arm and leg pieces and used them as my armor . Everything was gold when I bought it. So I bought royal blue spray paint to spray the body piece and I used a silver paint marker to cover the scales on the arm and leg armor. I had an old leotard which I decided to cut up, that’s how I made my stockings.

I bought a a paintball mask and took off the goggles and spray painted that to make it look like Subzero’s mask! I taped the areas I didn’t want to spray. I purchased a ski mask to use to cover my face! Ninjas can’t show their faces! I purchased blue glow contact lenses and bought special FX make-up to make the scar on eye, that part was fun because the scar looked so real I used pink eye-liner as well for the scar!

I had fish net stockings everywhere in my drawers (lol) so I cut some for my arms and had the ones for my legs! I wore some black boots and for my hair I had a long black wig, so I braided, cut and spray painted it. I took an old ribbon I had, spray-painted it blue, and tiee the braid together.

The body piece was $3.99 at Goodwill, the spray paint was $3.50 at Home Depot, the paintball mask was 4 dollars on eBay and the make-up for the scar (which is called Rigicollid) was 3 bucks on eBay too! I got my sword at the 99 cent store! Just be sure to order everything ahead of time to save yourself a lot of cost! The contacts we’re purchased online for 10 dollars so everything came out to a total of about 25 dollars. Which is pretty good I thought considering costumes are typically 40 bucks or higher (well if you want something pretty nice!). Everything else I had at my home!

So that’s my Mortal Combat Subzero costume! Hope you all like it! :) 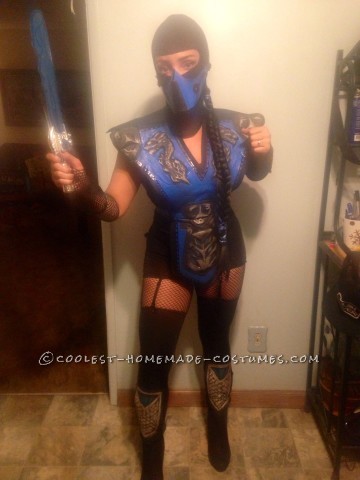 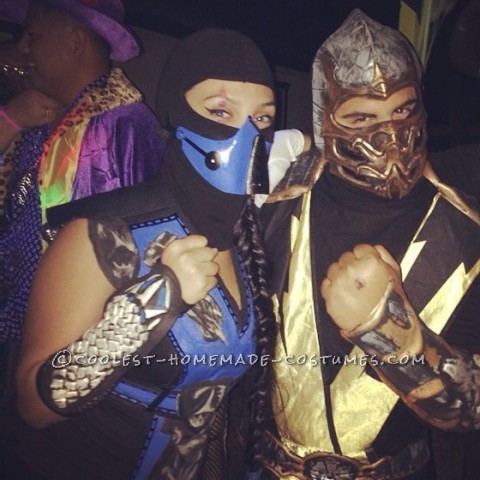 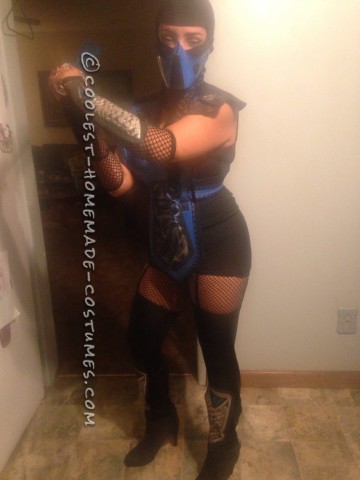