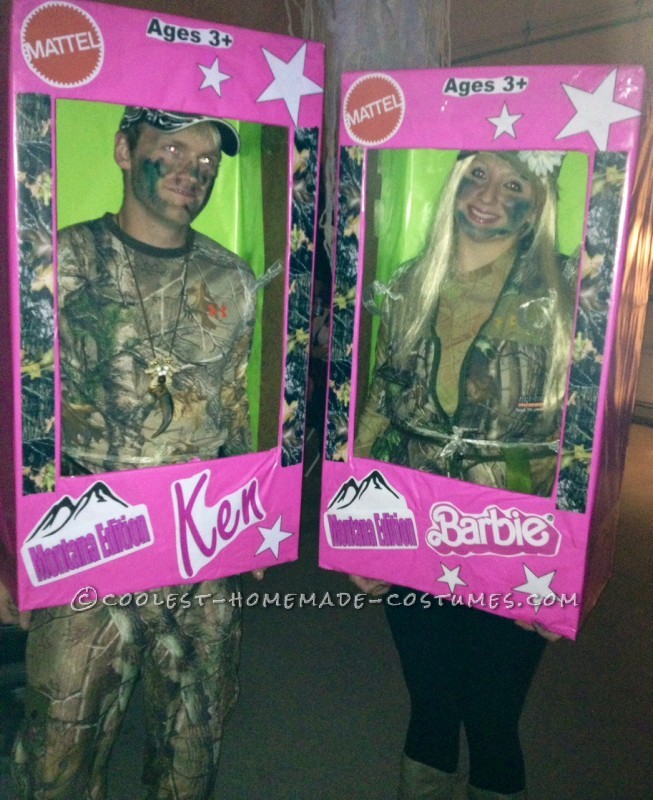 The biggest most important part to the costume is of coarse the Barbie BOXES.

*Garment Box- I tried to spray paint the boxes pink but it didnt work well at all so I bought some pink wrapping paper and wrapped the boxes after I cut the hole out. To cut the hole out I just measured to make sure there was enough room for the logos and words. After the box was wrapped I put it on to measure where to cut the holes for shoulder and waist straps so that your head is low enough. I also added green wrapping paper to the inside and camo duct tape along the edges.

*Logos & words- I found the Mattel and babrbie logo online-I had to make the Ken logo using microsoft wordart and then I also found the barcode and made in montana logo online. I also added in the mountains, stars, and the “ages 3+”

As for the clothing we just wore clothes we had for hunting and painted our faces for fun. The only bought costume item was the barbie hair.

Everyone loved the idea of “montana edition” I just came up with that because my husband said “I wish I could just go as a hunter or something easy” haha so I improvised on that a little. He ended up loving the idea and we won best couples c ostume at the little party we went to. It is definitely important to do the shoulder and waist straps so you can be hands free to eat and drink. Dancing was a little interesting but we had tons of fun with it. 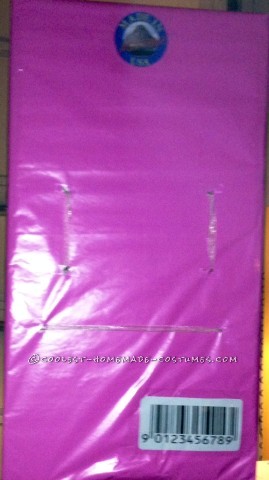