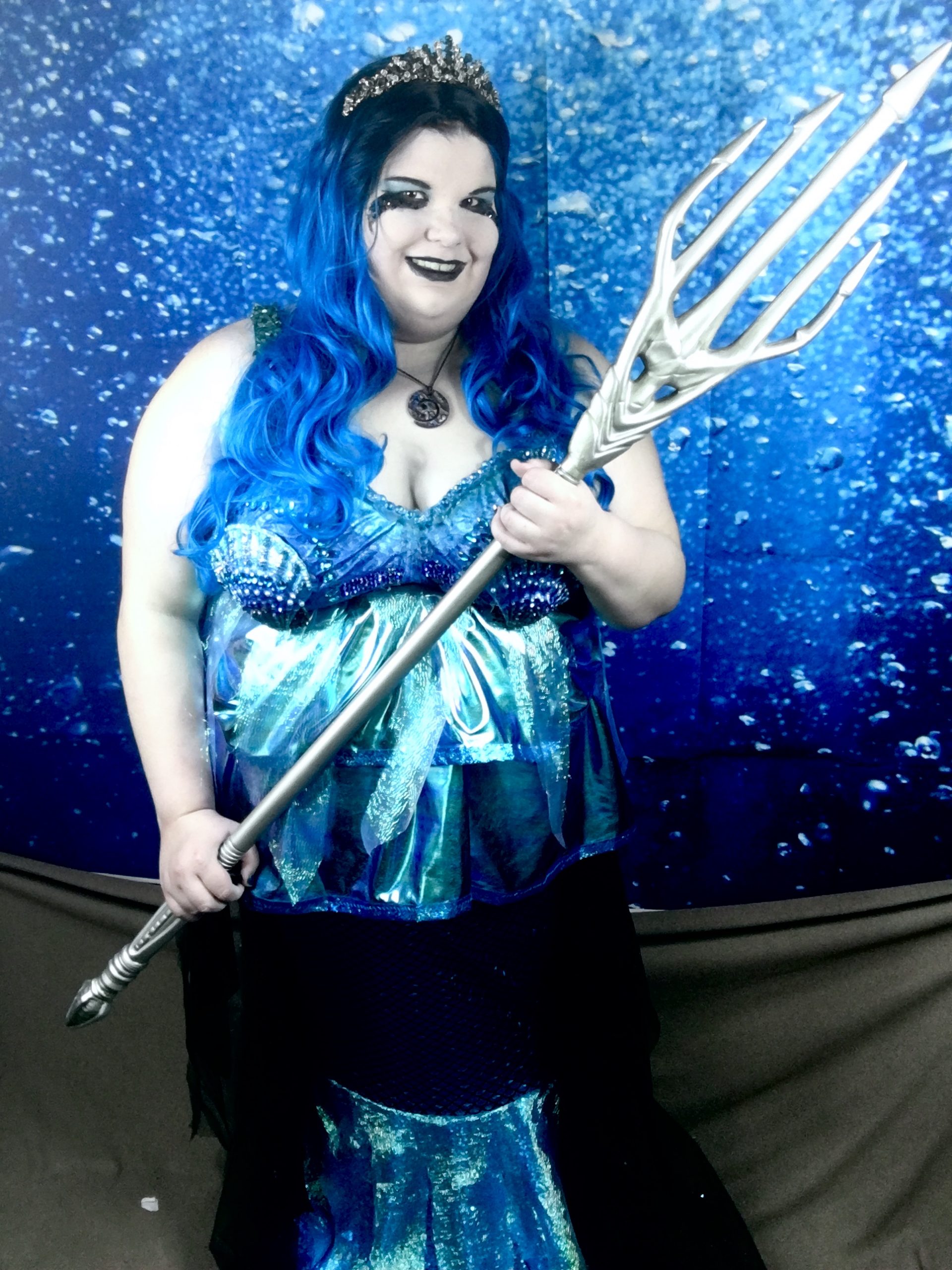 For the longest time, I wanted to see what it would be like to create a Mermaid Siren costume. I selected all the vibrant colors and realistic material as a mermaid should be. The challenging part of creating my Mermaid Siren costume was figuring out how to attach my shells onto my top and making it stay in place.

I used about 5-10 glue sticks alone to make it work. Also picking out the right rhinestones to make the costume sparkle so much. Who knew that turning a boring bra into a gorgeous mermaid top with seaweed straps. Also the skirt was so much fun to make in terms into adding so much fabric and detail, it’s a lot heavier than it actually looks.

Finally, I put all the pieces together into action with the fantasy lifelike vibe, the underwater and sand color bottom background and go all the way to strut out my gorgeous fins.

Mermaids and Sirens in mythology: In today’s pop culture world, the siren and the mermaid are often portrayed as the same character. They’re beautiful woman from the waist up and a fish from the waist down, and they’re noted for their enchanting singing voices. Originally, though, these two creatures were two entirely separate myths – The mermaid was a half-human, half-fish creature, and a singing voice wasn’t mentioned in early myths. Sirens were the singers, and they were actually half-woman, half-bird creatures.