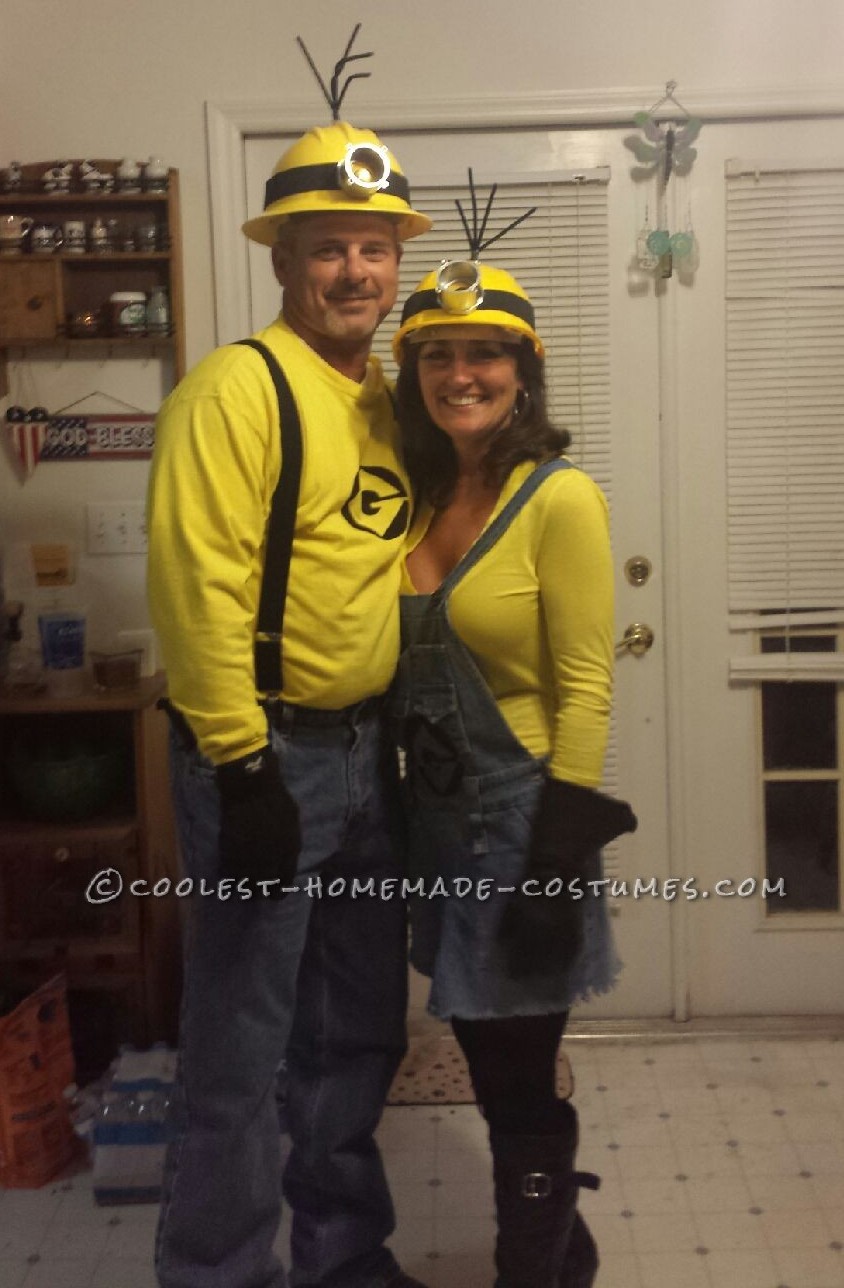 Initially, my boyfriend, Chris, and I were invited to two parties.  The first being an anything goes costume party and the other a “Woodstock” themed party.  Chris was already dead set on being a Minion so we decided to go as Minions to the first party and then add “hippy” things to our costumes for the second party.  Turns out, everyone LOVED the Minions so we went as Minions to both!

The costumes were relatively simple to make.  We started off by looking for bib overalls  but didn’t have much luck.  WHAT…no bib overalls in 2013!!  So, Chris opted to wear black suspenders with his blue jeans and I found a pair of overall shorts that I converted to a bib skirt.  Also, we couldn’t find bright yellow beanie hats so I tried to dye white beanies to match the white shirts we dyed but the fabric on the hats was too pourous and they came out pale yellow.   Since Chris is a Lineman, he had access to yellow hard hats and turns out they were much easier to attach the hair and eyes to anyway.  I downloaded the Minion logo, made a stencil and used black permanent marker to paint same onto the front of both Chris’ shirt and my skirt bib.

For the “eyes”, I purchased two PVC end caps and super glued small bolts to them, spray painted them metallic silver, added a large “googly” eye inside and attached those to the hard hats w/wide black elastic.  We then added black pipe cleaners at various lengths for the “hair”.  I wore black leggins and boots and we both wore black leather gloves.

Unbeknownst to us, our host/hostess made a GIANT Minion Pinata, which was homemade out of chicken wire and construction foam.  It took some 35+ kids over an hour striking that thing w/baseball bats to finally bust it open!!

Our costumes were a HUGE hit to young and old alike and the Pinata was the only other Minion in attendance!! :-) 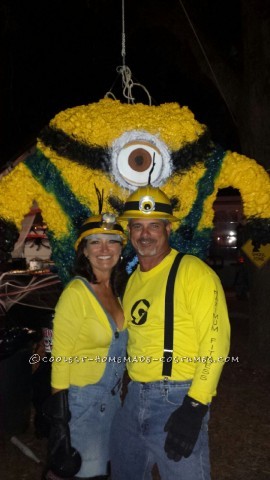