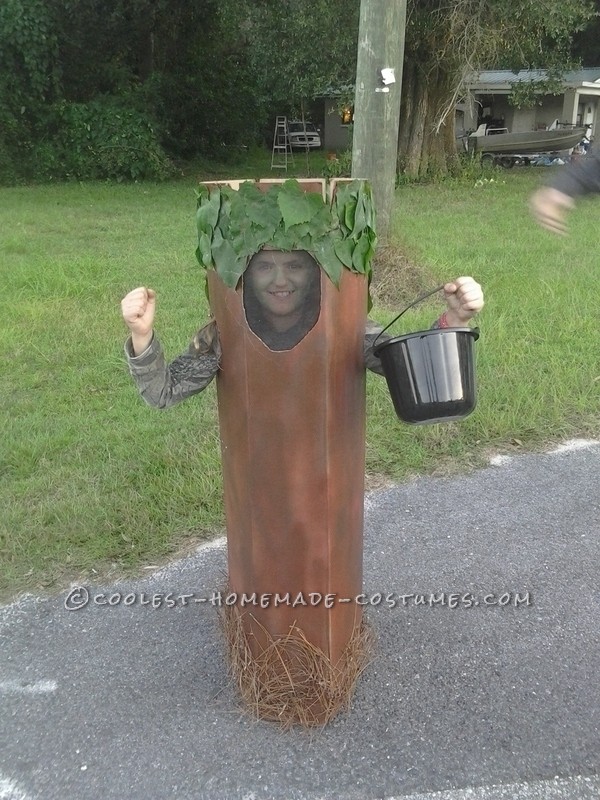 It wasn’t horribly difficult for my stepdaughter and I to make this walking tree costume. The hardest part was finding the box that was big enough. We found a thin piece of metal that was sturdy enough to keep the round shape and used that at the top and stapled it to the box. Then took a reddish brown and black spray paint and painted pine tree looking stripes and then sprayed a brown overcoat.

Then we found stuff from the yard to glue on. I also had left over screen from a porch that we glued for the face so she could still see but her face was darkened. We glued leaves for the hair and pine straw for the bottom. The hot glue actually ended up looking like spider webs at the bottom and turned out better than we thought it would. We walked downtown Alachua for Halloween and EVERYBODY stopped and said something about it. She also had people stop and have their kids take pictures with her.

She won first place at the Alachua costume contest which was our ultimate goal, but I figured since it was so good to try other contests. And she wanted to buy a costume……oh yeah I only spent $4.62. That is the cheapest and most awesome costume ever. 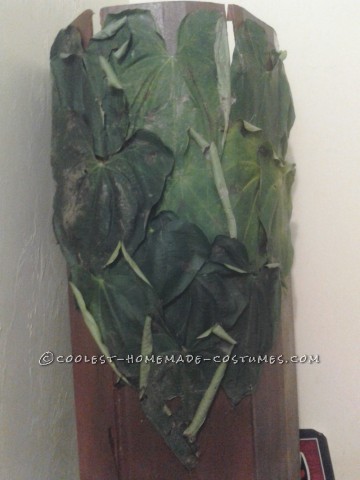 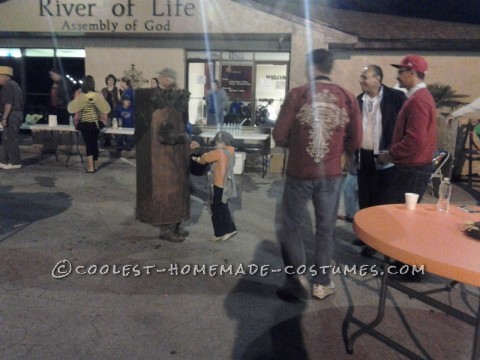