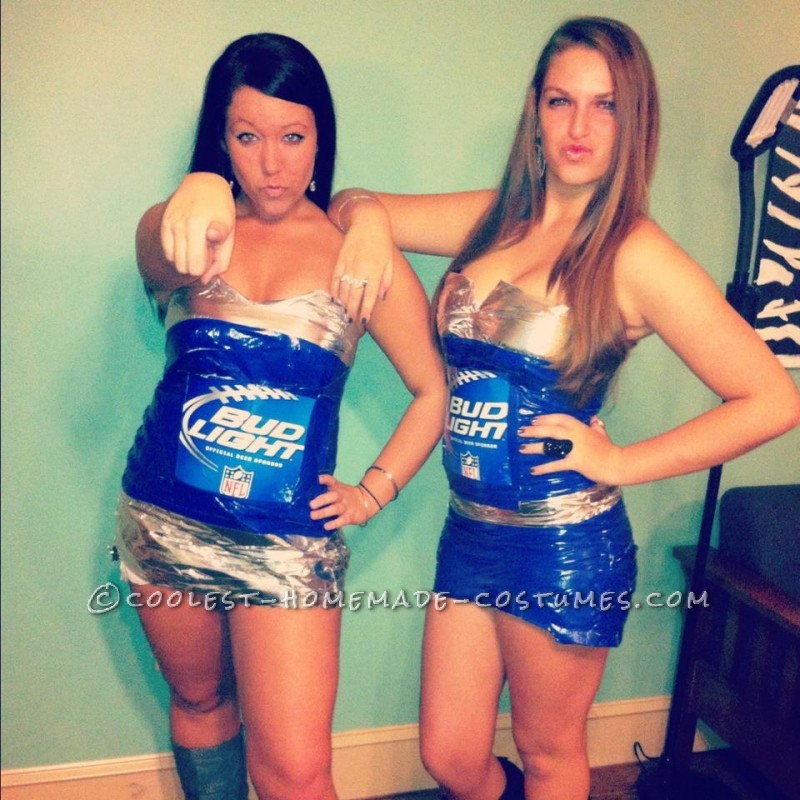 First get a garbage bag and wrap it around your body. Then, begin with whatever colors you choose and try to make it as even as possible. You’ll begin to see the garbage bag will start to move shorter and shorter, this is why you should not cut it at any length in the beginning. Then when finished wrapping the duct tape, tape on a cut out of the label of beer of choice on the front and there you go!

I only had to buy the duct tape, and already was drinking the beer so I just used the cardboard from the beer I had! The both funniest/hardest part was wrapping each other just pressing up the duct tape to make it straight was awkward but at least we are best friends! Also, trying to pee in this thing… just good luck! We had some laughs out of that as well. Still to this day, I get compliments on how creative and awesome the costume was.

I’ve also had many boys come up to me and say I made them thirsty for Bud Light!