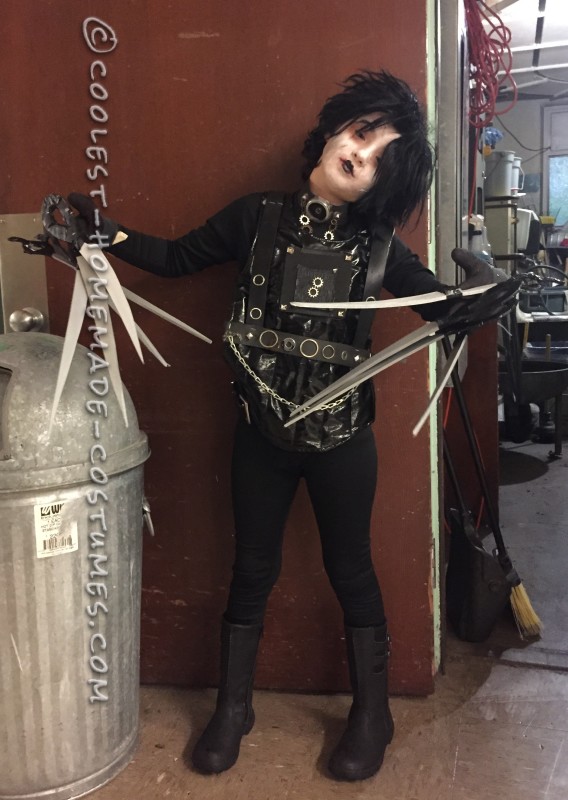 My son decided the Tuesday before Halloween that he wanted an Edward Scissorhands costume. Prior to this, he was going to go without a costume because the kids at school told him homemade costumes suck. I have never been one to buy costumes, so we found ourselves at a standoff. Once he came to me with the idea and I got over my own stubbornness, I went about making him the best edward Scissorhands I could in three days. In total, this costume cost me about $18 and was made with mostly items around the house; washers, bolts, springs, electrical tape and old gardening gloves. Luckily, my sons mannerisms lend himself to the character and he was a huge success. He’s also informed me that homemade costumes are cool.

We started with black long johns and pillaged an old faux vinyl Knights costume with the arms cut off for the chest plate. We covered the crest with a piece of black craft foam and some springs and gears and studs. We repurposed two old black leather belts to make the chest harness and found old chains for belts.

The Scissorhands were  made from matte foam core, electrical tape, and acrylic paint. I sketched a few templates, cut them out with a sharp knife and carved some detail into them. Once they were ready, I taped them to the fingers of a pair of gardening gloves I had painted black.

We found an old wig in the costume bin, painted his face and used some scar putty to scar up his face. We added some extra straps with craft foam and spikes.

The kid took his character seriously and played the part all day and night; attracting attention from crowds and having his picture taken everywhere we went. Picking candy out of the candy bowl was a bit of a challenge, but overall this costume was one the cheapest and easiest I’ve made. 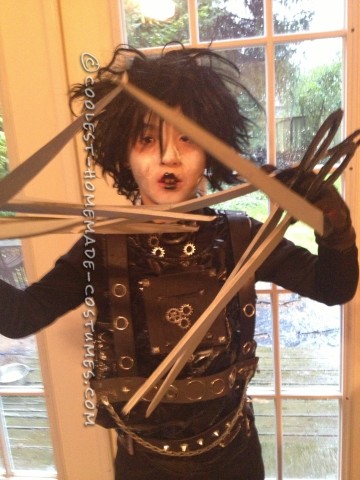 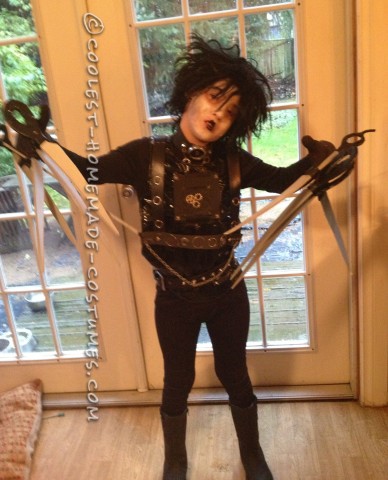 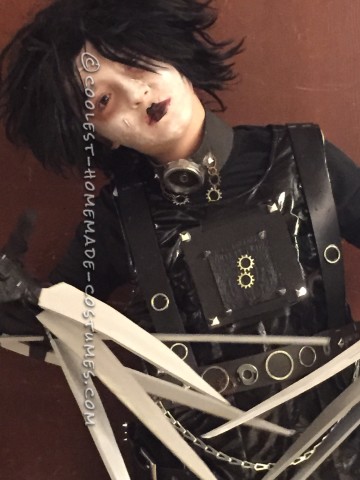