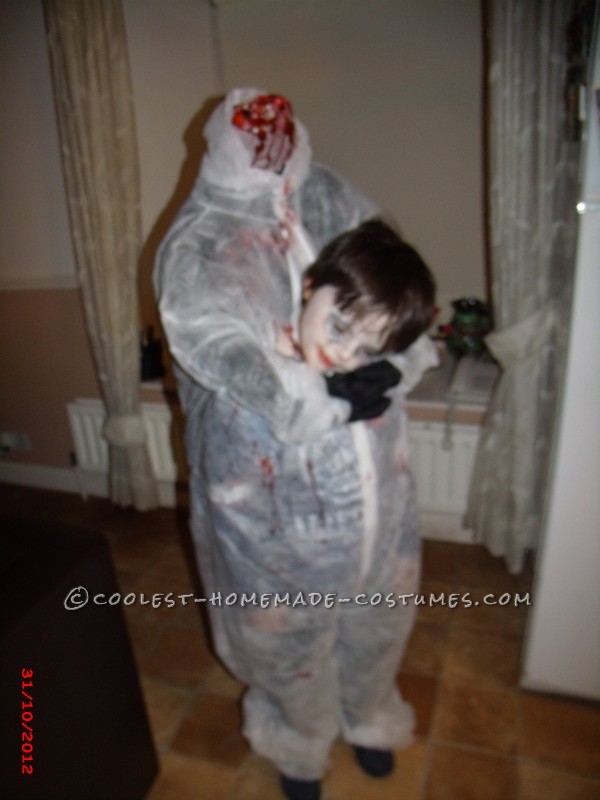 This  last-minute Headless child costume was made the night before we were  to go trick or treating. My son had a Halloween party at school and the shop bought costume got all ripped up and he didn’t tell me until the night before Halloween so it was a bit of a panic and I have never made a costume before.

I then made a hole so his head could fit out. I then put red food coloring on the neck and around his head to look like blood. I had to use food coloring because the fake blood I had bought couldn’t be found  anywhere but it worked out really well. Before we went tricker or treating I painted his face white with black eyes to make him look deathly. I was really pleased with how it turned out and am hoping to make his costume again next Halloween.