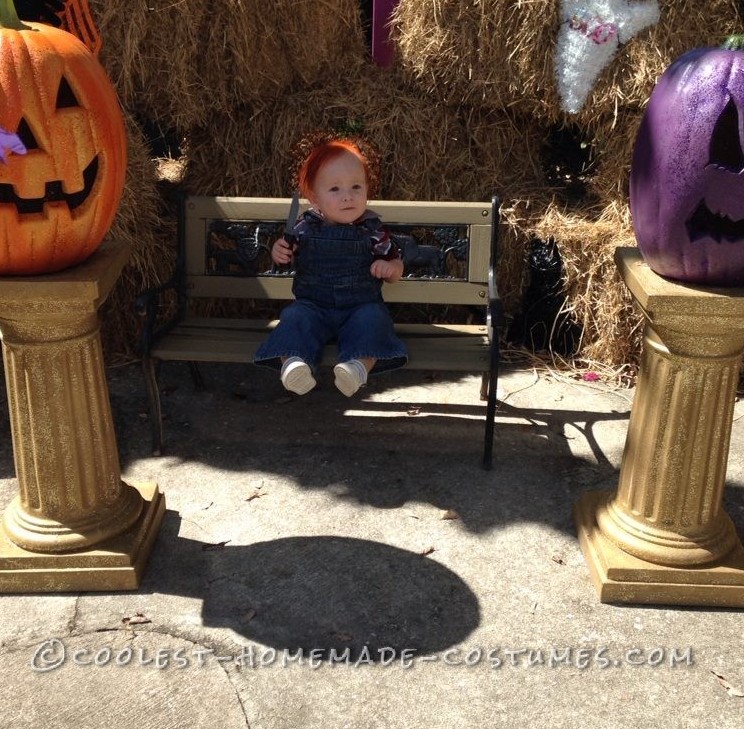 I used a pair of overalls he already had and I used a white and red stripped shirt, and white shoes. And we bought orange hair spray from the Halloween section at Walmart. And he had a toy knife that he wouldn’t let go of all day.

He looked so cute, it was really simple, didn’t go all out with it, definitely could have done more, but I was pretty happy with it. He got so many reactions, the whole way there I was telling my husband nobody is going to know who he is. We should have done more maybe scars on face. But nope, everyone was like “good costume” “is he supposed to be Chucky?” Got a bunch of stares, no sure good or bad, poor thing even scared a few little ones running around with his toy knife.

He had a good time so that’s all that matters to us, the funniest thing was watching him run around with his knife especially because he had no idea what he was dressed as or that he was even wearing a costume. I would recommend this costume to other people, easy and fun, the one thing I would say that was hard was the orange spray it gets everywhere. 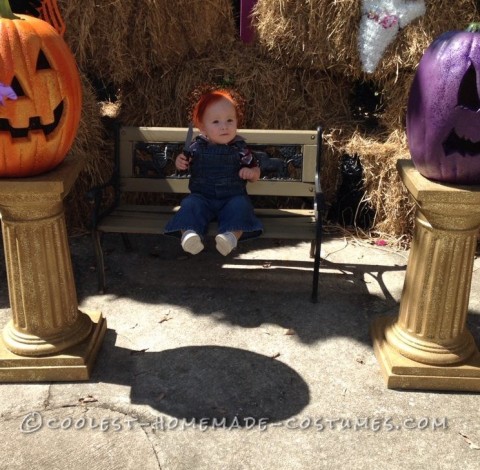