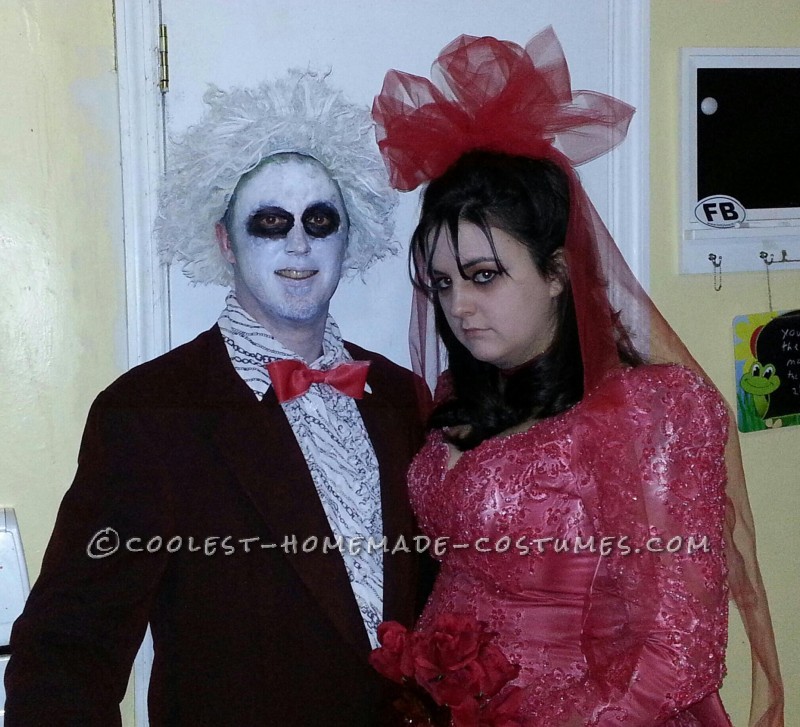 It was four days before our second annual Halloween party and we still had no great ideas for costumes! I was flipping through the TV and Beetlejuice was on at the scene where they get married. That’s when the idea hit me for these Last-Minute Beetlejuice and Lydia homemade Halloween costumes.

I got my wedding dress from Goodwill. The price for the dress was $125! But my awesome husband talked them down to $35! Who knew you could haggle at Goodwill?! The dress said it was a size ten which would be a LITTLE too small for me so I thought I’d be able to make it work, after we bought it, it turned out the size ten dress had been taken in two sizes!! So since it was the perfect dress and I couldn’t return it I stabbed holes on each side of the zipper then laced it up with red ribbon!

We used six cans of red spray paint to make it red. Surprisingly it didn’t make it too stiff or heavy. I bought some white tulle and sprayed it too! Teased my hair and made a bow from the tulle and pinned it to my head. I made dark circles under my eyes and used pale makeup. I also never smiled in pictures so that I was in character. That want easy!!

We got the suit for nine bucks from the Salvation Army. It was black and we also sprayed it with red paint. I could not find a ruffled men’s shirt so it’s a woman’s. We got the blonde wig from Goodwill for two dollars and sprayed it white. His shoes were brown loafers from Salvation Army that we spray painted white. His bow tie my mother made from a piece of material that we cut from my train. Face paint took care of the rest for my husband!

Basically we were covered in spray paint and had to steer clear of any open flame! We did win best all around trophy! Everyone loved our costumes! 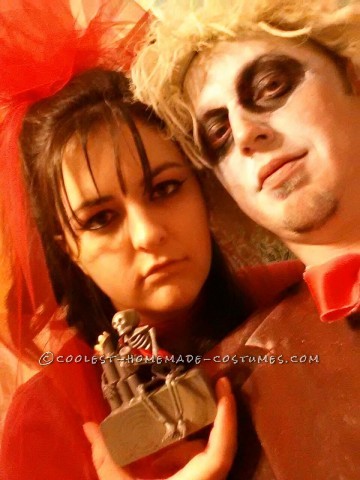 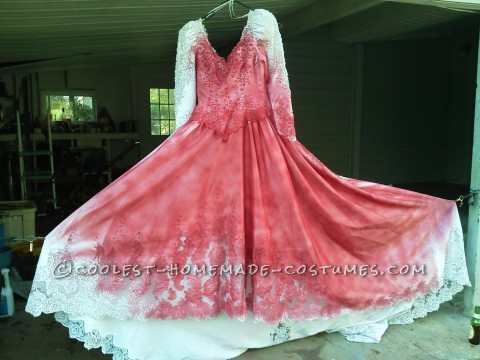 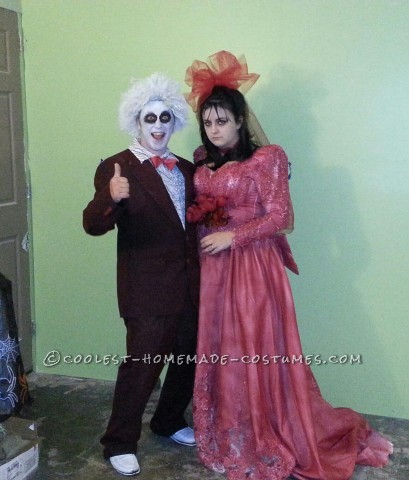