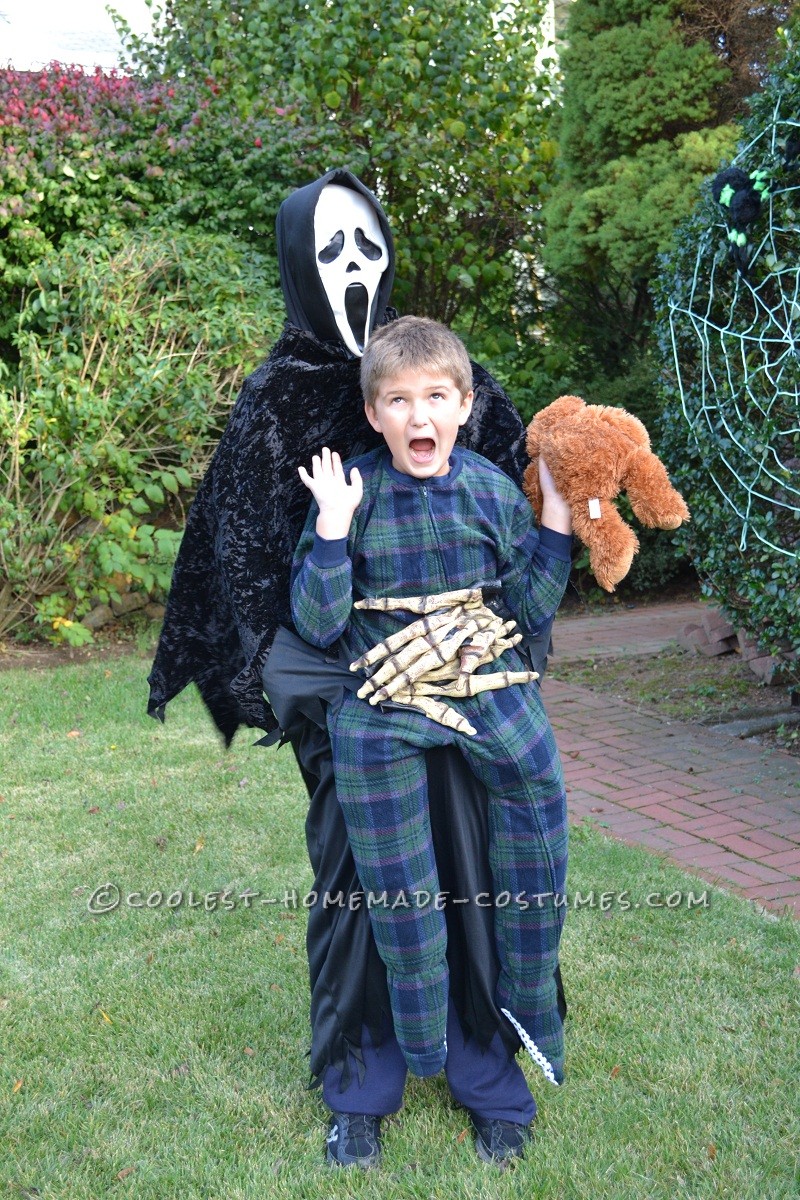 I wanted something awesome and totally unusual for this year’s costume, so I went with Abducted by Alien illusion costume. I had seen the idea on this website and some others and got some wonderful suggestions and ideas! I didn’t have a lot of time, however, I had done the Headless Man costume the year before for my son, so I already had the backpack and accoutrements to do this one too.

My son put on the backpack first. I stuck the dowel into the top of the pack and duck taped it shut. I slid the box over the dowel (these are the shoulders) with a little of the dowel sticking through and taped that on too. I finally put on the milk container (the head) taped it really good.  Then my son put on the black robe which I cut down the front like a robe almost, then I safety pinned it shut, then he put on the cape over that.

I cut out a hole in the back of the footed pj’s, he put his arms and head through to make it look like he’s wearing them. I put the scream mask on the milk jug and put the hood over it. I hot glued and taped to keep it in place. I attached the hands with safety pins after stuffing the arms of the cape with newspaper. I pinned them to the front of the pj’s to make it look like he was getting taken. T

hat’s it!! This was so much fun to make!! It was without a doubt the best costume in the neighborhood!! Everyone was amazed!! 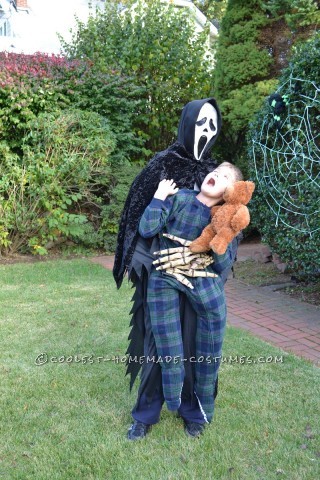 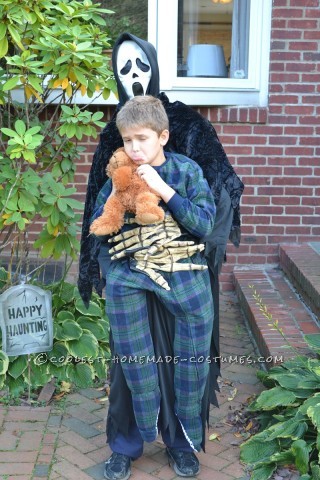