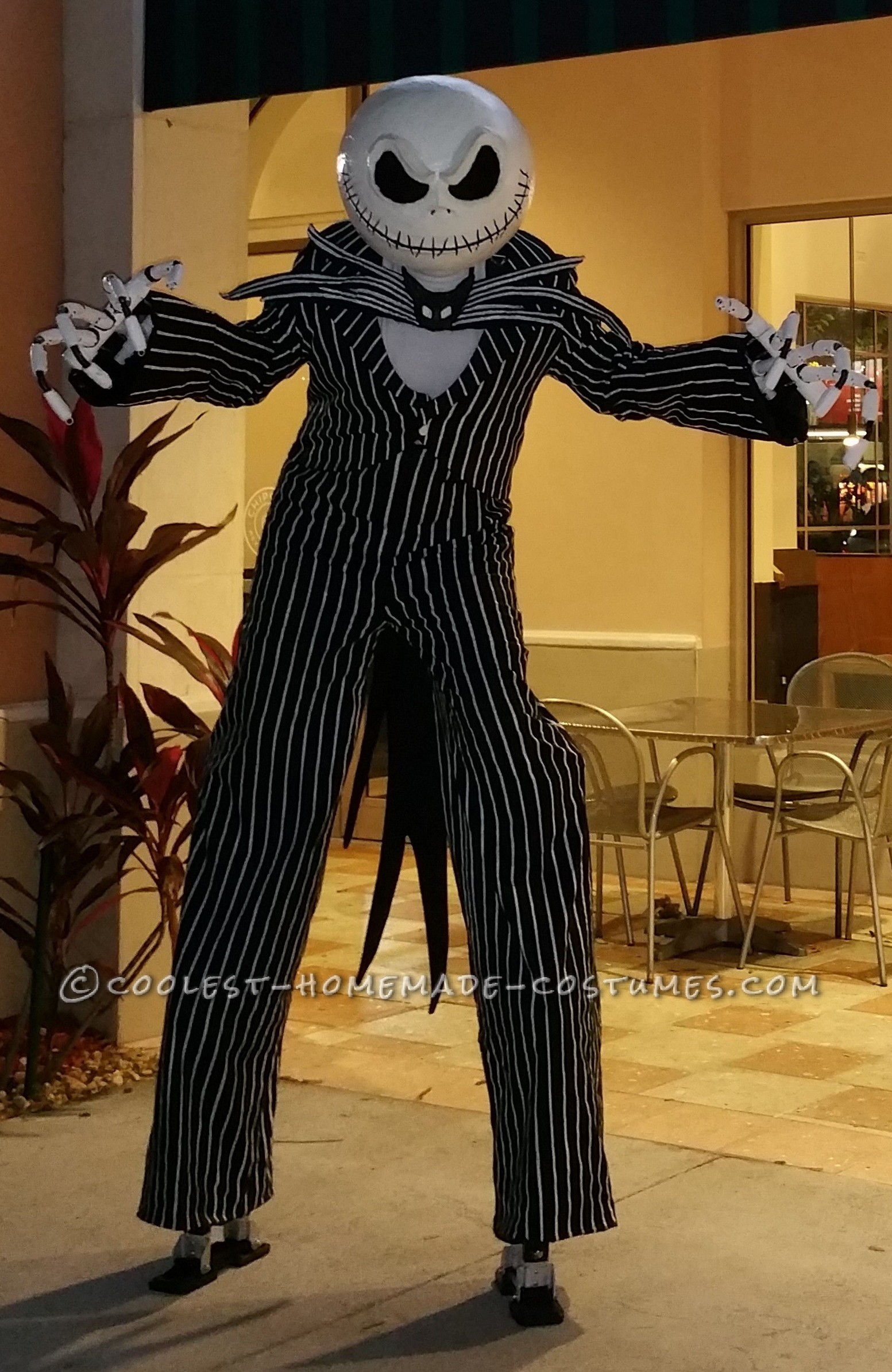 This Jack Skellington costume is completely homemade. It took over four months of design and planning for one of my favorite screen characters of all time to come to life in a costume. It has always been a recurring thought of mine to do Jack every year. This year I was finally afforded with enough time to invest in the build for this project.

I knew from the beginning that I wanted this costume to be large so my first committal to the project was buying some stilts! Designing and figuring out appropriate proportions for the legs, arms and head were very difficult to make the costume believable and immediately recognizable.

I first began with the design of the articulating hands which are individual controlled. I used a combination of hoses and PVC pipes epoxied onto full springs. I then used sprinkler hose as the liner for fishing line to have the hands fully flex. After that, I used sculpting clay to form the fingers. I then strung the hands with fishing line and extended the PVC pipe to be able to attach to my forearms with straps.

Next, I began to work on the head piece. I used a beach ball and paper mache to make around six layers of base. Once fully dried, I drew the eyes, nose and head hole onto the ball and cut out the features using a box cutter. I then removed the beach ball through the eye hole. I then used paper clay to give the head piece more strength and durability. I then used epoxy sculpt to form the eye nose and mouth features. I then worked on stitching of the mouth using a Dremel. Then, spray painted the outside white and painted inside the helmet black and the mouth stitching. Once dry, I then used foam and helmet to stabilize the piece on my head. Lastly, I used black shear fabric to cover the eyes for one way viewing.

All in all, this project was one of my best creative projects. This costume was the highlight of all Halloween festivities and was a real crowd pleaser. My fiance was dressed as Sally and I made her floating Zero on a leash. Young adults appreciated their incarnated childhood figures and young children were intrigued and enthralled with such an interesting costume. The glow-in-the-dark features and paint was the extra pop that was revealed at nighttime that added a whole new element to the costume that the kids really loved. 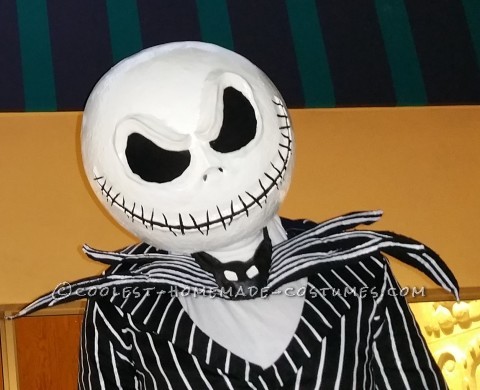 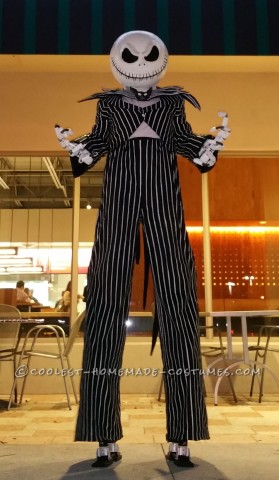 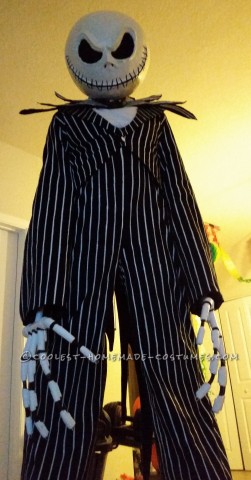