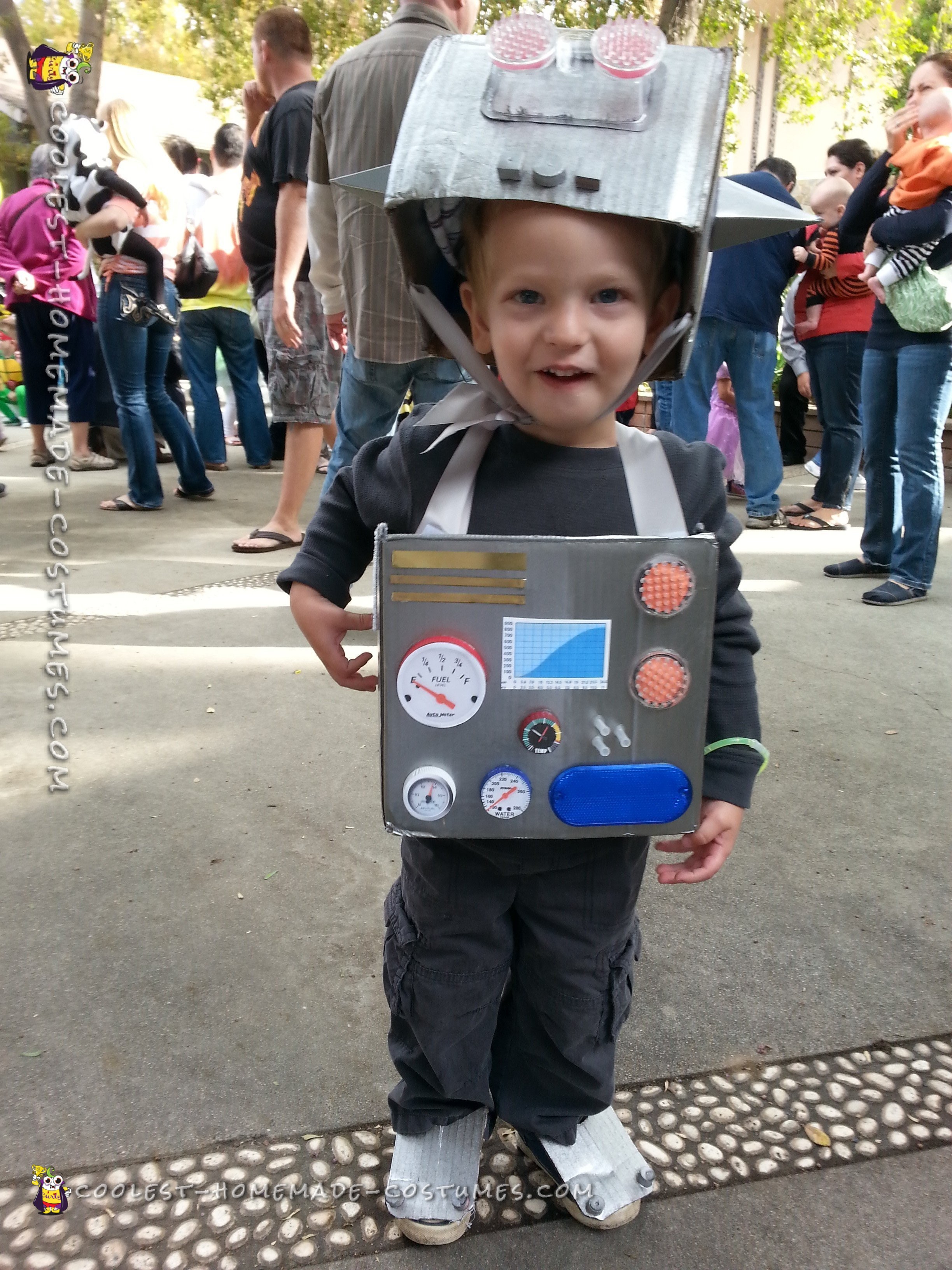 My son’s robot costume was so much fun to make. First I had to find a box that would fit. I have to confess that I used a beer box for the body – it was the perfect size and it was what we had on hand – yay Sam Adams. I did a search online for dial images and used the ones that printed out the best and then used various lids from around the house to glue the dials to (jar of peanuts, and milk carton lids mainly). We made a trip to Ace Hardware for a lot of the other items. We had a very helpful associate wandering around the store with us looking for materials we could use.  I think we spent at least an hour looking and not everything we got ended up working out.

The eyes were a fluke. I was opening up the packaging from something we had gotten when I realized it would work perfectly so I painted the edges silver to match. I cut out construction paper to fill the backs of the spikey eyes and knobs. They were just furniture feet. I had really wanted to put a glow stick bracelet behind them, but I couldn’t get them to fit.

The clear levers are the connectors for the glow stick bracelets. The brass stripes where his insignia. The feet were leftover cardboard from the box – I cut off the top and bottom flaps. I used painters tape to adhere them to his shoes – which worked just okay. They fell off a lot!

The shoulder straps were connected with Velcro so he could easily get out. The triangles on the side of the box head were actually tea boxes that originally had individual flavored bags of tea in them. They were part of a gift set I’d had. The antenna was just pipe cleaner and the letters were mailbox address stickers. They had a reflective quality to them too! The letter L was for his name – Liam.

My husband and I then dressed in white lab coats as the scientists who created the L-Bot. In hindsight I should have used stronger glue though. A few of the items kept falling off between his school parade and then trick-or-treating that same night. On the upside the glue dried quickly. But overall it was a success and he had fun in it! 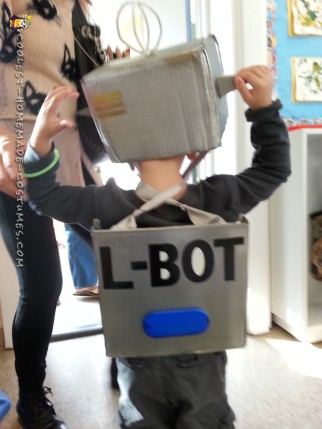 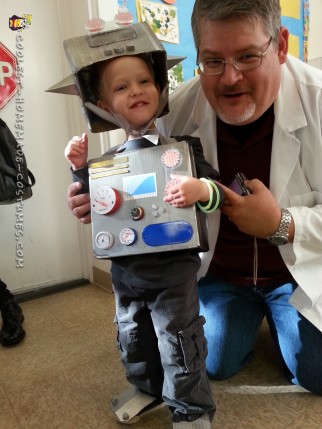 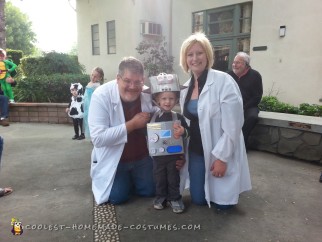 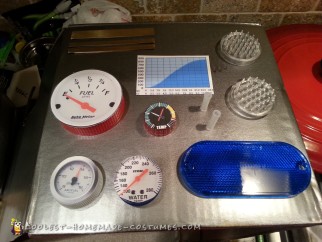 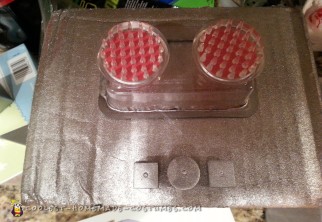