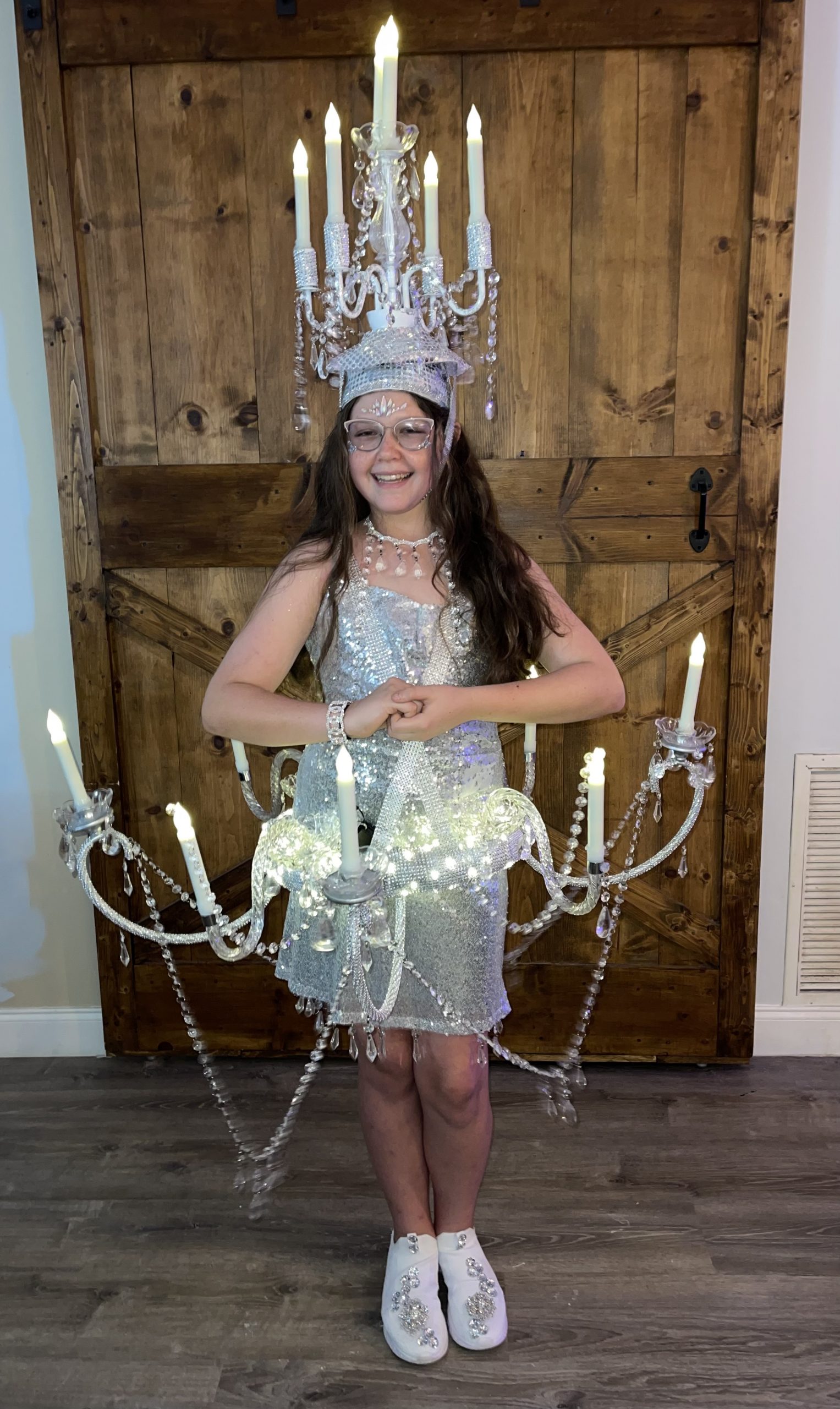 So for the last 8 years my daughter (Dori) has had a different Katy Perry costume for Halloween. We have tried every year to get Katy Perry to notice her. I decided THIS IS OUR YEAR. What costume could I make that tops ALL costumes?? OMG…THE CHANDELIER DRESS FROM THE MET GALA!!! So I decided November 1, 2020 that her 2021 costume would be that dress. I scoured thrift stores for cheap chandeliers, thought for months of how I was going to pull it off and came up with a plan.

The “base” of this Katy Perry costume was made of of a pool noodle that I Gorilla Taped several times to make it sturdy. I then wrapped it in with rhinestone. I deconstructed 2 thrifted chandeliers and attached them to the tube by drilling holes through and putting large washers and nuts to keep them in place. I then wrapped the tubing in battery operated lights and sewed small pouches to hold them, then glued them on the inside of the “base’. I then hot glued battery operated candles to the chandelier arms. In order for her to wear it I sewed two long strands of rhinestones to the “base” and made a harness to go over her shoulders. To finish it off I added a LOT of extra crystals and chandelier pieces.

As for the hat, that is an actual small chandelier that was attached to an insert to a stove burner. I then made a strap to go around her chin to stay in place. It was too painful at first for her to wear so I took an old snap back hat, took the rim off and added glitter fabric and rhinestones to it to “pad” her head.

The end look was EXACTLY what I had hoped it would be and she actually wore it the entire time she trick or treated (2 hours). She had such a great time having everyone tale pictures of her and RAVING about her costume. I was so super proud of my work. (For fun I was a Flaming Hot Cheeto, a costume that Katy Perry wore one year for Halloween)