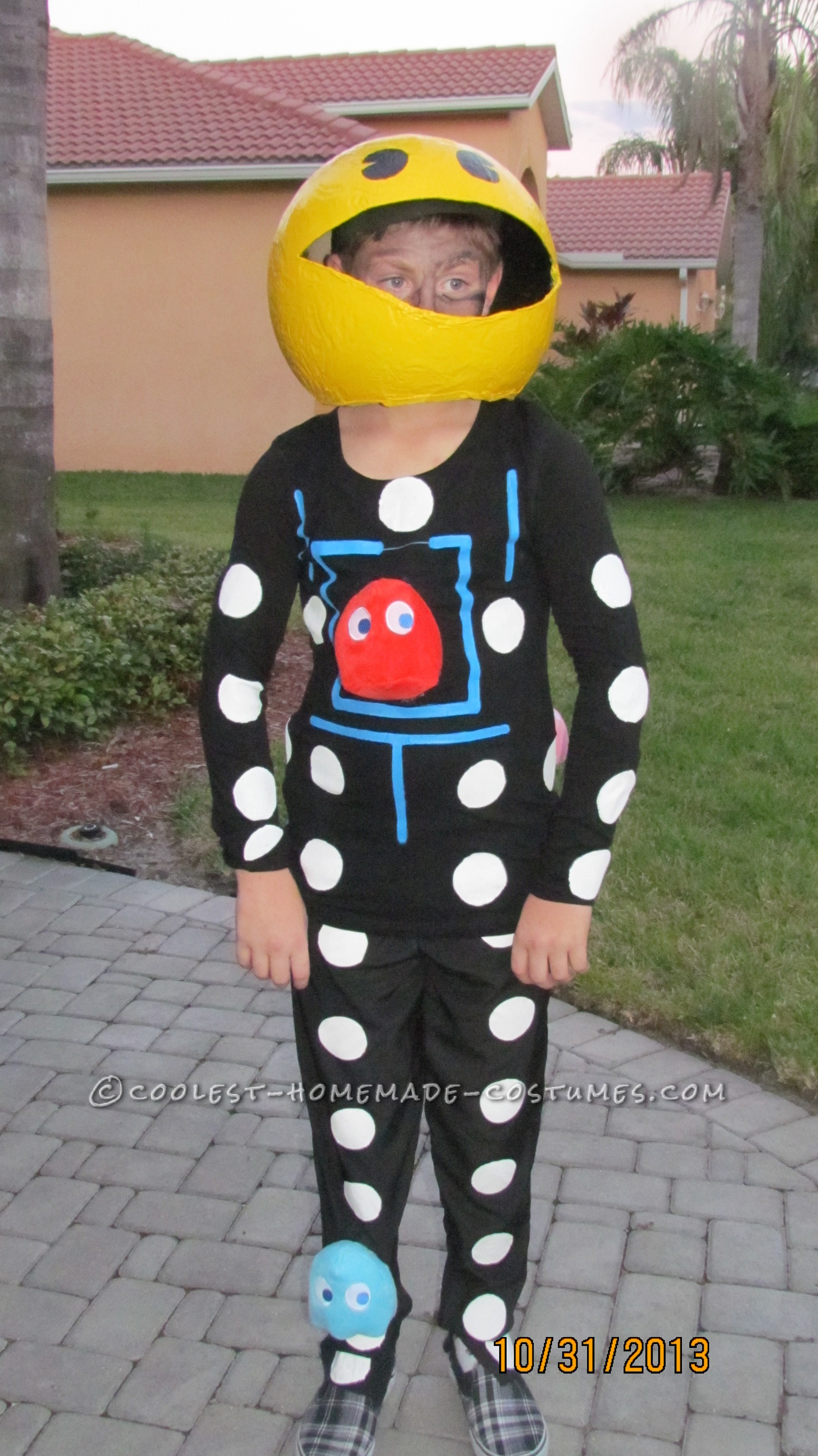 My son wanted to be pacman. I am quite a perfectist and searched for the best way to make him look like a video game icon.

I decided I wanted his head to be pacman and the body would be the game board. Wanted it to be a simplified version but cute. Several items flowed through our heads for the making of the round head. My daughter suggested maoer machet…but I work full time and had no time for that. I needed an object already round. We toyed with thr idea of a paper lantern but couldnt figure how to keep it open. Finally I realized we had the perfect item and it was sitting on the desk in my kids playroom. A GLOBE!. My son and I spent the morning getting the globe off the metal stand..quite a project. I cut a whole in the bottom to slide his head in to be certain it would fit. And it was purfect. It was actually funny to see him with a globe on his head.

Next we cut the mouth and sprayed painted it yellow. I hot glued a black baseball cap (backwards) inside the head to help keep the head from moving around. The black pants asnd shirt were found at a thrift store. Painted dots and lines. The ghosts were originally made of felt and stuffing until I found in Bed Bath & Beyond stuffed animal ghosts that made noise. These wer hot glued on.

His costume was a huge success around our neighborhood. 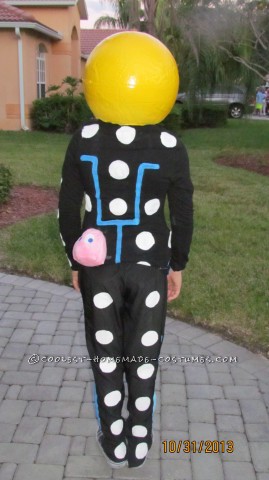 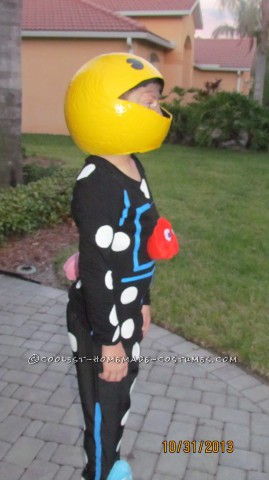 Want a Fun and Easy Homemade Costume? Be Pac-Man!