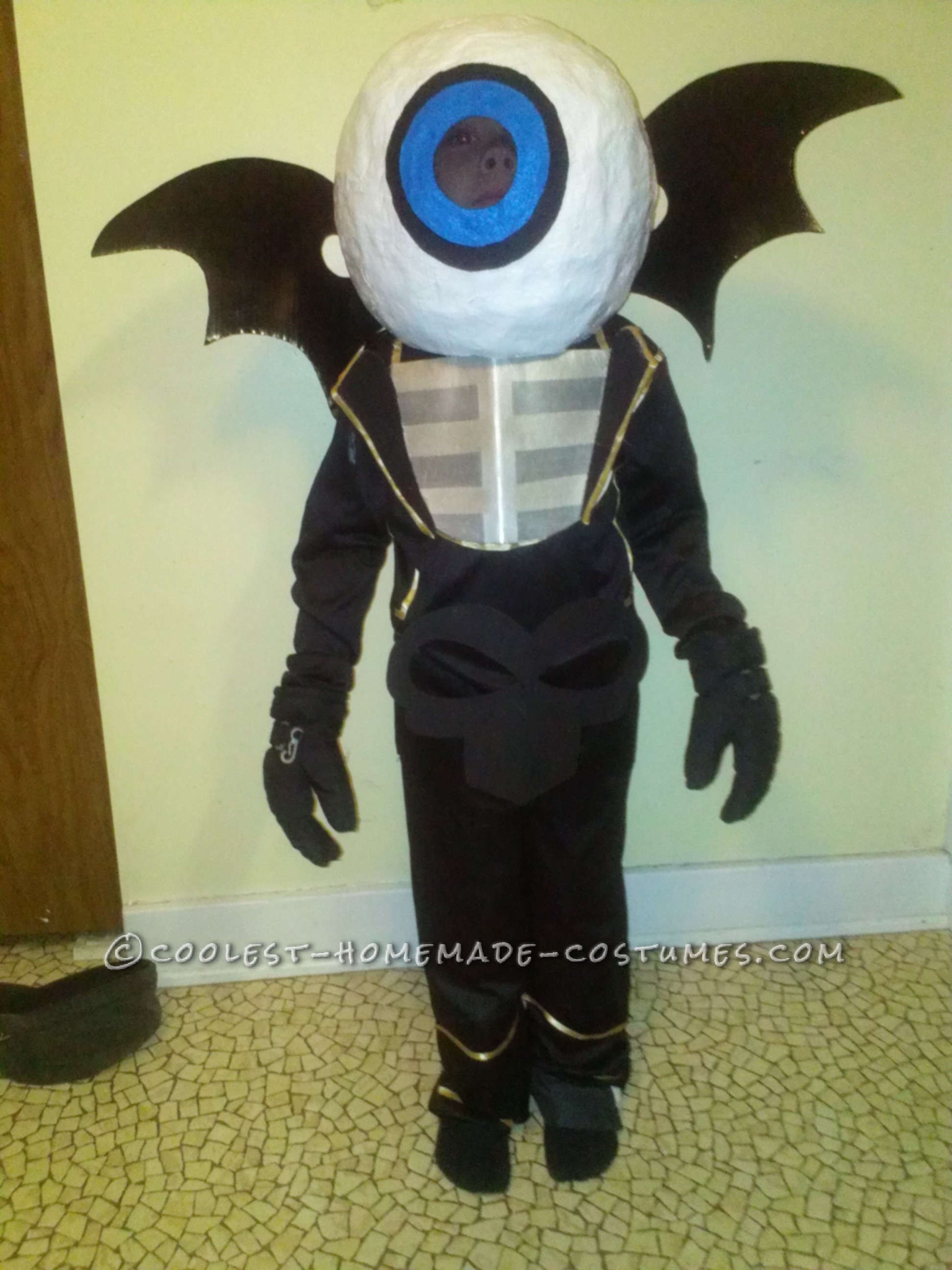 My son absolutely loves Skylanders, particularly EyeBrawl. When he asked to be Eyebrawl for Halloween I knew that ordering a costume online or going to a store wasn’t an option. I had already done my research and found only 3 Skylanders costumes were available. And of course none that my son liked.

My first thought was to go online and find intructions on how to make the costume. After looking, and looking I couldn’t find a single site that had anything to do with making an Eye brawl costume. I figured the costume part itself shouldn’t be too bad…but what about the giant eyeball? This made me a little nervous. I went on handmade sites and some suggestions were to use a bucket or a plastic Halloween trick or treat pumpkin. I wasn’t too fond of slapping a bucket on my kids head or using a plastic pumpkin. Neither was round, and both were not acceptable.

I did my research and found an astronaut costume were someone used papermache to create a round head. Materials included a beach ball, cut up newspaper, water mixed with flour and a plastic bag. You start by blowing up the beach ball and putting it in the plastic bag. Make sure the valve is on the bottom (or else you will have to pop it? I took the newspaper strips soaked them in the flour and water mixture and started placing them on the ball. I probably did 5 layers at least allowing for drying time in between.

By using supplies I had from around the house and repurposing an old costume I was able to make this costume incredibly cheap. After all said and done I spent less than $5 making the Eyebrawl costume. Although time and patience was needed, it was well worth it just seeing my son smiling from ear to ear!