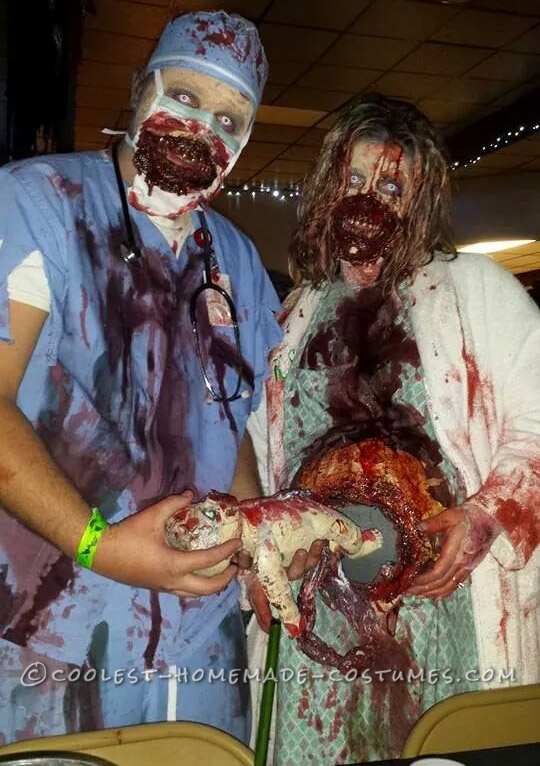 This costume is probably the most fun thing I have ever done! The belly was made out of paper mache, plaster, balloon, baby from good will, paint, latex, toilet tissue, and an ace bandage between the meche and plaster for attaching to my waist.  I made a plaster cast of mine and husbands face. When the cast was fully dry, I generously coated inside of cast with Vaseline then mixed liquid plaster and poured it into the cast. When the plaster was fully cured I popped out the molds. This gives me a duplicate of our faces and also  helps with drying time of the latex masks that I would make later. The masks were made latex, cotton circles, tissue , fake nails, and paint.

The party was so awesome.  Some were freaked out, while others were grossed out. It was fun to play the part as well as to scare people. An unexpected part of the costume was that the baby wasn’t attached to the costume so my husband was able to rip it out of the uterus and eat the baby. I was also able to cradle it as well as other people.

We won third place out of hundreds. I would love to learn more as this is only the second time trying anything like this. It would be amazing to take classes in special affects makeup. 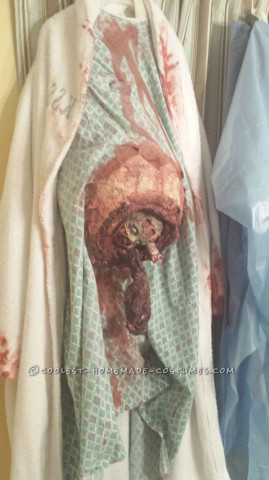 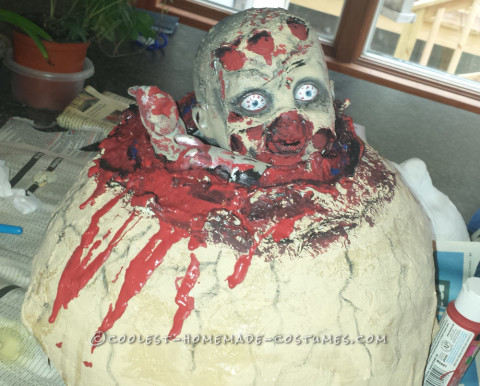 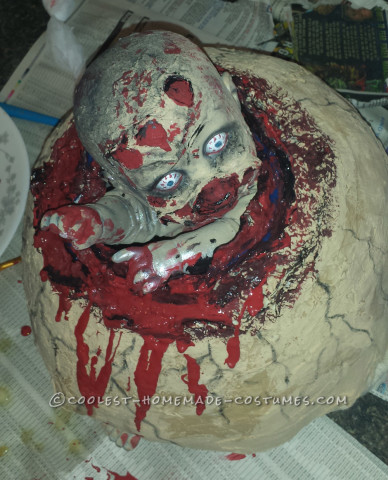 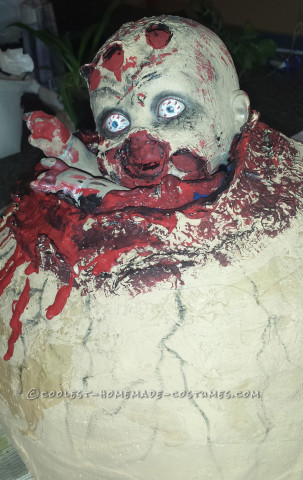 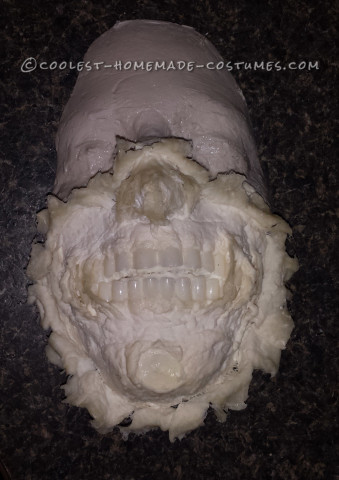 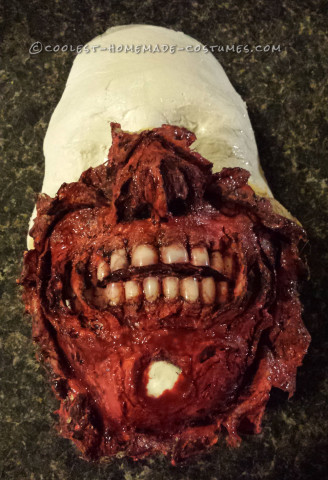 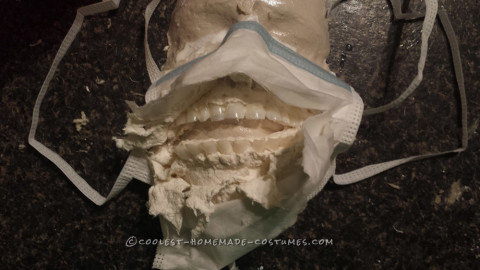