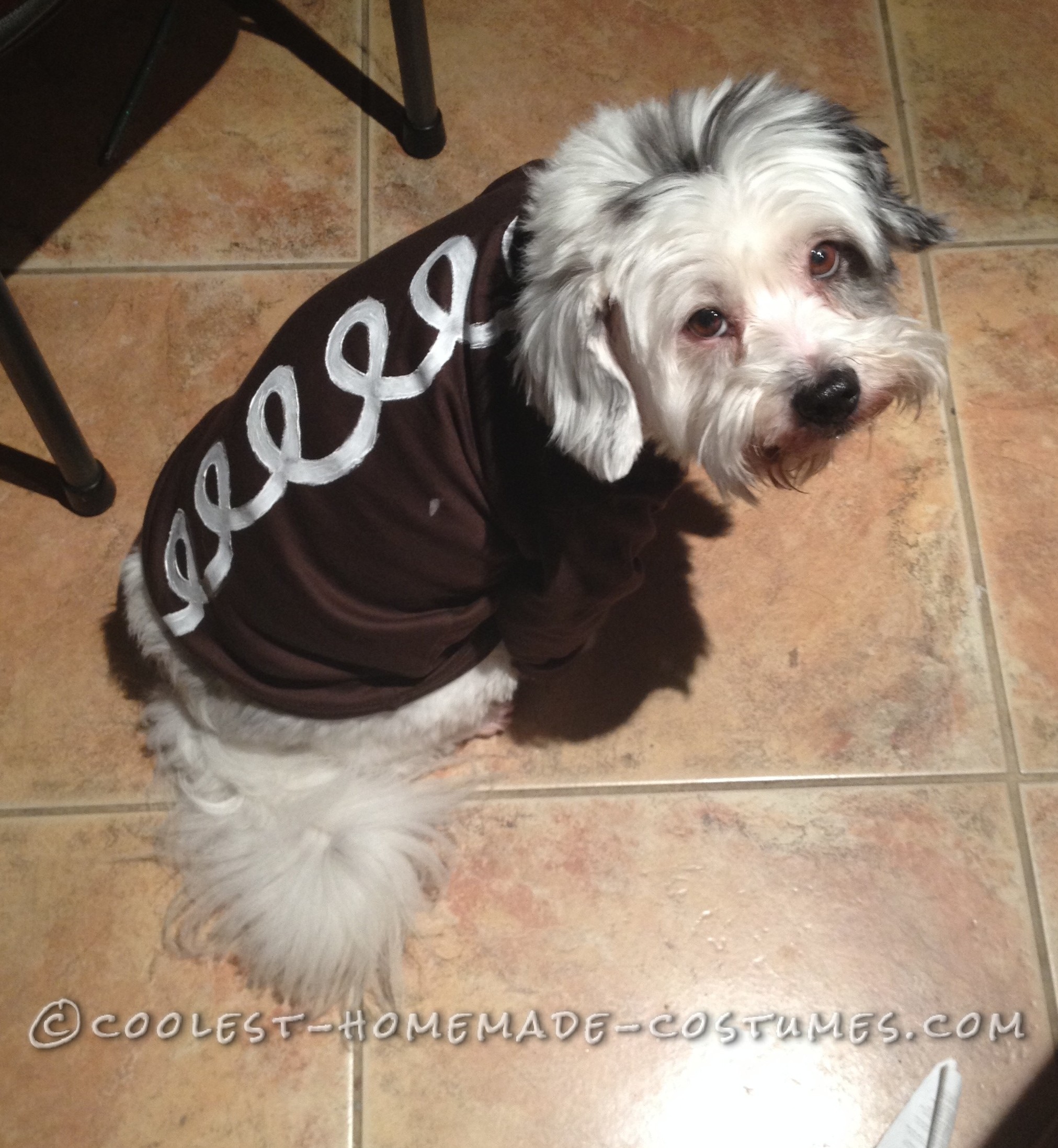 MY little Marshall is a 25 pound white fluff ball! 20 pounds with out all his adorable fur! So I wanted soemthing as cute as him! All of the pet stores have costumes with hoods, he WILL NOT wear hooded costumes! He has very sensitvive ears, so I wanted soemthing that wouldnt hurt him! I wanted something that wasnt made out of those cheap metallic fabrics, just something absolutely adorebale!

So I decided on a Hostess Cupcake!

First: I went to walmart and headed straight back to the toddlers section! It took me a while to figure out if i wanted long sleeves or short sleeves, I also want a nice thicker, sturdier material to paint on. So i went with a turtle neck and cuffed the sleeves on his itty bittty arms, It was much cuter that way!

Second: I couldn’t quite decide if I wanted to cut out the curly que in felt and glue it on or paint it, I ended up painting it on with fabric paint, It was much lighter, I didn’t want anything to heavy, after all, he is just a dog! Before I started the painting i made sure there were no wrinkles in the and put a piece of cardboard in between the front and the back of the shirt (Where is sweet little body would go) so that it wouldn’t stick together! I got some of that 3-d fabric paint and squirted it on to a paper plate, and hand painted it on with a paint brush, It helped create a more uniform line, versus squirting the curly que directly onto the shirt! Be very carful when you’re painting, If a little bit of paint gets where you do want it, it’s not gonna come off, because it’s made to stick!

And Voila! You’re little pup is all ready to get packed up and delivered to the nearest grocery store! (Wink wink)

TIP: Be sure when you get home to try the shirt on your dog BEFORE you put paint on it that way you can exchange it if its too big or small!

His butt fluff makes him look like hes filled with cream!

He’s so cute you could eat him up! 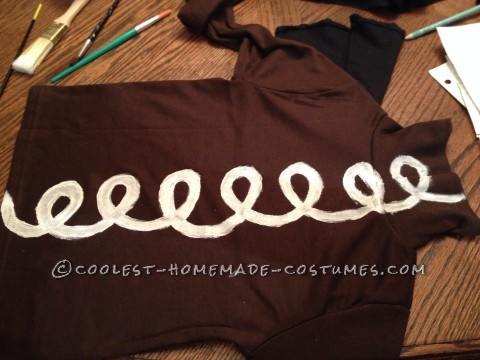