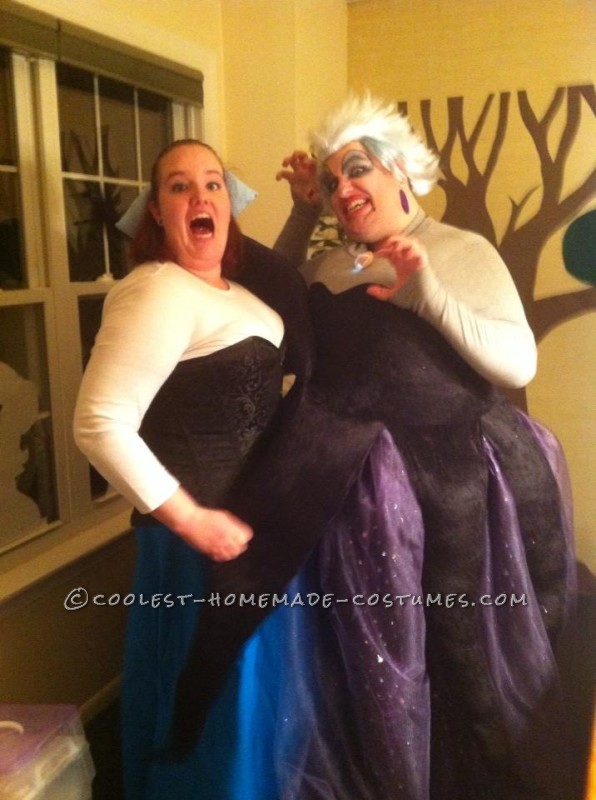 This was the first time I’d even thought to attempt an animal human hybrid costume, and it might be my last.  My childhood friend asked if I could transform him into Ursula for Halloween.

“Sure,” I said, little did I know I had my work cut out.  He’s a big boned guy, but had been working on losing weight.

“You’ve reached your goal weight, NOW you want me to make you into a fat woman?!” I laughed, “Then you need a fat suit, and I’m not making one—ain’t nobody got time for dat,”

So the easy part was done.  I reallocated the stuffing from the limbs into the torso of the suit to make him more…endowed and I had him buy a gray long sleeve shirt, on which I’d attached everything. I draped a piece of the crushed panne that I was using for the bodice and tentacles.  Then I quickly realized that because of its stretchy nature that it is better to make a flat pattern, DO NOT try to drape and sew, it’s deceiving.  After topstitching the bodice onto the shirt I drew up a pattern for the tentacles.  16 completely free form triangle pieces later I stuffed them firmly, using the better part of two 32 oz. bags of poly fill.

The tentacles were articulated with 12 gauge wire from the floral department of Joann, thick enough to give shape, but malleable enough to bend freely and I doubled the pieces for good measure.  They hung nicely over the tulle cloud underneath, made up of two types of glitter tulle and crinkle lame, about 7 yards each, simply gathered into a drawstring waistband.

To finish it all off, he bought the Disney licensed wig and glowing seashell necklace.  Aside from nearly overheating, he was happy as a clam, so to speak.  The drawn on eyebrows and lips were really the best part.  When we took it to Fair, every fifth person either pointed him out, hollered at him excitedly, or wanted to take his picture. 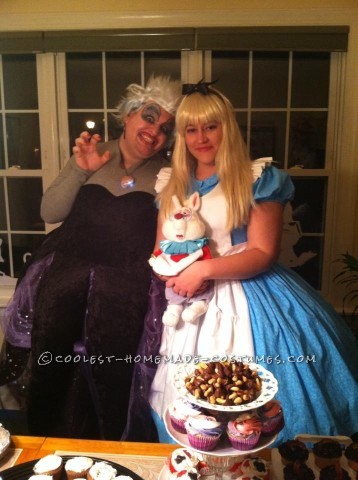 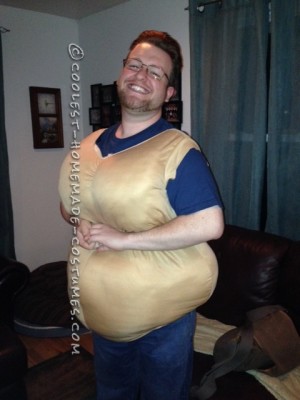