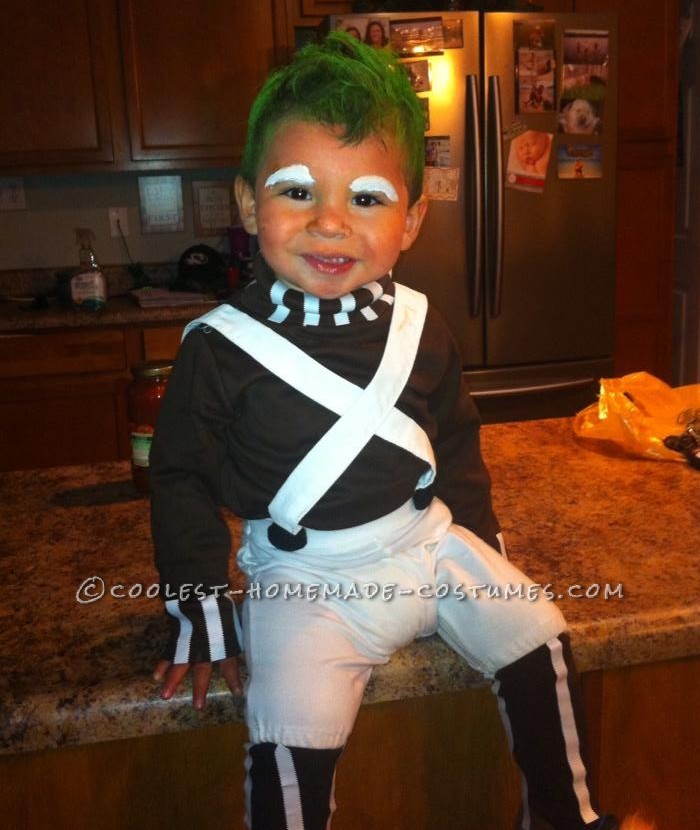 Hi my name is Wandy and my mother and I  wanted to create something different for Halloween. Our neighbor sent us a link to different costumes. There were so many to choose from. I liked the idea of a homemade  Oompa Loompa costume for my  son. My son is 1 year old.

I asked my mother  to help out and I was afraid that we couldn’t pull it off. It was hard to measure him because he is like a worm.

We headed out  to Wright City Park where he was stopped and admired. People would say how cute he was. He won most creative costume and I was very happy to see that our efforts were so appreciated.

My first son, our first attempt at making a costume for him, and to win something was very surprising to me. We were all surprised that he won most creative costume. You can see how happy he is with his new costume in the photos. Oompa Loompa – Josue. 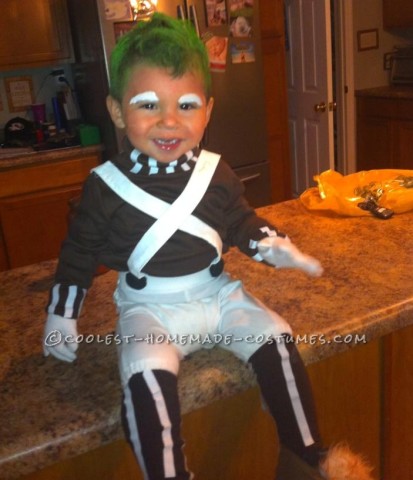