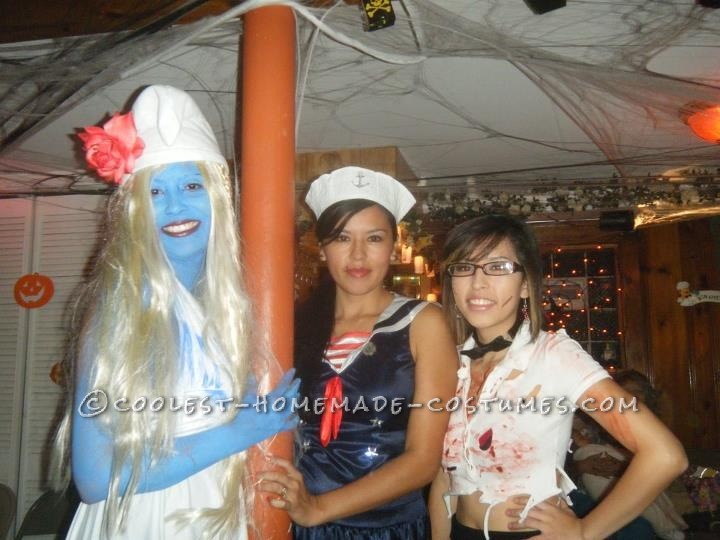 Having hardly any money to spend for costumes for the whole family, I decided to create a homemade costume instead of buying one. I decide on a Smurfette costume idea. I had to gather my thoughts and figure out how in the world I was going to do it, since this would be my first time doing a costume.

I went to Michael’s the material store and asked how to do a costume. I was fortunate that they had a sewing class available. I took this class a month in advance so I was able to sew my children’s’ costumes also. I had to buy white material for my dress as well as for my hat. The sewing part was a challenge until you get the hang of the sewing machine.

I went to Party City to buy blue paint for my whole body.  I went to the dollar store to buy blue nylons. I also used a wig for my hair. I used a flower on my hat so it did not look plain. Overall I would recommend to anyone to be up for the challenge. I spend half the money I would have and also learned something new and from now on I will never buy a costume again.