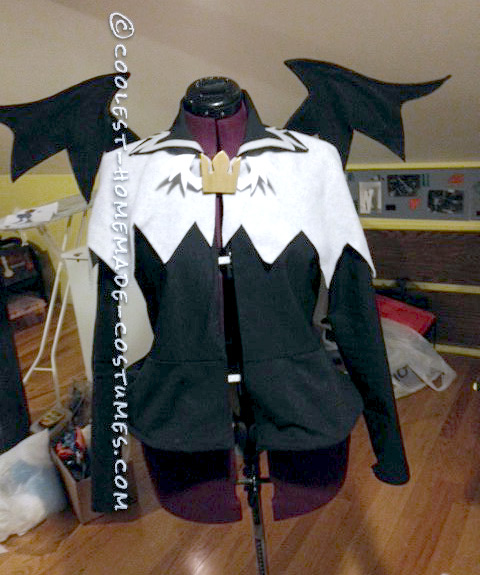 The would-be (if I ever had the time or money) cos-player in me approached this with a sense of… well let’s be honest, I put it off till the last possible second so that I had no choice but to approach with the sense of I gotta get this done!.

My boyfriend is a big fan of the Kingdom Hearts franchise, but to say fan might be a bit of an understatement, he’s nuts about it all.  And when my friend and I decided that our Halloween party was going to be Disney themed, he just about lost his mind. In an effort to avoid driving myself crazy while making four costumes in a couple months, we had decided to store buy what we could; pants, jacket, and gloves, then modify them. Bad plan. When all was said and done, we kept the pants, and threw out the rest. I think now, hindsight is 20/20 and all, that it was a terrible idea in the first place and that I would have saved myself a lot of trouble had I started from scratch.

I just trimmed the store bought sweat pants to capri length, then elasticized the hem, and made belt loops from the extra fabric.  The shirt was also store bought, but I set-in a piece of felt with crossed ribbons. Alright, easy enough so far, but then there was the jacket, my kryptonite! I had tried to make it from a hoodie, but failed when it came to the hem. Interfacing? Too floppy. Plastic boning? Too rigid. Too this, too that and so on, now it’s 3 am and I’ve about had it when I flop down on to the carpet and there in a pile of fabric scraps from the my Ursula tentacles, is a piece of wire, Light bulb! I put it right into the hem and like magic, it did exactly what I wanted.

Alright, I sighed, now onto the wings. If you think you can get away with only using Peltex interfacing to support anything, trust me, think again. It was an easy enough fix though, I just used a 20 gauge wire in between the layers of felt and stuck it down with hot glue. Then I cut the crown shape for the brooch out of basswood, painted it, added two pin backs, and glued on felt wings. For the gloves, I simply traced his hand and added seam allowance.

When it came down to the mask, I totally cheated. Joann has these animal hats made out of stiffened felt and I just tore off the tiger face and glued on the black felt pieces for the jack-o-lantern face instead. The stockings however, were his job. He used knitting needle point protectors and glued them onto a pair of stockings, then very carefully put a second pair over top making the “thorns”.

We styled the wig and had a friend of mine craft custom fangs for the occasion. When all was said and done, I was happy with the overall costume even for the short amount of time we had. 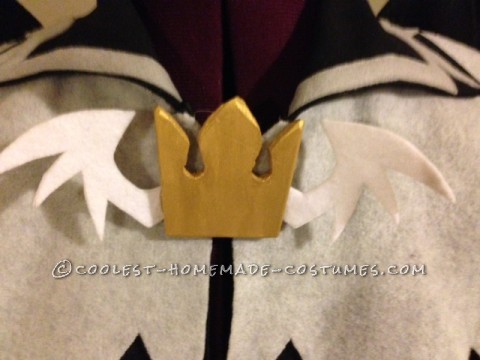 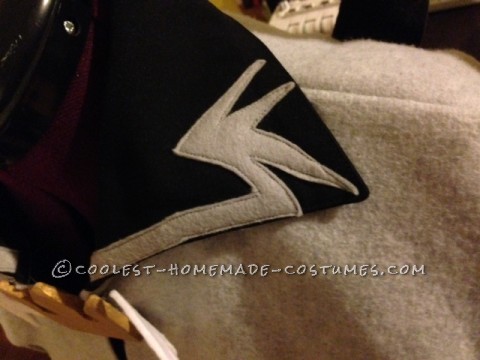 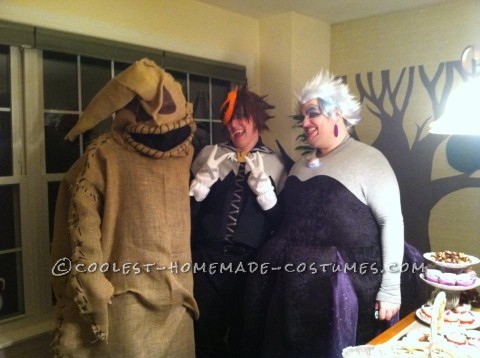