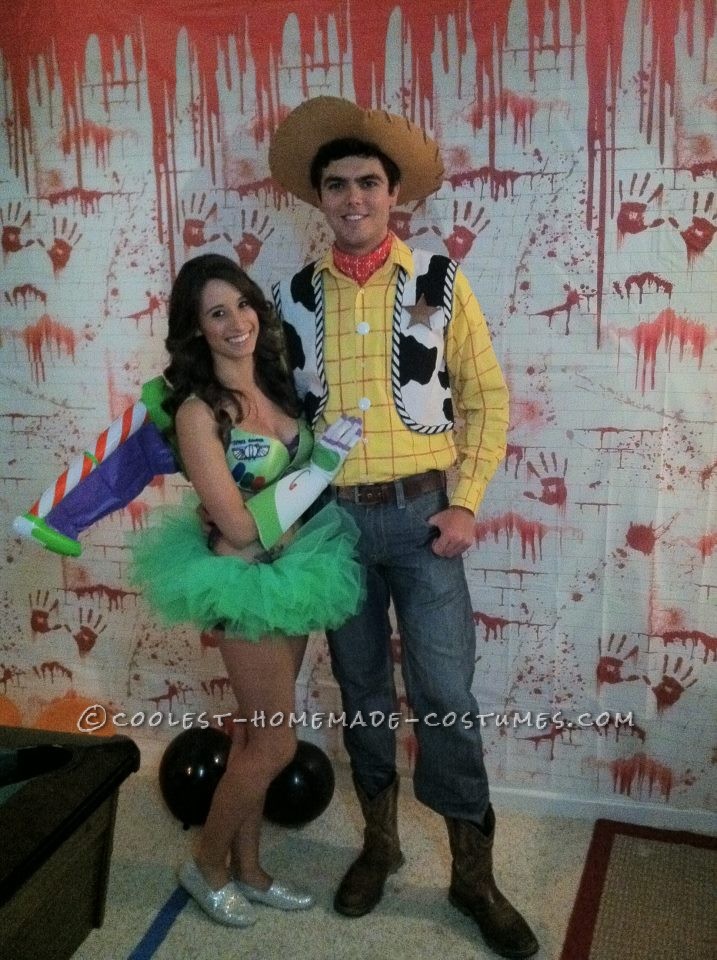 I’m totally obsessed with Disney, so naturally I felt it was time to do a Disney inspired homemade couple costume! So I chose Buzz Lightyear and my boyfriend opted to be Woody (he hand made his costume as well, complete with a fully functioning pull cord). So the first steps I took to make this costume was to find a comfortable bra, which I managed to strike gold on and found it in the perfect shade of green!

I then went to a local Halloween store and found the inflatable wings, and set of gloves (all children’s sizes). Last big piece was the tutu, which I also managed to find in the matching green color of my bra! SCORE! Then came the real work. I purchased one small sheet of green, blue, light blue, white, red and yellow felt. I also purchased purple, and black fabric paint and a purple thick ribbon.

I began my painting the under wire of the bra with the purple fabric paint, as well as painting the clasp part in the back of the bra as well. While I let that dry I began painting on the felt fabric all of the decals of Buzz’s flight suit (this was the part that took me the longest, I’m a perfectionist). After they were completed and dried fully (let sit about a day to be safe) I cut each decal out and began hot gluing them to the bra. I then cut two small pieces of the purple ribbon and hot glued them to both sides of the bra in the middle just to add a tad more detail.

Finally I finished it off by pairing it with some silver sparkley TOMS and DONE! 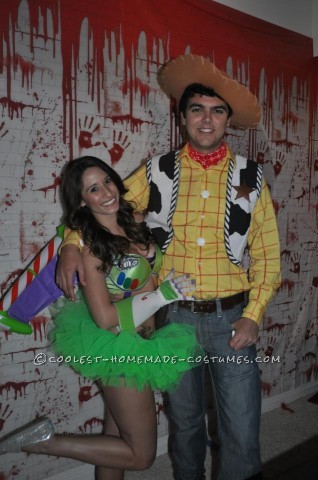 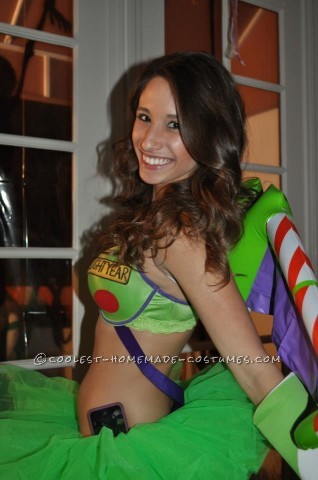 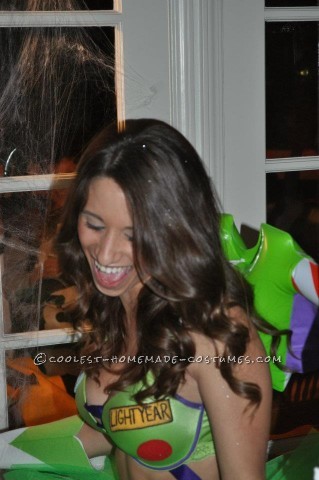