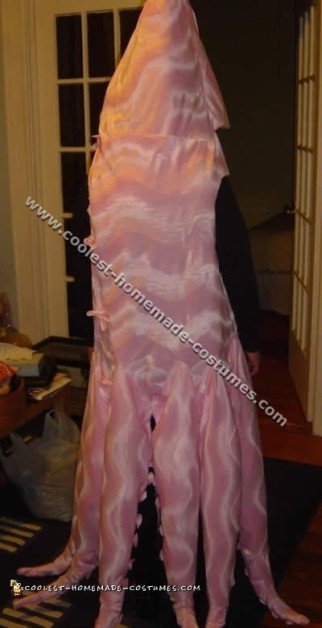 I know I’m probably the only person who would admit to this: I have always had this Halloween idea to dress up as a Pepto-Bismol pink squid for Halloween. Strange but true. I don’t know why – for some reason I found it immensely funny. So I decided to do it for this Halloween.

I made the costume out of about three yards of pink Velor and used every last bit of the fabric constructing the costume. I had not measured it out before hand so I was lucky that I had enough because I had ordered the fabric online and there was no way to get more in a hurry. The whole thing is hot glued together, no sewing (hot glue works as well as sewing and takes a lot less skill and way less time). All 10 arms of the squid are stuffed with plastic grocery bags.

The rigid body structure is made of a large roll of bubble wrap with cut-outs for the arms and my face. Every arm has a full set of suction cups made out of the same pink Velor fabric. I got so many bewildered stares and cheers when I wore this one around! It was intentionally made in the style of those Sanrio toys where Hello Kitty being an animal character herself is ironically wearing the costume of another type of animal like a butterfly or a bear. 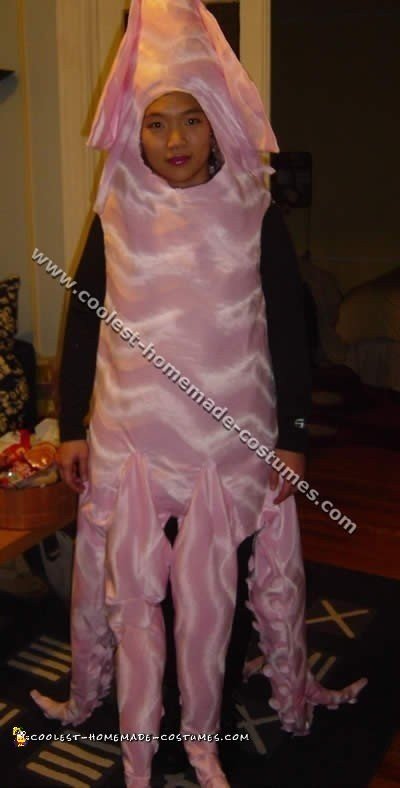