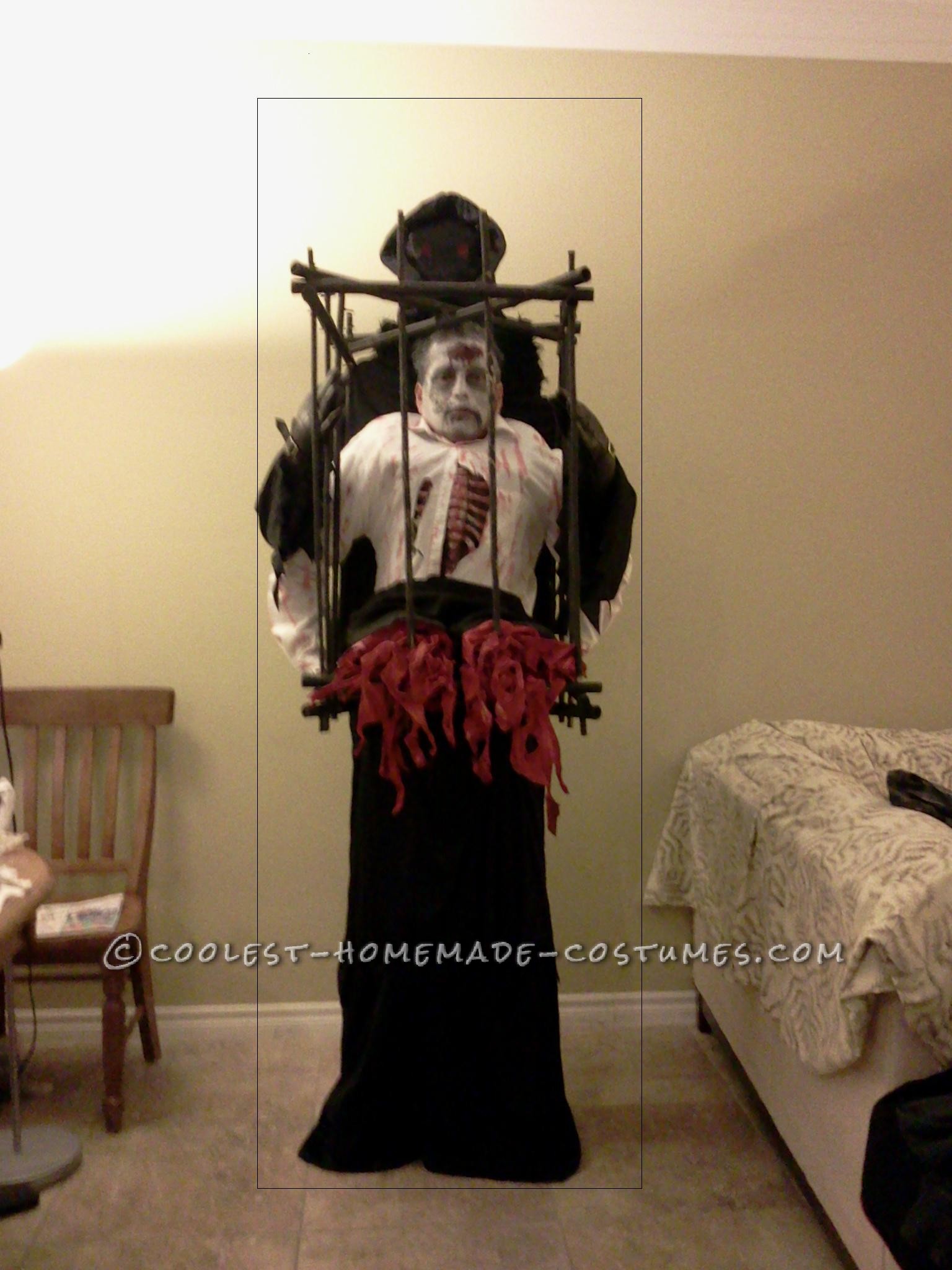 I always try to come up with some type of crazy or different halloween costume, the previous year I wore the illusion costume of the gorilla carrying the safari guy in the cage, it was fun! a cool illusion, I starting to think how I could use the same costume but make changes to it, then I started to think what if I made the gorilla a grim reaper with a zombie in the cage but could make the illusion of the grim reaper carrying a zombie with half his legs still attached.  I have some super tall halloween boots so I needed a lot of black material so you would not see my feet, I bought a cloak hood to cover the gorillas head also , plus some red light up eyes to put under the cloak hood the lite up when dark they looked pretty cool at night, then painted the cage with flat black paint, then found some old dress pants cut them in half also an old white shirt but cut the middle of the shirt open and used a chest from an old skeleton and added some blood so it looked like the chest bones were sticking out, then got card board rounded cut up some old white t shirts and stuffed the cardboard to make the legs look like they were shred flesh after I had the legs just right I took them apart bought red spray paint and painted the ripped t shirts let them dry and painted them a couple more times to give the flesh illusion, with the boots it made the reaper look approx 6.2  super tall , then added the face make up grey shade with blood,  I think it created a great illusion, it was fun! I won a costume contest at a party! 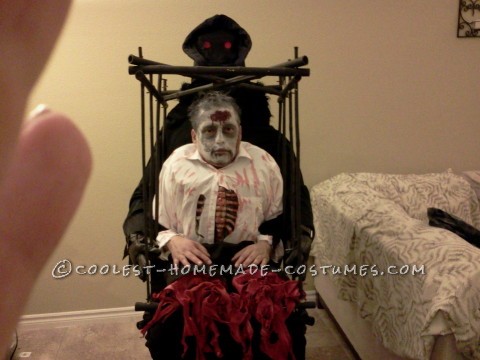