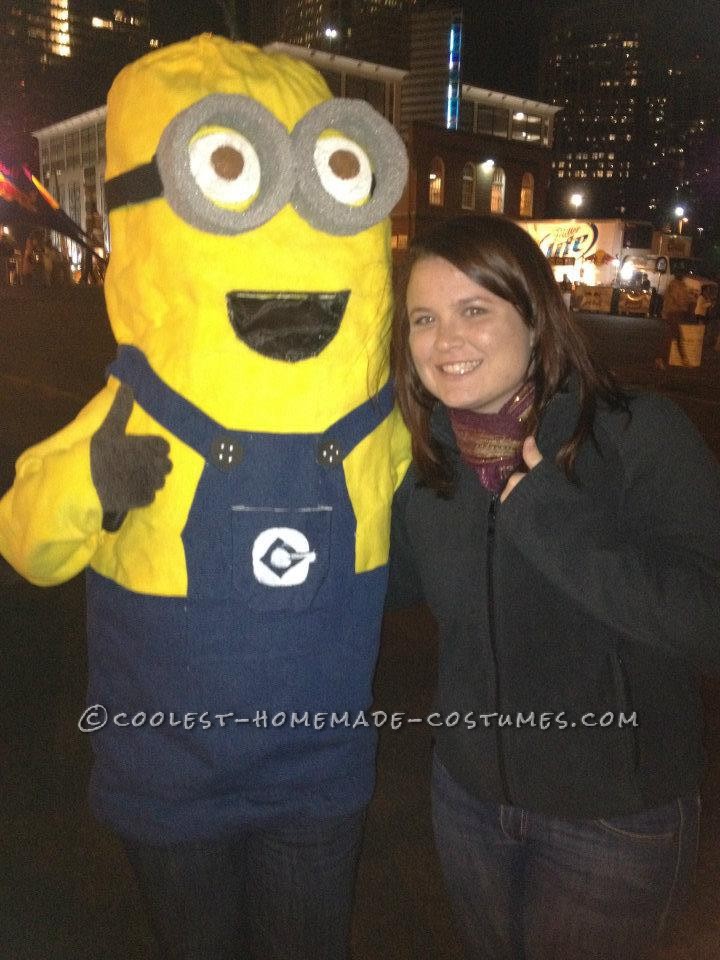 I love to create costumes, to me it’s just fun to be something else for a day.  I also have been a mascot for my high school and college where I get all the fans pumped up.  So for Halloween last year I could not think of anything better to be than a Despicable Me Minion from the kids movie Despicable Me.

SO, to make this costume I used chicken wire for the base, followed by coated the wire in masking tape several types for stability.  Next, I hot glued yellow felt around the frame and used denim to make the overalls, the googles were made out of styrofoam used typically to create solar systems then I painted them.  Those are the major components, other small materials were used as well.

This was the best costume ever made and it got me on stage in a major Charlotte event where One Republic performed the video is attached, I can be seen on stage at 1:28 sec into the video, by far the best Halloween of have ever had!  Only down fall was everyone thought I was a man, haha! People act like a women can’t wear anything but a sexy costume, pshhh please. 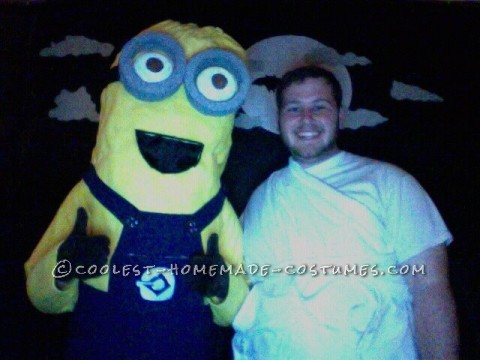 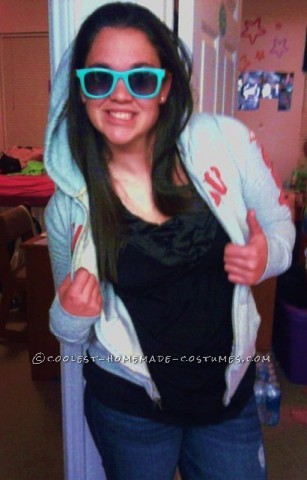