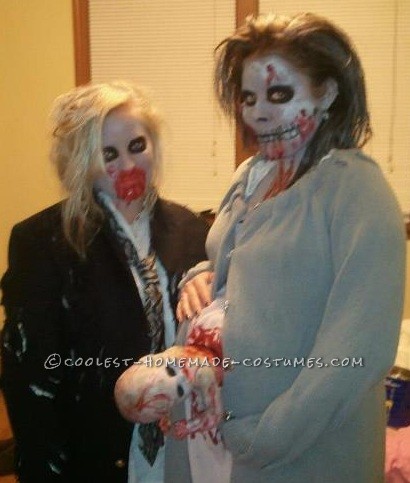 This was the first year for Halloween that I decided to go a route other than looking for a cute or sexy costume and dress in skimpy clothes. Not only was the costume much WARMER, but I spent next to nothing on it and got more compliments on it for the fact that it was much more original than a store bought costume. I got a much DIFFERENT type of attention than I’ve received in the past and it was SO FUN!

There was a big zombie crawl fest type of event near my house last year which is why I did it, and TONS of people were dressed as zombies so it was a lot of fun. My friend and I were just going to dress as normal zombies, when I got the idea for us to be a zombie couple, and I was the pregnant zombie wife (I wasn’t REALLY pregnant). I made a fake pregnant belly out of materials I already had at home, and we bought our fake zombie baby and our clothes at the thrift store. The most money we spent was on some makeup, and even with that, the total of both of our costumes together was under $30 (which is less than half the price of what I’ve paid in the past for store bought costumes).

I got a lot of really neat makeup ideas online and it turned out REALLY good! TONS of people were coming up to me and wanting to take pictures with me. It was a lot of fun! The only down side was that it was so cold, I had to wear my boots and a long sweater which kind of ruined the whole look I was going for with the dress I was wearing. Plan on doing another homemade zombie costume this year, but need to step it up from last year! 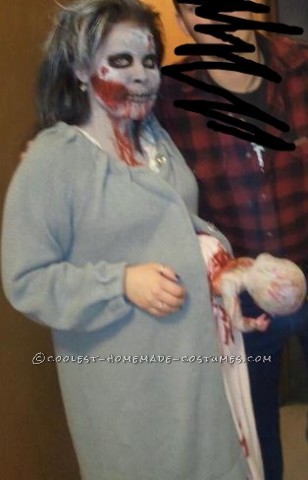 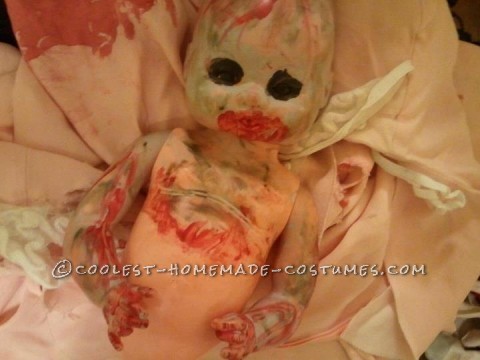