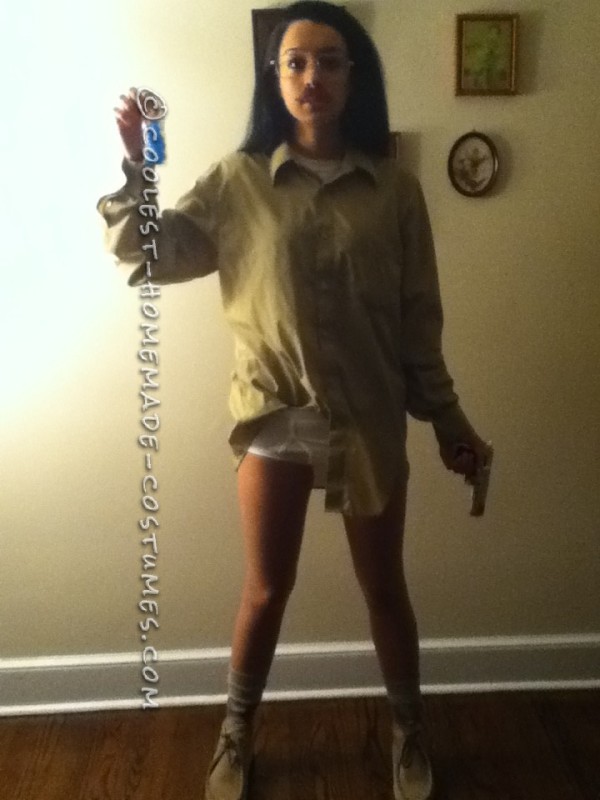 As a huge Breaking Bad fan would be, I was heartbroken to see the show come to an end at the end of September. Halloween (being a month later) was the perfect opportunity for closure on the show. Not wanting to have a spolier costume, I chose to make a Walter White costume from the very first episode. I made a bag of his famous blue crystal meth by crushing a bunch of blue jolly ranchers and paired it with a toy gun. I wore glasses, a mustache, his Clark’s shoes (even matching his socks exactly), his green shirt, and his well-known tighty whities. There was some confusion with my costume from crowds. Mostly because I am a girl and not everyone has watched the show. Most people were able to recognize me, some were dressed as others from the show. It was a great cult costume and it was a bittersweet experience getting to dress as a character of a show I will miss.