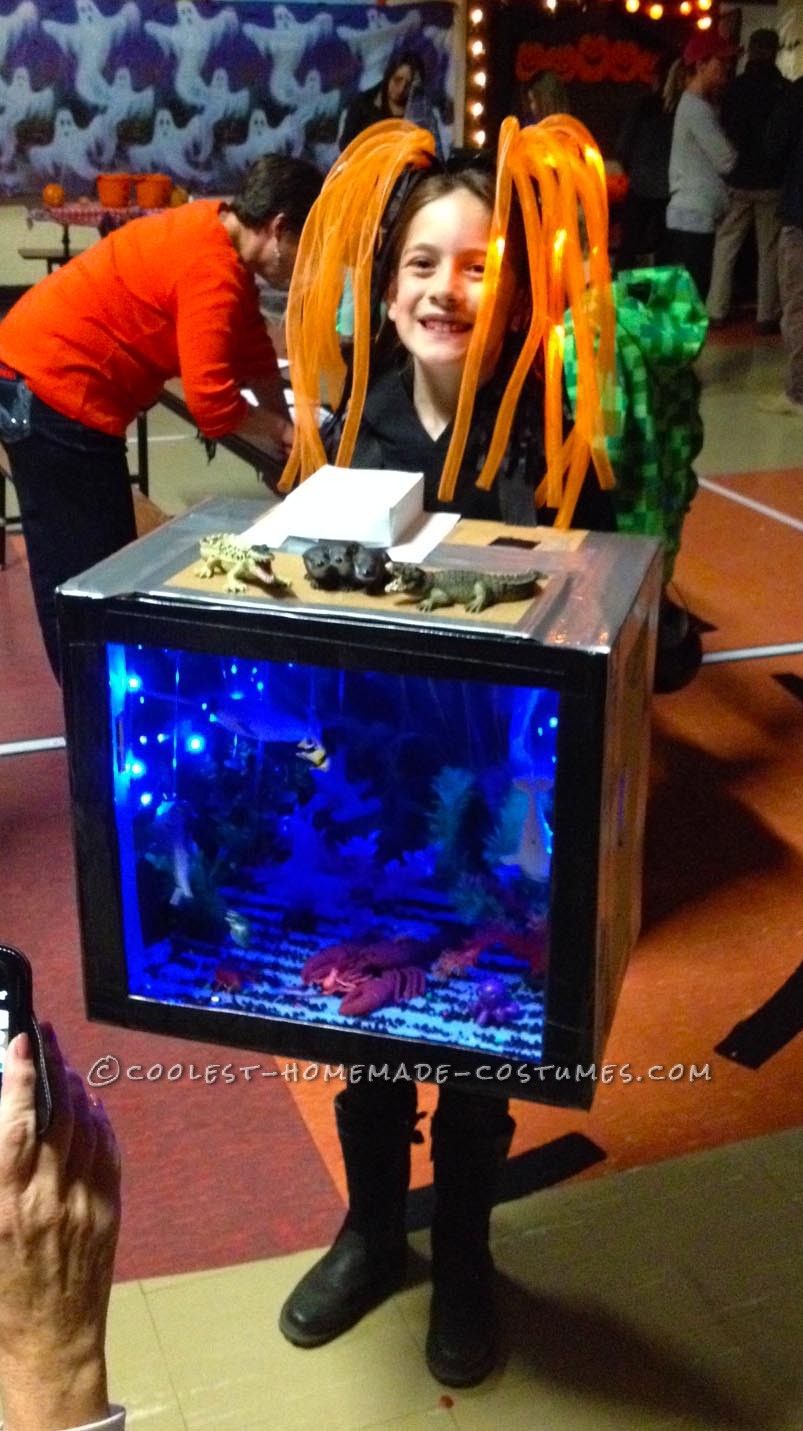 My daughter wanted to be an aquarium for Halloween and although I was daunted at first, it actually came together pretty easily and it was a huge hit at our Halloween party.  Kids and parents swarmed around her to get a look at the inside of the aquarium and she won “Most Creative Costume”.

We cut the flaps from the top of the box (also the front of the aquarium) and glued them so they created a lip around the front on all sides.

We then glued and taped the aquarium background paper into the back of the box, over the straps.  It was long enough that it covered the sides as well.  We then made strips of hot glue on the floor of the aquarium and sprinkled aquarium rocks on the glue.  We strung the sea toys with fishing line, poked holes in the ceiling and tied them at the top. We also glued animals to the floor.

We covered the top with grey duct tape, covering the holes and fishing line and then made a border around the entire front with black duct tape.  We added the string of LED lights around the back wall and thread the battery pack up through the top of the box, affixed it and made a little box around it with paper to look like a filter.

I picked up her head piece at a Halloween sale at our local dollar store – we thought it looked like an anemone. She also wore a black hoodie, black pants and black boots.

It was definitely the most popular costume at the event!