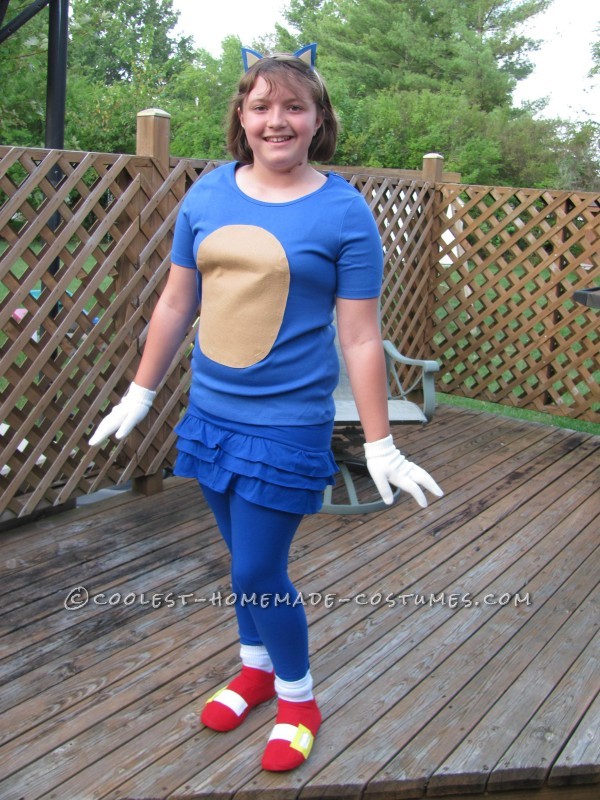 My 11 year old daughter wanted to be Sonic the Hedgehog, but wanted the girl version.  Well, my parents went and bought her the already made costume.  To put it mildly I said “YOU WILL NOT BE GOING IN PUBLIC IN THAT OUTFIT!!!!”  Okay, maybe I was a little loud about it, but boy was it form fitting.  This was an hour before she was suppose to make an appearance in a costume parade.

We hurried to the store and I bought various pieces of clothing and craft supplies and came up with this costume.  It was a mad dash to say the least.  The hardest part was trying to come up with Sonic’s boots.  I figured out it would work to use red socks over tennis shoes and we added foam details.  She was so excited that it all came together and she loved it.  The only problem is that most people thought she was a shark.  This did not make her happy.  Why would a shark have ears coming out of the top of her head and multiple spikes coming out of it’s back? 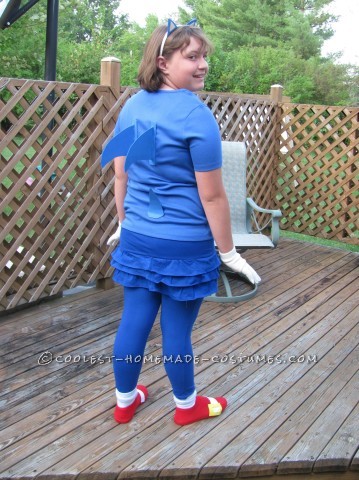