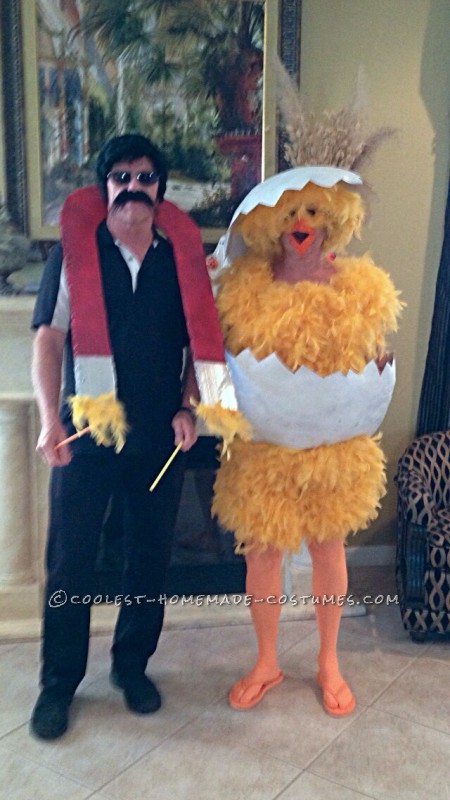 My husband and I are into karaoke.  He was singing the song Fever,  and one line of the song was “chicks were born to give you fever,” so I thought of making a chick costume. I made him a chick magnet costume out of styrofoam, and I glued  feathers to to ends. His song was a big hit and we also won the Haloween costume contest.  I made my costume out of paper mache. I got a big beach ball as my form to work with, flour water, and newspaper  cut into pieces and dipped  in the paper mâché, and put on the ball . First I made the top of the egg, then the bottom. I made the bottom with an opening for me to slip into, and it sat on my hips.  Then I bought  yellow shorts, shirt, a hat , and six feather boa ‘s ,cut and sewed on  the shirt, shirts and hat. I  got orange tights, and orange flip flops,  I also made a mask out of cardboard and feathers. For the beak,  which I attached to the mask,  I used orange cardboard. I put the feathered outfit  on slipped into the egg bottom, put the top of the egg on my head, and I was set to go. i actually won first place at two party’s . 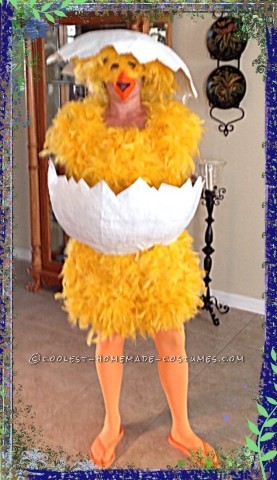 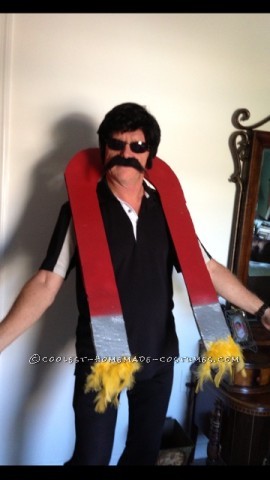