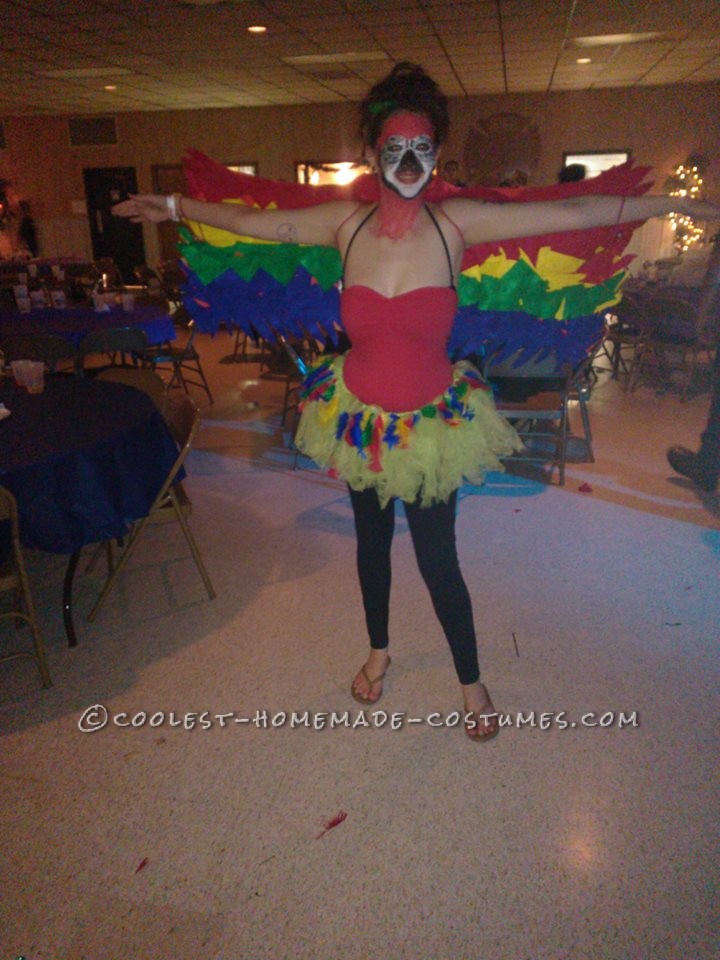 Then I cut almost all of my felt into triangles and glued them on to the red paper. I used just plain Elmer’s type glue…DO NOT DO THIS haha. I ended up having to re glue it with hot glue!  I put my red triangles on the top, my yellow below that, my green below that, and finally the blue at the bottom. I had saved one piece of each color of felt for my tail feather. I cut the tail feather felt into big triangles. one big triangle out of each piece then I glued them on top of each other in the same color order that I did the felt on the wings. I cut a hole in each wing by where my wrists would be and I put a piece of the stretchy cord through each and tied it so that I could flap my wings. Then I realized that they weren’t going to stay up and had to cut a hole in each wing to make shoulder straps out of the red cord. I then hot glued the feathers on to my tutu. I decided to wear black pants under my tutu because it was freezing out! I wore my red tank top too. I put my hair up with bobby pins into a fauxhawk and curled it. I put two feathers in my hair. The funniest part was my face paint, I wanted to go with funny but I’m pretty sure everyone else thought I was terrifying. I painted my face just like I thought a parrot would look. I thought I had bought face paint but it was acrylic paint probably not a good idea because it got stuck in my hair and wouldn’t come out. I think the hardest part about my night wearing this costume was fitting past people and going to the bathroom with my tail feather! The most fun part was going up for the Halloween contest and flapping my wings at everyone and yelling bird noises! I seriously felt so funny in this costume and people really liked it. A few people came up to me to ask if I made it myself and tell me that it was super creative! 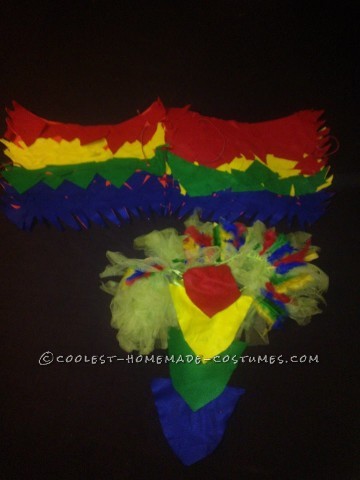 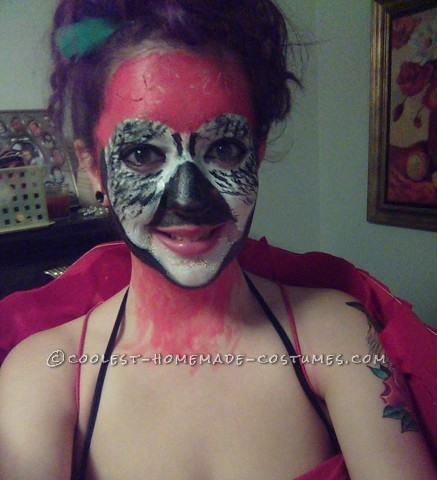