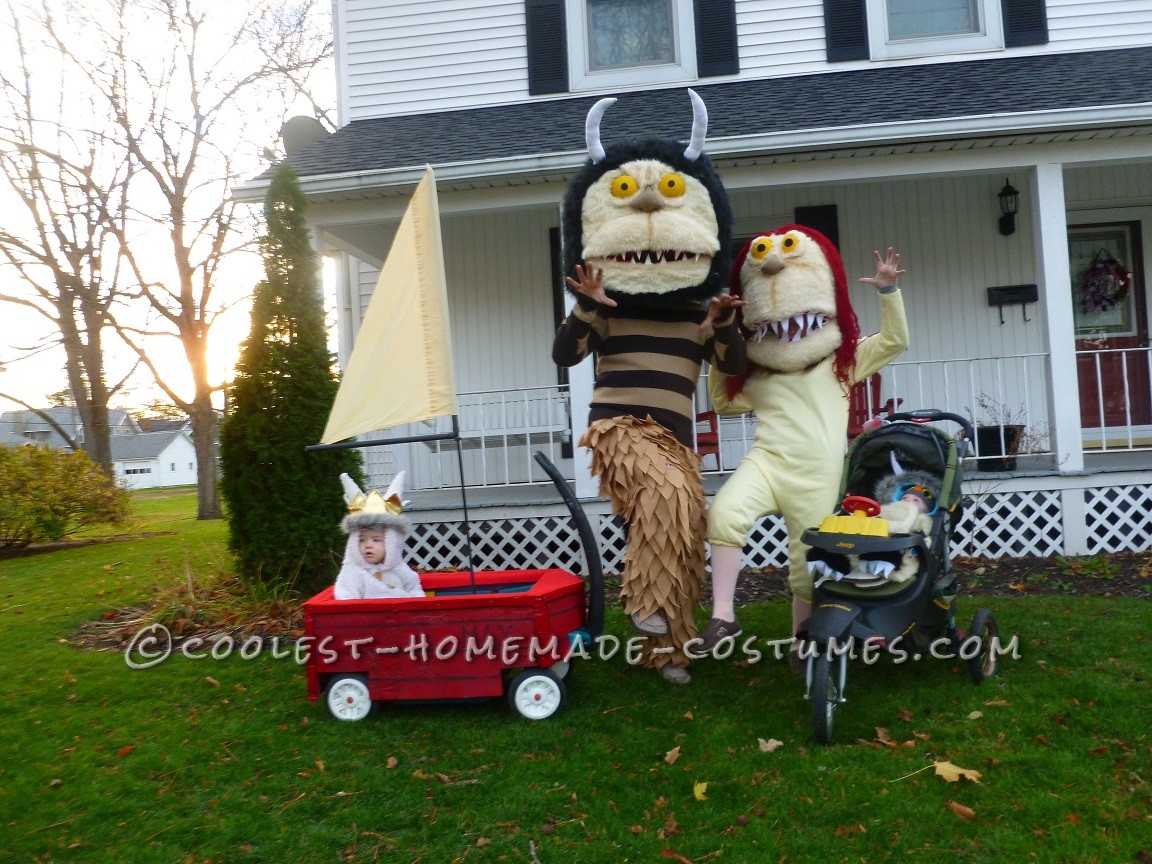 On a family trip to Chicago one weekend, our family walked into a costume shop just to look around.  My husband spotted a “Max” costume and we thought it was fitting since our son’s name is Max. Unfortunately it was too big, but it lit a spark and we decided to make it a family affair making our own costumes and then later ordering a Max costume online.  After days searching online, I could not find a Max costume that had good reviews and was under $100 so I decided to attempt it myself.

First I started with KW/TWizzy.  I sketched out half an oval onto the back of my fabric, put “like” sides of the fabric together, cut them out and sewed them together.  I put it inside out on a ball sketched out where the eyes and nose would go, and where the little shaded lines would be by the mouth.  I cut out the eye holes, covered styrofoam balls with yellow felt and inserted them in place. I molded clay and covered with pantyhose for the nose and sewed it on.  Then I stuffed it and hot glued it onto a cardboard hat I made that kind of ended up looking like a cowboy hat.  I made the teeth out of felt and glued on. Then I hot glued on the chin (which was basically a stuffed tube I made.  Then came the hair- hot gluing strands of red yarn.

Next came Max. I followed a pattern for a zebra baby costume and made a lot of adaptations.  I made the wolf ears by sewing triangles together and stuffing them and sewing them on the head. Then I added the tail, and some pointy toes. For the crown, I cut out the template on thick paper and sewed the material right to it, then hot glued on the fur (which was left over from the tail).

Then was Moishe/Carol.  My husband was the brains behind his.  He glued layers of foam together (which made it suuuuuper heavy), and shaped it from there. He the glued on the fabric, inserted eyes and nose (which were like KW’s).  His teeth were made from a 4 wheeler license plate. and glued in place.  For his pants, I sewed felt triangles onto pajama pants and sewed on a furry tail. 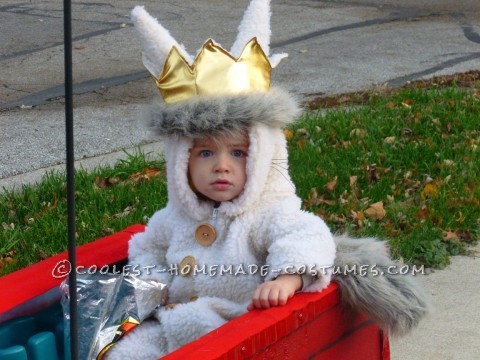 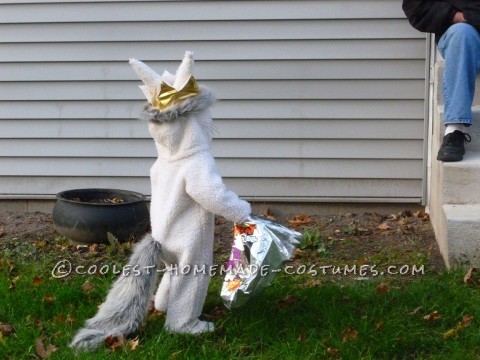 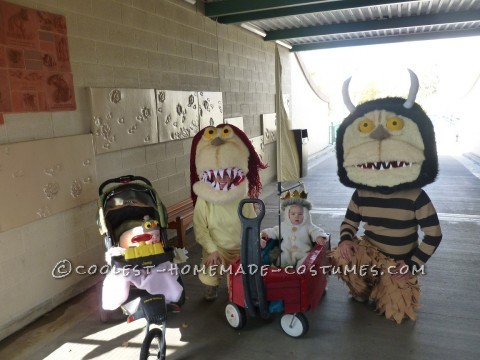